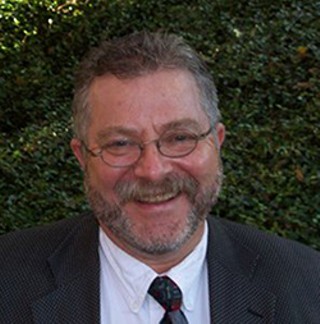 ACC Trustee Tim Mahoney says the board was kept out of the loop on the administration's decision to cut health coverage.

When there's a story about employees getting their hours cut so their employers can avoid giving them health care coverage, it's usually about big, private companies like Five Guys Burgers or Dave and Busters. It's not institutions of public education. But adjunct lecturers at Austin Community College face a pay cut as the college administration dodges giving them coverage under the Affordable Care Act.

In a memo sent to adjunct staff on Nov. 22, the administration laid out two changes to its employment rules: changes to the Teacher Retirement System of Texas, and to who would be covered by the ACA. The good news is that staff who work more than 20 hours a week will be eligible for TRS benefits. The bad news is that ACC staff were informed that "adjunct faculty may work no more than a total of 28 hours per week." Not only will this mean some staff getting their hours cut, but it also means they will be two hours short of the 30 hours a week required to be classified as full-time under the ACA, meaning the district will not have to provide them health insurance.

The ACC American Federation of Teachers, ACC's staff union, is fighting against the change, which they see as yet another blow to employees. The union's vice president for faculty, adjunct associate professor David J. Albert said, "We knew this was coming for a while, but it exploded when they sent the Nov. 22 memo." Adjunct faculty association secretary Becky Villarreal said the administration had first shown the memo to officers on Nov. 19, but staff are still reeling from how heavily this will hit. She said one colleague of hers at the Cypress Creek Campus faces losing 11 hours of employment a week, just to bring her below that 28-hour line. Villa­real said, "There will be adjuncts losing as much as $10,000 a year and who will be below the poverty line."

Yet ACC is not alone in cutting hours to avoid ACA compliance. Dallas Community College recently rejigged the hours for 2,500 adjuncts to keep them under 30 hours. And next semester, adjuncts at St. Edward's University will be limited to teaching six credit hours per semester. However, this is a particularly awkward time for ACC to lose staff support. The board is considering a bond election in 2014 to cover the renovation of the old Highland Mall as a campus, and normally the union would be a cheerleader for such actions. But with the administration still covering the costs of the last round of expansion, and campuses like the 1,500-capacity Elgin well below planned enrollment, staff are furious that their pay is going down as the district covers the operating costs of these empty buildings. However, Albert said he did not blame the trustees, because, "I don't think the board knew what the administration was doing." Teaching staff brought the issue to the board's attention at the Dec. 2 board meeting, and highlighted that it could quickly leave ACC too short on staff to function. Albert said, "When they saw this was being lampooned because it violates their own board policy (on sufficient staffing), they're getting back into it."

Trustee Tim Mahoney confirmed that the first he knew about the plan was when he saw the Nov. 22 memo, and that he was "very concerned" that trustees were kept out of the loop until so late. He said, "There are people on the board who are very disturbed about this, for a number of reasons." He argued that it was antithetical to the "community" part of community college, especially with funding always under threat, and he hopes the issue will be reevaluated when the board next meets on Jan. 21. He said, "In order for us to be engaged constructively with this uncertain future, we need to have a competently organized and engaged faculty and staff, from the highest dean to the most important clerk, and I do not see that memo as an example of that kind of coordination for building a common future."

The memo has put new focus on a whole series of employee concerns about staff positions being cut or downgraded. In the same memo, hourly employees were capped at 19 hours a week. Similarly, Villareal currently works as a lecturer and a Learning Lab tutor, so, along with around 50 other employees, is classified as full-time; however, as staff leave or retire, those positions are being turned into part-time positions with no health benefits. During an ACCAFT meeting on Dec. 7, members discussed how some computer support staff have been reclassified from prof-tech (professional and technical) to classified employees, which is normally used to describe positions such as custodians. Then there's the ongoing issue of how ACC calculates adjunct hours, and whether it really pays staff enough for the prep and grading time outside of the classroom and contact hours. Albert said, "I teach four classes, and I clearly work more than 40 hours, but they're telling me I don't."