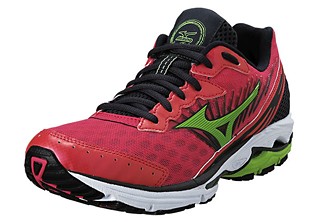 May the Force Be With You

It's a holiday perennial – in fact, it's a perennial perennial – but you can't go wrong with a Molly Ivins tote bag (featuring Molly, natch) inscribed with one of her favorite sayings (in part), "We have to have fun while trying to stave off the forces of darkness ...." $14.95. www.upgnation.com. – Michael King

When dealing with unruly mobs, it helps to have a bug in your ear. Each Karina Davis Bluetooth headset comes preloaded with words of advice from the world's most famous senate parliamentarian. Why move to debate? With a fashionable all-white finish, this accessory will always be germane. $90.99. – Brandon Watson

With the Texas Senate Mystery Jar of the Month Club gift subscription, the holidays will last all year. Each month, your loved ones will receive a beautifully crafted mason jar filled with a specially curated selection of treats. Will it be a homemade brownie or some nontoxic red paint? That's part of the fun! But be warned: These jars may never actually materialize. $500. – B.W.

The Little Engine That Could

The never-ending quest to build light rail in Austin hit another milestone with East Riverside to Highland picked as the preferred route. But don't buy your tickets yet. Remember all those years the Red Line was delayed? So make do with a quick ride around Zilker on the Zephyr Miniature Train. All aboard! $3 adults; $2 kids. – R.W.

Is it really a Christmas tree without the annual Texas Capitol Ornament? This year marks the 18th year the State Preservation Board has struck a new festive gewgaw to raise restoration funds, with a 24k re-creation of the skylights found in the House and Senate chambers. $20. www.texascapitolgiftshop.com. – Richard Whittaker

Ever have that nagging sense that you should do more than serve turkey dinners to homeless people during the holidays? We know the feeling. Here's a way to spread some lasting holiday warmth: Donate to House the Homeless' Thermal Underwear Drive, which makes bulk purchases of cold-weather clothing for hundreds of homeless men, women, and children. www.housethehomeless.org/thermal-underwear-drive. – Amy Smith

Stoked about the idea of Governor Goodhair running for president again? Get your goofy foot on the Rick Perry Stars and Stripes Skateboard Deck. Whether doing a 360 flip on immigration reform or a noseslide on reproductive rights, you'll be the sickest bro on the Keystone half-pipe. $67.95. www.zazzle.com. – B.W.