Texas Preps for Last Inmate to Die in 2013

State will end the year with 16 inmates put to death

On Dec. 3, Jerry Duane Martin is slated to be the final inmate Texas puts to death this year. He was convicted and sentenced to die five years ago for the 2007 murder of Texas Department of Criminal Jus­tice prison guard Susan Canfield during a prison escape.

Martin and an accomplice, John Ray Falk Jr., were part of a work detail in the prison onion field at the Wynne Unit in Huntsville when Martin used a ruse to get near a guard, stole the guard's .357 revolver and tossed it to Falk. The two inmates then climbed a fence where, on the other side, 59-year-old Canfield was on horse-mounted patrol. Falk struggled with her and stole her rifle while Martin stole a pickup truck parked nearby. Martin drove that truck into Canfield and her horse, pitching her onto the windshield. She sustained head injuries and reportedly died immediately. Martin and Falk then drove a short distance, abandoned the pickup truck, and carjacked a woman in a bank parking lot. After police shot out a tire in that vehicle, the pair fled on foot. Falk was picked up within the hour and Martin was found three and a half hours later, hiding in a tree.

Martin was already serving 50 years for attempted capital murder for shooting at police officers in Collin County in 1994; he was convicted and sentenced to die for Can­field's murder in 2007. This June, he waived his right to appeal his conviction, telling the court that when his father passed away in February, "[f]or the first time in my life I felt what it was like to lose a loved one. ... I think Mrs. Canfield's family deserves that closure," the Huntsville Item reported. The state is also seeking death for Falk, who was charged as a party to Canfield's murder.

Martin will be the 16th and final inmate put to death in Texas in 2013, the 508th executed since reinstatement, and – according to the Death Penalty Information Center – the 1,263rd ever executed in the state. 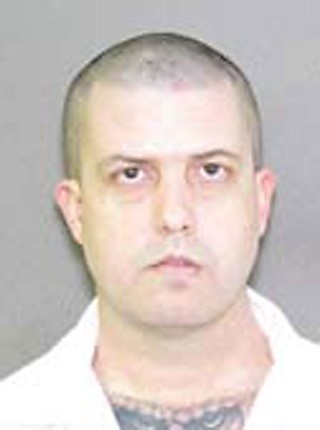 The year-end tally of 16 executed inmates tops 2012, which saw 15 executions. Still, the number has decreased significantly since the late Nineties and the early part of this century, when it peaked at 37 in 1997, and an astounding 40 executions in 2000, according to a chart of yearly executions dating back to 1974 maintained by the Texas Execu­tion Information Center (www.txexecutions.org).

Also in death row news, the Court of Crim­inal Appeals on Nov. 20 issued an unsigned opinion declining to consider an appeal by Duane Buck, who seeks a new sentencing hearing free of racially biased testimony. The court, in a 6-3 holding, concluded that Buck's claim of bias and ineffective counsel wouldn't be heard because it is procedur­ally blocked.

At issue is whether Buck should be resentenced because of the prejudicial testimony offered by a psychologist who opined that blacks are more likely to pose a continuing threat of violence. In capital cases, jurors are asked whether there is mitigating evidence to ease a defendant's culpability and whether the defendant poses a future danger, either inside or outside prison, unless put to death. Buck, who is black, was sentenced to die.

In a lengthy dissent, Judge Elsa Alcala, joined by Judges Tom Price and Cheryl Johnson, noted that Buck's case was not only infected by racial animus but also by deficient lawyering that failed to raise any cognizable issues – presumably, including the bias claim – for the court to review. Buck's lawyers said they will appeal to the U.S. Supreme Court (see "CCA Dismisses Buck Appeal," Newsdesk, Nov. 20).