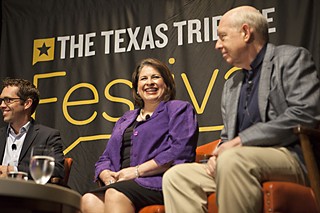 All eyes will be on the River City this Satur­day as Sen. Leticia Van de Putte, D-San Antonio, makes her long-awaited announcement about her 2014 election plans. It's all but confirmed now that she will run for lieutenant governor, but she's not the only Texas politico eying statewide office. With filing for the March 4 primaries closing on Dec. 9, it's time for declared candidates to put pen to paper and actually lodge their paperwork with the secretary of state's office. Here's the full list of filed candidates, as of Nov. 19.

U.S. Senator: Much as he rails against D.C., GOP incumbent John Cornyn wants a third term there. His primary challenger is Chris Mapp, a hardline Tea Partier whose platform tells the unemployed, "If I had it my way, I would cut your money off and force you to starve or work." The sole Dem is attorney Michael "Fjet" Fjetland, previously seen running as a Repub­lican against Tom DeLay in 2000, 2002, and 2006.

Lieutenant Governor: There's a long list of familiar Republican names circling the post – including incumbent David Dewhurst, Land Commissioner Jerry Patterson, and Sen. Dan Patrick, R-Houston – but so far, none have actually made their run official.

Comptroller of Public Accounts: Many Republicans feared that hardline Ron Paulite Debra Medina might muddy the waters in the gubernatorial race as she did in 2010; instead she's entered a comptroller fight with two ambitious GOP lawmakers: Rep. Harvey Hilderbran, R-Kerrville, and Sen. Glenn Hegar, R-Katy. Meanwhile, former Pricewater­houseCoopers partner Mike Collier has positioned himself as a pro-business, pro-oversight Democrat.

General Land Office Commissioner: While Republicans waited with bated breath for the next Bush – this time, George P. – to file, he made his signing a press event on Nov. 19, but the paperwork hadn't actually reached the secretary of state's website by close of business. Democrat John Cook is the sole candidate who has actually registered his paperwork. The former El Paso mayor prioritizes the office's role as a funder of education.

Railroad Commissioner: Since the office has nothing to do with railroad but is actually the state's oil and gas regulator, the sole filed candidate – Dallas-based Republican Party of Texas' Finance Committee member Malachi Boyuls – is running on an anti-regulation slate. 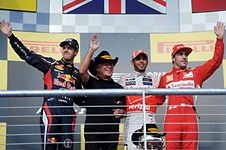 Formula One, Grand Prix, Circuit of the Americas, environment, technology