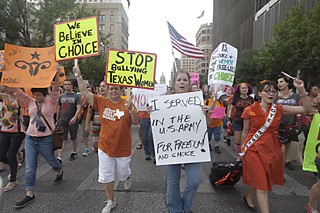 Abortion providers – including Planned Parenthood and Whole Woman's Health, which have clinics in Austin – joined with the ACLU to challenge two provisions of HB 2 that they argued would unconstitutionally restrict access to legal abortion services, creating an undue burden on women in need of care. At specific issue in the lawsuit, filed in September, are provisions of HB 2 that would require abortion-providing doctors to obtain hospital admitting privileges within 30 miles of each clinic where they perform abortions, and a mandate that doctors comply with an older protocol for administering pharmaceutical abortions. Two other provisions – one that bans all abortion after 20 weeks and another that requires abortion clinics to be regulated as ambulatory surgical centers – have not yet been challenged.

In his 26-page findings, Yeakel invalidated the hospital admitting privileges portion of the law, but substantially left in place the restriction related to pharmaceutical abortion – though he provided that doctors may administer medication abortion beyond the timeframe required under the approved protocol when they find there is a medical necessity to do so.

The providers argued that the hospital admitting privileges provision would mean that more than a dozen clinics would shutter operations on Oct. 29 because abortion-providing doctors rarely admit patients to a hospital and thus have a hard time securing privileges. Hospital admitting privileges are granted by individual institutions, based on divergent criteria, and designed specifically to cover procedures that would happen inside a facility. Only rarely are abortions performed at hospitals. In his ruling, Yeakel noted that he has "grave reservations about allowing a hodgepodge of diverse medical committees and boards to determine, based solely on admitting privileges, which physicians may perform abortions."

The state argued that the hospital admitting privileges portion of the law was devised not only to protect the health and safety of women, but also to further its compelling interest in protecting "fetal life." In part, lawyers with the attorney general's office argued that requiring admitting privileges is a way to ensure "continuity of care," and cited research indicating that 80% of negative outcomes at emergency rooms are attributable to a communication breakdown among doctors related to the patient at issue. 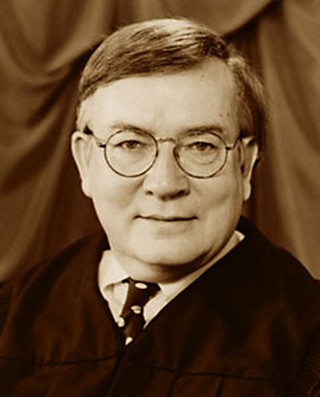 Yeakel, however, concluded that the state "provides no evidence of correlation between admitting privileges and improved communication with patient handoff or that a communication problem actually exists between abortion providers and emergency-room physicians." Indeed, he found that admitting privileges "make no difference in the quality of care received by an abortion patient in an emergency room, and abortion patients are treated the same as all other patients who present to an emergency room," where "the nature of the practice is to treat patients with all possible haste."

Yeakel further concluded that the admitting privileges portion of the law is unconstitutional because there is no rational basis for the restriction, nor does it "rationally relate to the state's legitimate interest in protecting the unborn." And even if there were a rational basis, he determined that it would still fail to pass constitutional muster because it "places a substantial obstacle in the path of a woman seeking an abortion of a nonviable fetus."

But Yeakel did allow a provision that restricts pharmaceutical abortion to stand. The law requires doctors to follow a Food and Drug Administration-approved protocol that requires both drugs of an abortion-inducing cocktail to be administered in person by a doctor within the first 49 days of pregnancy as determined by the woman's last menstrual period. That protocol was developed during testing of the two-drug cocktail in the Eighties, Yeakel noted. The FDA approved use of the drugs in 2000 and shortly thereafter doctors developed an "off-label" protocol that reduced the dosage of drugs, allowed administration of pharmaceutical abortion up to 63 days into the pregnancy, and allowed a woman to take the second drug on her own time, at home. Since approval, over 1.75 million abortions in the U.S. have been drug-induced.

At trial, providers argued that to restrict access to the "approved" protocol would be to require women to submit to an outdated and medically riskier protocol – indeed, the incidence of infection and other complications was higher under the approved protocol. In contrast, the state argued that merely requiring doctors to follow a federal government-approved protocol could not be considered an undue burden.

Yeakel concluded off-label drug uses are "common in medicine," and that providing pharmaceutical abortion per the off-label, evidence-based protocol is a "safe and effective procedure, as is medication abortion with the FDA protocol." And while the FDA-approved protocol is "assuredly more imposing and unpleasant for the woman," that is not an undue burden that would render the provision unconstitutional. He concluded that the state has "broad discretion to regulate medical practice ... even if it means subjugating physician or patient preference." Since an alternative to pharmaceutical abortion exists – that is, via normal medical procedure – there is not an undue burden by requiring the FDA protocol to be used in Texas.

However, Yeakel did find that there are "situations where medication abortion is the only safe and medically sound option for women with particular physical abnormalities," and that an exception to the state-mandated use of abortion-inducing drugs would be allowable for that subset of women when it is the "sound medical opinion of their treating physician" that would make medication abortion the only viable option for women needing abortion between the 50th and 63rd days of pregnancy – the gap in time between the limits of the FDA-approved protocol and the de facto protocol followed by most Texas providers.

Texas Attorney General Greg Abbott has appealed the ruling to the 5th U.S. Circuit Court of Appeals, and is seeking an emergency stay to Yeakel's order based, in part, on an argument that the providers haven't provided any concrete evidence that any individual woman would be harmed by imposition of the new law. Still, Janet Crepps, an attorney with the Cen­ter for Reproductive Rights, who represents Whole Woman's Health, said that Yeakel's ruling is "grounded in fact" and has "correctly applied" existing law, and Texas' "political decision" to appeal the ruling doesn't change that fact.