Then There's This: Homeward Bound 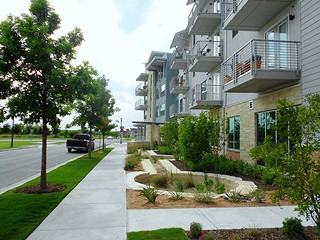 It's rare when a couple of experienced political hands express more than cautious optimism in the final week of a campaign, but the outlook for the city's affordable housing bond – the sole city proposition on the Nov. 5 ballot – holds the promise of a victory celebration at Scholz Garten Tuesday night.

"Hopefully I won't have to eat those words," said David Butts, a consultant on the Keep Austin Affordable campaign, which seeks voter approval for $65 million in bond money for building and repairing new and existing housing for residents with low-to-moderate incomes.

What a difference a nonpresidential election year can make for a housing proposal. At this point a year ago, it was clear to campaign staff that a $78.3 million housing proposition was doomed, as polling data had warned. And indeed, that may be the last time the city places a critical-needs issue on the ballot when a divisive presidential race is in play. Housing was the only loser on the packed ballot, while other propositions – a medical school, road improvements, parks, libraries – all passed easily.

"It just got lost in all the clutter," recalls Elliott McFadden, who's managing this year's campaign.

In hindsight, that kick in the teeth may have been just the ticket for notching up Austin's prolonged conversation about affordability. Housing advocates quickly regrouped and redoubled their outreach programs, fanning out across the city to educate voters. With the blessing of an early campaign start, the folks behind the housing effort are able to breathe a little easier while gauging an uptick in favorable voter sentiment.

"We've got a great field campaign that's been calling and knocking on doors throughout the city, and that's really intensified over the last few weeks," McFadden said. "Part of the goal of the campaign was not just to pass the bonds but to have this conversation about affordability, and addressing the growing disparity. And I think we've succeeded in that."

After the dust settled from the 2012 loss, City Council steadily prepared to place the housing question on the 2013 ballot, which includes nine constitutional amendments and a special election in House District 50. Council also made some progress on narrowing the gap between rich and poor. Last week, over opposition from chamber leaders and large contractor groups, Council raised the bar on the city's ­economic incentive programs, requiring companies on the receiving end to give something in return – higher wages for workers, including construction workers on new projects, as well as health and domestic partner benefits for employees.

Before the 6-1 vote (with Mayor Lee Leffingwell dissenting), Workers Defense Project's Gregorio Casar eloquently reminded Council that the city's work toward making Austin more affordable goes beyond housing. "We can pass affordable housing bonds every year and we still won't have enough housing for people. The root problem has to be addressed," he said. "Economic development isn't just about making jobs, it's about making jobs that take care of people." (It should be noted that the chamber, and others who wrung their hands over the city's new wage requirements, have endorsed the housing bond.)

Butts, for his part, believes the overall affordability message is starting to gain the attention of voters in precincts that delivered lukewarm results last year. The message is making a bit of a dent in Republican circles (local GOP leader Roger Borgelt is a supporter), but most GOP voters will give the proposition a thumbs down, Butts said. "We'll do better in what I would call the Obama middle-and-upper-income precincts," he noted, referring to west-of-MoPac precincts where the housing bond did poorly last year. "We're probably not going to do as well in the handful of precincts that Mitt Romney carried inside the city, but we may do slightly better than last November." Another trend: the "yes" voters are much more diverse than last year. "Every sign we see is that Democrats, women, younger voters, African-Amercians, Hispanics, and seniors – [their] vote is very critical in this kind of low-turnout election."

And for someone who seldom sticks his neck out publicly to predict an election outcome, Butts stuck his neck out: "If we continue to have the kind of turnout we're presently having, we'll win."