Ted Cruz Is the Stuff Nightmares Are Made of 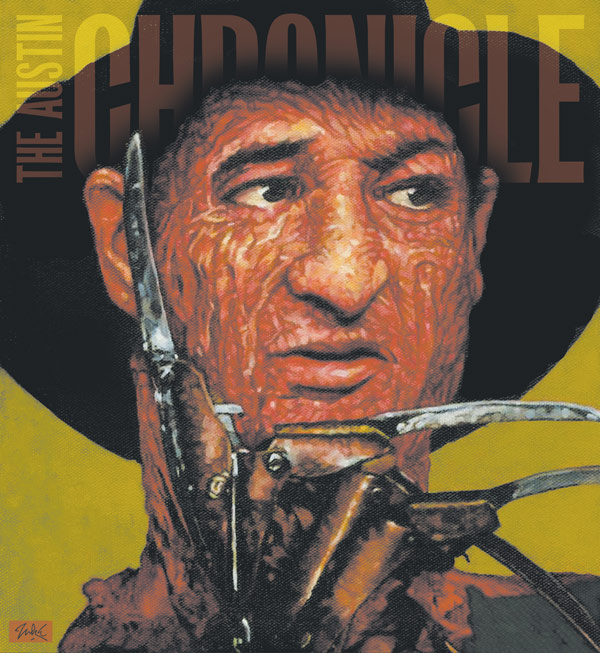 Winning a costume contest can be difficult when you're new in town. The majority of partygoers may hate your costume, but that doesn't mean you should give up. You know in your heart that your costume is better than anyone else's. If the host still refuses to give you the prize, you can always shut the whole party down.

1) Without explaining your reasoning, announce that the mask is causing "enormous harm" to the economy. Call a press conference to state you will not stop blathering until the mask is defunded.

2) Embark on a national tour to garner support for your crusade. Optional: Sew the mask into your underwear for safekeeping.

3) When your tour fails to stop distribution of the mask, put on your "argument boots" and stand outside of the Chronicle offices. Begin reciting passages from Green Eggs and Ham and Atlas Shrugged. Recharge periodically with White Castle burgers.

4) Demand the editors shred all copies of this week's issue. When that doesn't happen, accuse them of not compromising.

5) After the Chronicle offices close for the evening, send out a "Freedom Minute" insisting that Austinites remain energized about not wearing the mask.

6) Scoff when your friends tell you they will no longer be dressing up as you for Halloween. Tell them that no one has heard of Kay Bailey Hutchison anyhow.

7) When the Chronicle reopens in the morning without the cover being altered in any significant way, declare victory. Cut out the mask and call another press conference.

The nation may be just getting to know the Lone Star State's favorite wacko bird, but the Chronicle has always been on Cruz control. From his early days as solicitor general to his surprise victory over Lt. Gov. David Dewhurst, we've always known there was something special about our junior senator. We've laughed as Cruz praised jowly racist Jesse Helms and cried as he called the Newtown families "props." But for the last time, unlike the Houston Chronicle or Austin American-Statesman, we have never endorsed him.

Whoever called to rage about the retraction of our Ted Cruz endorsement: That's the @HoustonChron. We'd never endorse him in the 1st place

The Austin Chronicle's Halloween mask is an annual tradition that puts various nefarious creatures and characters on our cover. In fact, this year's cover illustrator, Guy Juke, drew our first mask back in 1982. For covers from Halloweens past, see our mask gallery.