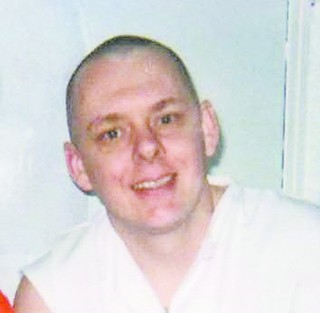 Michael Yowell's parents were still asleep on the morning of May 9, 1998, when he entered their bedroom to steal his dad's wallet so he could buy drugs. Yowell, then 29, had an extensive history of mental health problems and drug abuse – for at least a decade he'd been in and out of state hospitals, had suicidal and homicidal thoughts, was a major abuser of many different drugs, and heard voices telling him to hurt others.

That spring morning in Lubbock, where his parents Carol and John lived in a home with Yowell's grandmother, he allegedly snapped when his dad awoke and caught him trying to take money. Yowell shot his father in the head and then strangled his mother with a lamp cord. He then opened a gas line in the home's kitchen and fled to a friend's house, where he cleaned himself up and stashed his .25-caliber handgun. When Yowell's grandmother later awoke and opened her closed bedroom door, the gas in the house ignited and the home exploded. She died two weeks later from injuries sustained during the fire; the remains of his parents were incinerated.

Two days later Yowell admitted to police that he'd committed the double murder, fled the scene with his dad's wallet and car, and cleaned himself up from blood from the scene with which he was "pretty well covered," he said. Yowell was charged, tried, and convicted of capital murder, and in October 1999, he was sentenced to die.

On appeal, Yowell's lawyers argued that there was insufficient evidence presented for a jury to disregard Yowell's claim that he was insane at the time of the murders, and also that his lawyers were deficient for not pushing harder to have evidence of insanity considered by jurors. Yowell's appeals have each been denied.

On Oct. 1, however, he and two other inmates filed suit in federal court in Houston, asking that his impending execution (and, by extension, that of the three others slated for execution before the end of the year) be put on hold while the courts can consider whether Texas would violate their constitutional rights by changing its execution drug protocol, without disclosing to the inmates it intends to kill anything about that drug, and how it would be used.

With last week's execution of Arturo Diaz, the state's supply of pentobarbital expired, leaving the Texas Department of Criminal Justice without an execution drug. The state has three other drugs on hand that it could use – including propofol – but none has ever been used in execution here or elsewhere. "To permit TDCJ to proceed without the opportunity for this court to review the new drugs and new protocol essentially permits human experimentation that must be reviled by any civilized society," reads a motion seeking a temporary injunction or restraining order against the state.

Unless the court intervenes, Yowell will be executed on Oct. 9, becoming the 14th inmate to die this year in Texas' execution chamber, the 506th inmate to die here since reinstatement of the death penalty, and, according to the Death Penalty Information Center, the 1,261st inmate ever to be executed in the state.

In other death row news, although Attorney General Greg Abbott strongly endorsed a measure to ensure DNA testing of biological materials in all death penalty cases prior to trial – a measure (SB 1292) that easily passed through the Lege this spring – the state is nonetheless still fighting efforts by condemned inmate Larry Swear­ingen to obtain DNA testing on key pieces of evidence that his lawyers say could prove he is not responsible for the 1998 murder of Montgomery County Com­mun­ity College student Melissa Trotter.

Swearingen has avoided the death chamber four times for the murder of Trotter, who disappeared from her college campus in December 1998. Her body was found several weeks later, on Jan. 2, 1999, in the Sam Houston National Forest. Prosecutors argue that forensic examiners positively identified a length of pantyhose used to strangle her to a portion of a pair found later by Swearingen's landlord inside his rented trailer.

Swearingen has maintained his innocence and has four times sought testing of the pantyhose ligature along with other items of evidence – including blood flakes found under one of Trotter's nails that to date have not been matched to anyone connected to the case, including Swearingen. In 2011, Swearingen brought to the courts histological evidence that he says proves he could not have killed Trotter: Trotter's tissue samples were too well preserved to be consistent with her body having lain in the forest for weeks. If she were indeed killed closer to the time her body was found, as the tissue samples reflect, then Swear­in­gen could not be guilty because he'd been in jail, on outstanding warrants, since right after she disappeared. However, the courts have so far ruled that the basic tissue science Swearingen has raised is not actually reliable – and Montgomery County prosecutors have called it junk science.

In January, a district court judge again pulled Swearingen's date with death and granted his motion for DNA testing. Prev­ious bids to have the evidence tested were rejected because, prosecutors argued and the Court of Criminal Appeals agreed, Swear­ingen could not demonstrate, prior to testing, that there was actually biological material that could be found on the pantyhose in order for it to be tested. State lawmakers in 2011 broadened the post-conviction DNA statute to address this very situation, leading, ultimately, to the district court's ruling this year that the Swearingen case evidence should be tested.

Still, the state is fighting that bid, arguing, again, not only that Swearingen can't prove there's anything there to test, but that regardless, it would not be enough to exonerate him even if a DNA profile other than Swearingen's could be extracted from the deadly pantyhose ligature. Indeed, someone else could have touched the material, they argue in a brief filed recently with the CCA. The defense response is expected in a matter of weeks. 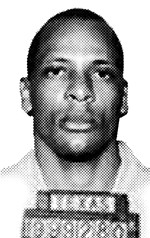