Then There's This: Double Standard 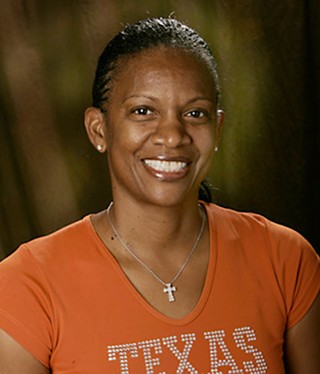 As the Longhorn football program lurches toward another Saturday of uncertainty in a season already declared a disaster by sports pundits, it's worth taking a moment to reflect on the political paradoxes of UT Athletics.

How is it that Mack Brown, the highest-paid coach in the Big 12, is able to survive a series of dismal seasons, when a celebrated women's track coach with six national championships can get the boot for a decade-passed consensual relationship with an adult student athlete?

Or compare that punishment to a married assistant football coach's much lighter penalty for a Fiesta Bowl romp with a student trainer in 2009: His pay was frozen for 11 months and he's since won a promotion and pay increases. That's saying nothing of the legal scrapes young Longhorn players manage to get into every year. Maybe the football program needs stronger role models.

As I see it, the disparity question seems especially relevant now because of the tens of millions of dollars UT sinks into a lackluster football program that holds an embarrassing 1-2 record to date and threatens to seriously damage the highly profitable Long­horn brand.

Beverly Kearney, who led the UT women's track team to six NCAA national championships during her tenure at UT, resigned under pressure Jan. 5 after her bosses threatened to fire her for a relationship she had with a female student athlete in 2002 (the fact that this was a lesbian relationship likely caused even more righteous indignation). Sure, why not dredge up a 10-year-old indiscretion to push out an African-American woman, the winningest coach in the UT women's athletics division, the coach who conquered homelessness in her youth and a spinal injury in adulthood, who defied the odds and learned to walk again? Throw her over the side just before she's due to receive a raise that would have placed her in the top tier of highest-paid track coaches in the nation.

Quit or Be Fired

For whatever reason, the unidentified former student decided to report the relationship to UT in Octo­ber 2012, one month before the UT Board of Regents was set to approve Kearney's salary boost. That November, UT announced Kearney had been placed on paid suspension and offered no further details. Kearney resigned Jan. 5, 2013, eight days after she was told she would be fired for having an inappropriate relationship with a former student. In a subsequent interview with the Statesman, Kearney acknowledged her mistake and expressed regret for the relationship, which she said began in July 2002 and ended not long after Kearney was critically injured in a Dec. 26, 2002, automobile accident that killed two of her friends. In a statement issued to the daily, Kearney's attorney, Derek Howard, said, "We believe that Ms. Kearney has been subjected to a double standard and has received far harsher punishment than that being given to her male counterparts who have engaged in similar conduct."

Kearney violated a UT policy that requires employees to report a consensual relationship with a student or student employee who they also teach, supervise, advise, or evaluate. By contrast, the assistant football coach, former UT Quarterback Major Applewhite, didn't have direct supervision over the student trainer; and according to news reports, he reported his indiscretion to the higher-ups shortly after the fact, although it did not become public until media reps began filing open records requests after Kearney was forced from her job.

In March, Kearney filed a discrimination complaint with the Texas Workforce Com­mission and the Equal Employment Oppor­tunity Commission, alleging a number of disparities within the athletics department, on top of a hostile work environment that included being subjected to false accusations of NCAA violations. The status of Kear­ney's case is unclear at press time, although it stands to reason that the EEOC review of the complaint should be wrapping up, if it hasn't already, with the outcome either being a settlement or a lawsuit against UT, if the two sides can't reach an agreement. Kear­ney's attorney, when contacted this week, said he was out of the country and wouldn't be available to discuss his client's case until early October.

In the meantime, there are still plenty of tickets left for Saturday's home football game against Kansas State.

Then There's This: Sex on Campus
In lawsuit, Kearney claims other coaches, profs have affairs with students