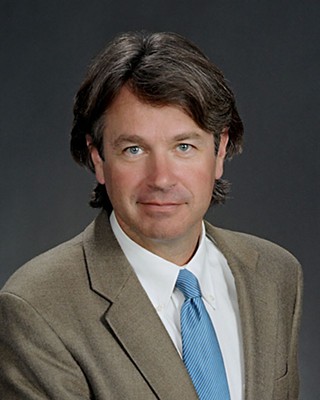 When in doubt, blame the refs: The impeachment battle against UT Regent Wallace Hall blazed this week as Hall's attorney claimed impropriety by the legislators investigating his client.

The House Select Committee on Trans­parency in State Agency Operations is examining allegations that Hall abused his office to mount a witch hunt against UT Pres­ident Bill Powers. Hall runs the risk of being the first ever regent of a Texas university to undergo impeachment proceedings, and the first office holder impeached since Judge O.P. Carillo in 1975. Realizing these stakes, on Aug. 15 Hall's attorney Stephen Ryan sent a letter to committee co-chairs Dan Flynn, R-Van, and Carol Alvarado, D-Hous­ton. If Hall has committed any wrongdoing, Ryan wrote, it is in being "too diligent" in examining UT operations. All Hall was trying to do, he wrote, was be a financial guardian of the university. Ryan cited such issues as the 2012 resignation of Law School Dean Larry Sager over a $500,000 loan from the UT Law School Foundation, and alleged other anonymous complaints over the mishandling of the fund. Not coincidentally, Powers himself is a former dean of the UT law school.

In a far bolder move, Ryan flung dirt at both legislators and UT staff. First, he claimed two instances of lawmakers – a state rep and a senator, neither named – using their influence to get students accepted. He then claimed that UT staff had slow-walked information requests from the Board of Regents. In fact, UT has rejected several recent open records requests from Hall, and lawmakers are examining whether Hall used his office to launch wasteful fishing expeditions, trying to dredge up dirt on Powers. Ryan also requested that Hall be allowed to subpoena witnesses before the committee – a request bluntly dispatched by Flynn, who said, "We're doing the investigating, not someone else."

There's clearly a proxy fight going on here involving Hall's political sponsor, Gov. Rick Perry, who has long been criticized for treating Texas universities like his own private fiefdom. It's been rumored that little happens at his alma mater, Texas A&M, without his say-so. Back in 2010, lawmakers and educators were shocked when he appointed outgoing Republican State Rep. Brian McCall as chancellor of Texas State, rather than the obvious choice of then-Sen. Jeff Wentworth, R-San Antonio (see "Wentworth Doesn't Trust TSU Regents," June 9, 2010.) While it's Hall that lawmakers are investigating for harassing Powers, it's no secret that Perry would not have lost much sleep if the UT president had been pushed out. Nor is it any surprise that one of Hall's loudest defenders so far has been Jeff Sandefer – a major Perry donor and advisor on higher education.