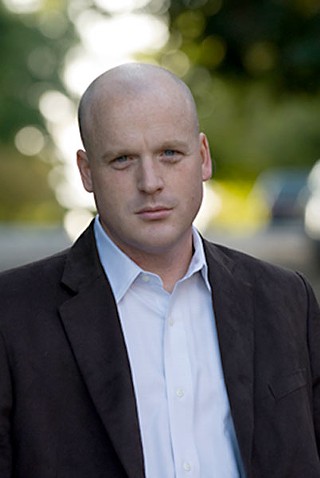 An anticipated 500 police accountability activists from around the country will gather this Saturday, Aug. 17 at UT's AT&T Center to take part in the Peaceful Streets Project's second annual Police Accountability Summit, an all-day session geared towards educating the public on citizens' rights during interactions with the fuzz.

At the lectern at 2pm is Nashville-based author and Huffington Post reporter Radley Balko, whose recent book, Rise of the Warrior Cop: The Militarization of America's Police Forces, recounts the ways in which our nation's police have strapped up and gone paramilitary. Speaking with the Chronicle, he stressed that such militarization first sprouted throughout the country in 1965, when six days of riots in Watts, Los Angeles, left 34 dead and more than 1,000 injured. "These incidents made police squads across the country aware of the fact that they did not have an adequate way to respond to emergency situations where you had lives immediately at risk," he said. "That's where SWAT comes from, and was primarily how it was used throughout the Sixties and Seventies: only in emergency situations where you were using violence to defuse an already violent situation. ... The problem is when SWAT teams start getting used as an investigation tool where they're being used to serve warrants on people suspected of drug crimes. Here, you're not trying to save lives. You're trying to protect police officers while using home invasions as a way of investigating people. You're creating violence in confrontation, not defusing it."

That trend burst into popular culture four years later in Los Angeles, when 350 members of the LAPD's SWAT team raided the headquarters of its city's Black Panther Party, engaging in a five-hour standoff that left four members of each side wounded. The raid came as the result of an illegal firearms claim made against three members of the local Panther chapter by local police.

Primary keynoter Bobby Seale (3pm), who co-founded the Black Panther Party in Oak­land in 1966, helped provide early party members with firearms – but today he's against such action. Speaking from his home in Oakland, he advocated cell-phone cameras as the citizens' first artillery. "It was a video camera that caught the Rodney King beating in 1991," Seale recalled. "Now we have cell-phone cameras and cell-phone justice. This little piece of technology can catch a situation where some police officers are violating a person's civil or human rights in one way, fashion, form, or another, or it can monitor policemen carrying out their duty properly – as policemen should do."

It's that type of surveillance that helped Peaceful Streets Project founder Antonio Buehler avoid indictment this April over a felony harassment of a public official charge stemming from a New Year's Day 2012 arrest. Austin police officer Patrick Oborski levied the charge after claiming Buehler spat on him during the confrontation, but a Travis County grand jury declined to indict Buehler.

"Cameras provide all the evidence you need; evidence to make your argument to change laws," Seale added. "It's not about interfering with a police officer carrying out his duty when you're observing. You are there to observe, and to educate the community to what is going on."

That's something with which Balko would agree. "The golden line about 'If you're not doing anything wrong, you don't have anything to worry about,' – that's a bogus line if we're talking about the Fourth Amendment and civil rights," he said. "But for police officers on the job and getting paid with tax dollars, I think it's adequate."

The Peaceful Streets Project's Police Account­ability Summit will be held Saturday, Aug. 17, 10am-4pm, at the AT&T Center, 1900 University Ave. and is free and open to the public.