Can We Go Home Now?

Finally, after one regular and three special sessions, Texas lawmakers have called sine die for real on the 83rd Legislature. Late on the night of Aug. 5, the House and Senate finally reached a compromise on Senate Joint Resolution 1 and House Bill 1 – the two components required for a constitutional amendment referendum on transportation funding. If the calculations are correct, they should produce around $900 million to $1 billion a year in revenue for road construction. In addition, HB 1 requires the Texas Department of Transportation to find $100 million in savings before the 2014-15 biennium. It was relatively easy to reach an agreement on the funding mechanism – taking half of the oil and gas taxes that currently go into the Rainy Day Fund – but the argument about how exactly it should be split between projects, how to protect the Rainy Day Fund, and who should release the funds came down to the wire.

Quick best wishes to Rep. Dawnna Dukes, D-Austin, who was forced to miss the last days of the third special session after her Jeep was rear-ended by a truck on I-35 on Aug. 1. Dukes was taken to a hospital emergency room where she was treated and released, but she is still recuperating at home.

To the Ballot Box ... Eventually!

The new transportation bill still requires voter approval, and you've got plenty of time to decide where you stand. The measure will be on the 2014 general election ballot. More worryingly for lawmakers, even if the bill passes, it will only provide around a quarter of what TxDOT believes it needs to even keep up current standards on Texas roads.

Don't tear up your voter ID yet: The Legislature is sending nine constitutional amendments to voters for approval on Nov. 5 this year. On Monday, Sec­re­tary of State John Steen drew the order in which they shall appear on the ballot. There are tax code tweaks, such as the proposals by Rep. Chris Turner, D-Grand Prairie, and Rep. Charles Perry, R-Lubbock, to give property tax exemptions to the spouses of veterans. Then there are constitutional clarifications: For example, Rep. Dan Branch, R-Dal­las, wants to remove both the State Medical Education Board and the State Medical Education Fund from the constitution, since neither is a functioning body. However, the biggest ticket item will be number six on the ballot: A $2 billion withdrawal from the Rainy Day Fund to establish a new statewide water infrastructure bank. With an estimate of over $30 billion in urgent repairs and investment required over the next 50 years, this is a priority item for lawmakers, so on Aug. 1 Speaker Joe Straus announced that he personally will be heading up the new Water Texas PAC, intended to sell the package to voters.

Even though Gov. Rick Per­ry had limited the third special session to debate on transportation funding only, lawmakers filed a slew of bills in the desperate hope that Perry might add them to the call. With the end of the special, and no sign that Perry has any interest in bringing lawmakers back for a fourth fight, they are all now just so much wasted paperwork. So goodbye to new attempts by Sen. Dan Pat­rick, R-Hous­ton, to introduce school vouchers and end the cap on charter schools; farewell to the plan by Sen. Carlos Uresti, D-San Antonio, to allow online voter registration; and adios to the idea from Rep. Lance Gooden, R-Terrell, to let county attorneys openly carry a gun. However, that also means no hearing for tuition revenue bonds, a broadly supported proposal to put construction dollars into university and college repairs and construction. Much to the chagrin of Democrats and Republicans in both chambers, Perry had no interest in adding them to the call.

The Most Unpopular Democrat 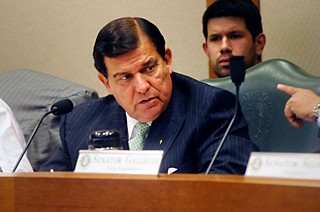 Democratic Sen. Eddie Lucio Jr. on the outs with his own party (Photo by John Anderson)

Speaking of dead bills, Sen. Eddie Lucio Jr., D-Brownsville, may have put a massive primary election target on his back when he filed Senate Bill 17. Normally it's up to the GOP to add more punishing regulations onto the backs of women seeking abortions: This time, it was Lucio who proposed that any woman seeking to terminate a pregnancy take a three-hour class on adoption before she be allowed to have the procedure. Lucio told KGBT 4 in Harlingen that the requirement would "hopefully inspire or have women give a second thought to their abortion thoughts." Prior to this, Lucio was generally regarded as simply keeping the Senate seat warm for his heir apparent, his son, Rep. Eddie Lucio III, also D-Brownsville. Now Democrats are furious about what they see as unconscionable condescension to women by Lucio – who was the only Democrat to vote for the Republican-penned abortion restrictions during the second special session. Can a challenge be far away? 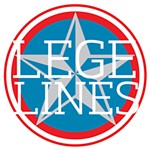 Lege Lines
With only transportation left on the special session agenda, the 2014 race begins