Department says they'll have a clearer picture as investigation proceeds 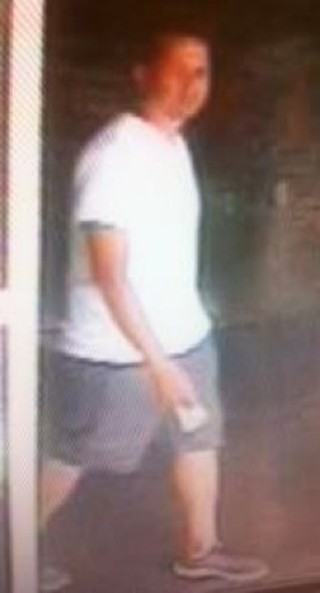 This surveillance photo was taken outside Benchmark Bank shortly before the fatal shooting; police believe this man may have witnessed the shooting.

At a press conference Monday afternoon, Austin Police Assistant Chief Brian Man­ley acknowledged that the fatal shooting Friday of Larry Eugene Jackson Jr. by an APD detective was more complicated than initially described, and that it involved not simply a "foot chase," but a search in a private car commandeered by the detective.

Manley said police are "confident" that Jackson – shot and killed by APD Detective Charles Kleinert on Friday afternoon – had come to the Benchmark Bank where the detective was investigating an earlier (unrelated) robbery to "commit a fraud," and not to conduct any legitimate business.

Jackson reportedly misidentified himself when he was questioned by the bank manager that afternoon, outside the bank on West 35th Street. Jackson had previously tried to enter the bank, police said, but the door was locked because of the ongoing robbery investigation. Jackson left briefly, police said, then returned and tried again to enter the bank before he was confronted by the manager; the manager then told Klein­ert, who was inside the bank conducting a follow-up investigation of the morning robbery, about the exchange. Kleinert went outside to talk with Jackson and after a two- or three-minute conversation – captured by surveillance cameras – Jackson fled, police said.

Police said that Kleinert, dressed in plain clothes and displaying his APD credentials on his shirt collar, took off on foot after Jackson – why he decided to pursue him immediately remains unclear. (With video of Jackson and info about his "fictitious" ID, it would seem Jackson could be found later.) Manley said that Kleinert's reasons for taking immediate action would be explored during the department's criminal and administrative inquiries into the shooting. The department will "have a better idea [of] what his intentions were" and "what was his mindset" as the investigation proceeds, Manley said. And although it's not illegal to do so, it's "really not a good idea to run from police," he said. Manley also provided a bit more information about that pursuit – including that although Kleinert did initially follow Jackson on foot, he later stopped a "motorist and employ[ed] their aid," which is legal under state law. 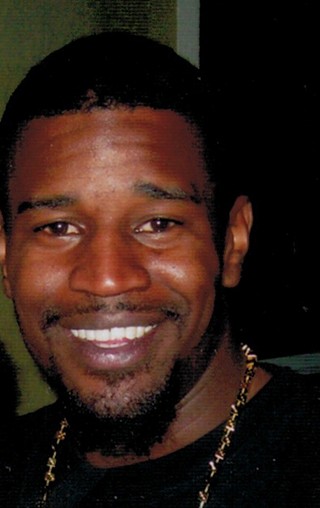 Yet a source told the Chronicle that the motorist in question, sitting in a car in a parking lot near the bank, was unnerved by Kleinert's commandeering of the car. Indeed, the source said that Kleinert was "out of control" and did not effectively identify himself before directing the motorist to drive him around near the bank. The motorist implored Kleinert to calm down and explain what was happening, but Kleinert declined to do so, the source said, instead telling the motorist to "Go! Go! Go!" When the pair drove up to a bridge that spans Shoal Creek, Kleinert spotted Jackson, who the source said was merely walking along the sidewalk. Kleinert reportedly said, "There he is!" before jumping out of the car. Shaken, the motorist drove away and subsequently called the police.

According to Manley, Kleinert followed Jackson under the bridge near the Shoal Creek Trail and there a scuffle ensued; Jackson was shot once, in the back of the neck. He died just before 4:30pm, police said. Manley said police are still trying to determine what happened during the altercation and whether Kleinert's gun was fired "intentionally or accidentally."

More questions will certainly be raised about Kleinert's one-man pursuit of Jack­son. According to APD policy, mere "flight by a subject who is not suspected of criminal activity shall not serve as the sole justification for engaging in a foot pursuit without the development of reasonable suspicion regarding the individual's involvement in criminal activity," reads APD's policy on foot pursuit. Deciding to "initiate or continue" a foot chase is a "decision that an officer must make quickly and under unpredictable and dynamic circumstances," the policy continues. Foot chases place the officer and public "at significant risk," and therefore, no officer "shall be criticized or disciplined" for deciding not to give chase, it reads. "Surveillance" – presumably including the video surveillance available outside the bank (and the same cameras that captured the movements of an alleged witness to the shooting) – and "containment" are the safest ways to track a fleeing suspect, reads the policy. Officers should "consider alternatives to engaging in or continuing a foot pursuit" under a number of specific circumstances, including when "the officer is acting alone" or when the fleeing person enters a "wooded or otherwise isolated area and there are insufficient officers to provide backup and containment."

Manley declined to release any additional information about why police believe Jackson was there to defraud the bank – or how that would be done, especially with the bank closed – or to discuss any additional details about the confrontation that led to the shooting, saying there were additional "critical" witnesses yet to be interviewed. As of Tuesday, police said Kleinert had yet to give his formal statement about the incident to internal affairs investigators.

Manley said APD extends its condolences to Jackson's family, though Jackson's sister, LaKiza Sibley, wrote in an email to the Chronicle that police have not done so personally, and merely provided notification on Saturday evening, at 5:45pm, that Jack­son was dead, the victim of a police shooting. (Manley is serving as acting police chief while Chief Art Acevedo is with his mother, who is in hospice care in California.) Jackson's is the third fatality out of six officer-involved shootings this year.

Jim Harrington, director of the Texas Civil Rights Project, says he is concerned that Austin police are overreacting and improperly using force when it is unnecessary. "These shootings seem to indicate that the police are not being properly trained and supervised and are overreacting in situations, to the peril of the citizens," he said in a press release. "We cannot tolerate this constant use of deadly force. People should not have to fear for their lives when they are in a parking lot, stopped for a traffic offense, or go to the bank." Harrington said TCRP intends to take the matter up with the U.S. Department of Justice.

Manley said that police are still searching for an alleged witness to the shooting, surveillance photos of whom police released over the weekend. Anyone able to identify the witness is asked to call the APD tip line at 512/974-6840.