Get ready for special number three 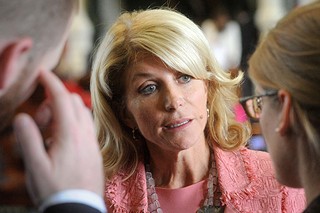 Getting Less Special By The Day

Abortion, juvenile justice, and road spending. Those were the three measures Gov. Rick Perry put on the call for the first special session of the 83rd Legislature. With the failure of transportation funding, the second special sputtered to a grinding halt on July 30 as both the House and Senate called sine die. Enter Special Session Number Three, barely two hours after the second had finished. Even before the gaveling-out, Perry had threatened to immediately recall members for another 30 days to try for another ride around the track. However, even Rep. Joe Pickett, D-El Paso, (above) the author of the transportation legislation, warned him that this would be a terrible idea, and that lawmakers need breathing room and negotiation time outside of the Capitol to come up with real solutions. Apparently, Perry wasn't listening. 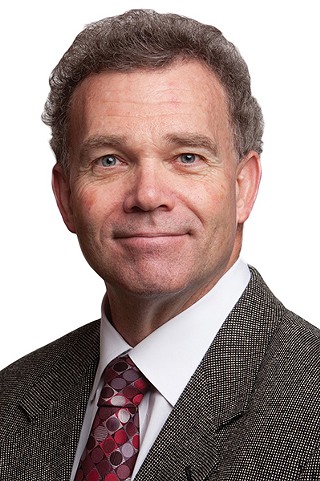 With Perry wrecking everyone's summer vacation, Lt. Gov. David Dewhurst announced that working groups from the House and Senate will meet to salvage what they can of House Joint Reso­lu­tion 2, the failed transportation funding proposal. However, the Senate Finance Com­mittee turned around and immediately approved the text of HJR 2, now renumbered SJR 1 (the House responded by gaveling straight out until Aug. 5). At heart, the bill rechannels some cash that would normally go to the Rainy Day Fund into the State Highway Fund, but there was insufficient consensus on the text during the last session to achieve passage. Out of the two, the Senate came closest to passage. On July 29, the upper chamber passed House Bill 16 (the enabling legislation for the resolution) 19-4. However, HJR 2 requires a two-thirds majority in both chambers, and when it came up in the House, it failed 84-40. The two chambers now seem at odds, with particular divisions between House and Senate Demo­crats. Members of the lower chamber fear the way the resolution dabbles with the requirement for a supermajority before accessing Rainy Day Fund cash, castrating the minority's negotiating power on spending issues; the Senate thinks that the current language actually beefs up that control. Expect internal finger-pointing, much as the GOP is split over whether the resolution should write an untouchable $6 billion floor into the Rainy Day Fund.

As Perry's third call limited debate to transportation funding, it was more bad news for lawmakers pushing to discuss tuition revenue bonds. Perry has ignored repeated bipartisan calls to add vital and overdue investment in state university buildings and infrastructure. However, lawmakers have tried to keep the issue alive: On July 30, after it was clear that HJR 2 was dead, TRBs were the only item on the House calendar. However, unless Perry adds them to the call, there can be no legislative movement.

GOP operatives were all giddy before the weekend, lighting up Twitter to castigate Sen. Wendy Davis, D-Fort Worth, as an absentee legislator. Davis, who has been talked up as a potential gubernatorial candidate in 2014, was in D.C. for a fundraiser on July 25. Cue grumbling from three Repub­lican Senators – Jane Nelson, Dan Patrick, and Donna Campbell – that this should not be counted as an excused absence. Sen. Kevin Eltife, R-Tyler (generally seen as one of the better, more evenhanded of Senate proceduralists), rolled his eyes and quickly curtailed the grandstanding of his peers. Curiously, those same nabobs were silent on the final two days of the session, when neither House nor Senate was running even close to full numbers as both Dems and Republicans left town for their vacations.

The race to replace Mark Strama in House District 50 took a strange turn as Municipal Judge Ramey Ko – so far the leading fundraiser – announced he will not run in the November special election. However, he will still run in the 2014 Dem­o­crat­ic primary. Confused? The special election is only to finish Strama's unexpired term, and the seat will be on the ballot again next November in the regular general election. The three remaining Democrats in the special – Celia Israel, Rico Reyes, and Jade Chang Sheppard – have now been joined by Republican Donald Dean.