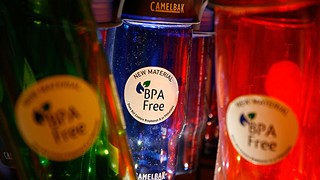 On July 24, a federal jury ruled in favor of Eastman Chemical Co. in its lawsuit against two affiliated local firms, CertiChem Inc. and PlastiPure Inc. Eastman had claimed that the two Austin-based companies, hoping to market their own plastic products, had published false or misleading information about the potential health effects of Eastman products. However, while the jury ruled favorably on the specific Eastman claims, the overall, long-term safety of mass-produced, widely used consumer plastics remains an open question.

We live in a world of plastic: plastic utensils, plastic cups, plastic toys for children. But few of us know what's in the products we use – or what their potential health effects might be. The chemical safety of plastics was a central issue in the lawsuit filed by Eastman, a $9 billion chemical engineering company, against the two companies founded and co-owned by George Bittner, a University of Texas professor in neurobiology.

Eastman produces Tritan, a hard, clear plastic that's marketed as BPA- and EA-free. The chemical BPA (bisphenol A) was used in many plastic products until just a few years ago, when studies emerged warning of adverse health effects from the chemical leaching into food – potentially including obesity, cancer, reproductive disfunction, and changes in infant behavior. Pressure from consumers led to major retailers dropping products known to contain BPA.

A related, more intractable issue has received less publicity: "estrogenic activity," or EA. EA occurs when synthetic chemicals act like estrogen in the body, interacting with estrogen receptors and disrupting the endocrine system, which regulates hormones. In fact, the adverse effects of BPA are the result of EA, and there are potentially hundreds of chemicals like BPA which might negatively affect the endocrine system, especially in infants and fetuses. There is less public awareness or regulation of EA, and thousands of manufactured chemicals have entered the market without ever being tested for their effects on human health. Eastman recognizes that EA is harmful. It's a cornerstone of their marketing for Tritan, which is used to make everything from food containers to baby bottles. However, CertiChem and PlastiPure have published research suggesting that Tritan (among other chemicals) actually does induce EA. If this is true, then companies have been selling – and consumers using – potentially dangerous products under the assumption that they're safe.

CertiChem and PlastiPure collaborate to test for EA and certify products as "PlastiPure-Safe certified EA-Free materials." PlastiPure further claims that it is the "first and only company developing plastic materials, processes, and products that are safer both for humans and the environment." Eastman asked the court for an injunction against any statements about Tritan exhibiting EA – including a brochure PlastiPure circulated at two product expos. At trial, both Eastman and CC/PP provided a plethora of scientists and experts to defend their own and attack each other's testing methods. Following the verdict, the only thing that's clear is that EA – what it is, what causes it, and how it should be regulated – remains a contested question.

For one thing, there are very few standards for testing products for EA. The EPA recommends a "battery" of tests, but it's still debated which are the most effective and just how many are needed to confirm a product's safety. CertiChem and PlastiPure relied primaily on a test that they say is the most sensitive for detecting EA, the MCF-7. It's an "in vitro assay," meaning it's done with a cell line rather than in live animals (in vivo). Though many scientists accept that EA can be established by an in vitro test, a positive result isn't sufficient to prove a product will be harmful to humans.

Eastman made much of the "common use stressors" with which PlastiPure treated its test samples before handing them to CertiChem, including putting the samples in an autoclave, microwaving, and 24-hour exposure to UV. "They tortured the plastic," says Eastman stressing expert Tom Pecorini.

Yet it appears Eastman did its own test manipulation, most egregiously in an in vivo test in which rats were given doses of Tritan monomers (the main ingredients of the plastic resin) at a level far below the EPA-recommended testing dose. Moreover, a paper published in Food and Chemical Toxicology that evaluated Tritan stated that the authors had no conflict of interest when, in fact, the paper and testing had been funded by Eastman.

Ultimately, the jury ruled in Eastman's favor on counts of false advertising, unfair competition, and conspiracy. Bittner commented on the trial's outcome: "We were surprised and disappointed by the verdict." CertiChem and PlastiPure, which are funded largely by government grants, could be significantly affected by the outcome of the lawsuit, and had not yet announced whether they would appeal.

The jury has ruled on CertiChem and PlastiPure, but the available research on non-BPA plastics remains incomplete and troubling. Eastman has tested only three chemicals that are components of Tritan, according to CertChem and PlastiPure lawyers, while others that may be estrogenic remain untested. And because of the low dosing levels, the results of Eastman's rat testing appear inconclusive. Finally, there have been other tests on unstressed Tritan that appear to confirm CertiChem and PlastiPure's results. The questions remain: What's in our plastics, and what could it do to us? Given the products' ubiquity, consumers still need to know.