Redflex claims no wrongdoing in Austin 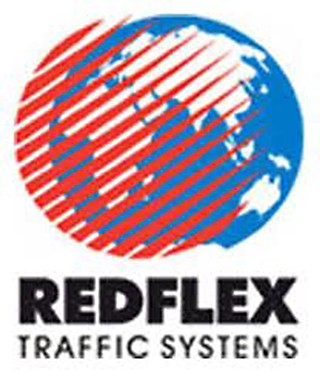 Redflex Traffic Systems' North Ameri­can headquarters in Phoenix is where you can send your hate mail about that automated red light ticket you got in the mail. The city of Austin signed a contract with the firm in 2008, enabling it to install traffic cameras designed to catch red-light runners at key intersections around the city.

In case you needed another reason to be outraged about the privatization of law enforcement, Redflex has generously provided you with additional material. Accord­ing to a series of scathing reports published in the Chicago Tribune, the company apparently lavishly bribed a Chicago official charged with overseeing the company's contract there. "Following Tribune reports [in 2012] about the close relationship between Redflex and [Chicago city employee John] Bills, a company-sponsored internal investigation found that Redflex plied him with 17 vacation trips including airfare, hotels, rental cars, meals and golf outings. The company also acknowledged paying a longtime Bills friend, Marty O'Malley, $2.03 million as a Chicago consultant," reads a March 25 story by the Tribune's David Kid­well. "Some of the money was likely intended for Bills, according to the findings, which said the arrangement will 'likely be considered bribery by the authorities,' according to [a report commissioned by the company]." Kidwell notes that both Bills and O'Malley deny "any wrongdoing."

The Australian Financial Review (Red­flex is an Australian company) noted that the Tribune "said it could be the largest bribery case in the city's history. In the city of Al Capone and Richard [J.] Daley – the Henry Fords of machine politics – that takes some doing."

For the record, Redflex parted with three high-ranking officials in the wake of the scandal, and denies that anything untoward has happened in Austin. New Red­­flex CEO Robert T. DeVincenzi released a statement that the company forwarded to the Chronicle when we asked for comment. "We are a new company – in leadership, in operations, in culture. We are gratified to have executed, renewed or extended close to 40 client contracts since we announced these changes. In short, we have taken unprecedented actions and we challenge our competitors to meet the same standards."

Asked for comment, Redflex spokesperson Jody Ryan wrote that "there have been no concerns raised regarding the Austin contract." That was following reports that the investigation commissioned by Redflex itself and performed by former Chicago inspector general and former federal prosecutor David Hoffman (now of the Chicago law firm Sidley Austin) found that there are troubles with two more of the firm's U.S. contracts.

Redflex is a prolific operation; the company holds deals with scores of U.S. municipalities. Its Chicago problems have apparently reverberated elsewhere; in an April 11 Tribune piece, Kidwell reported about a trip that "top executives of Redflex" took to Orange County, Florida, in an attempt to talk officials there from backing out of a potential deal. "Redflex officials had hoped the Florida contract would become their biggest in North America, replacing the Chicago program," wrote Kidwell. "Instead it was the latest vote of no confidence for Australia-based Redflex Holdings Ltd. and its U.S. subsidiary in Phoenix, which are facing scrutiny from local governments across the country in response to the Chicago revelations. In recent weeks, several governments from California to Louisiana have raised concerns about their relationships with Redflex."

In Austin, however, the relationship apparently remains camera-ready. City contracting official Denise Lucas confirmed that no red flags have been raised here, and she passed along two letters sent by Redflex to the city that Lucas says reflect the transparency offered by the company after things went to hell in Chicago. Both were addressed to Austin Police Depart­ment Lieutenant Troy Officer.

The first letter, dated March 7, arrived the same day that then-interim Redflex chairman Michael McConnell was quoted in the Tribune offering details about the investigation, then four-and-a-half months old. The letter, signed by CEO DeVincenzi, begins bluntly: "As you may be aware, Redflex has been conducting an internal investigation, in connection with our red light camera contract in Chicago and other matters." DeVin­cenzi recounts a host of corrective matters taken by the company. "I'm committed to helping rebuild the trust that we've lost," he wrote.

The second letter came on April 22. In it, DeVincenzi announced the end of the internal investigation, reaffirmed his company's commitment to continue cooperating with authorities, and thanked continuing clients for their support.

Council approved Austin's deal with Redflex in 2007, to begin the following year. It ran for an initial five years with options for another 10. The first of these options was recently exercised, not by Council vote, but by administrative OK through APD and contracting. Lucas says this is normal city procedure.

The city is now on the hook for up to $9.7 million for the agreement, which extends through 2018. Presumably – barring such disruptions as, say, scandal – it will then be renewed for the final five-year period.