Abbott Starts His Campaign Battle At the Alamo

The gubernatorial candidate is armed with a $21 million war chest 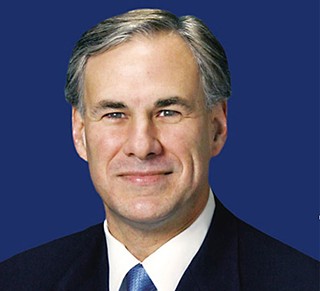 Surprising no one, on July 14 Attorney General Greg Abbott officially threw his hat into the ring as a candidate for governor in the 2014 elections.

Abbott made the long-awaited announcement in front of the Alamo (Bexar County Democrats gleefully noted that the crowd was a fraction of that which gathered when Joaquin Castro held his congressional kickoff in 2011.) He has denied that there was any kind of deal between himself and Gov. Rick Perry, but his announcement comes comfortably after the incumbent had announced he will not seek reelection. Abbott undoubtedly has the money for a statewide race. In the most recent semi-annual campaign finance reports, his Texans for Greg Abbott PAC declared that it had raised $4.8 million in the last six months, giving him a $21 million war chest.

Abbott's entry makes him the heir apparent to Perry as GOP nominee, and in some eyes that makes him the immediate next-in-line for the keys to the governor's mansion. However, he is actually the third declared GOP candidate. Former Texas Workforce Commission Chairman Tom Pauken, who jumped into the race months ago, immediately called Abbott out as a tool of big money politics, and challenged him to a series of "Lincoln-Douglas style debates and community forums across the state." So far, there's no response from far-right candidate Larry "Secede" Kilgore, a Biblical literalist who ran against Perry in 2006 and 2010.

Now the big question is, who will the Democrats field for governor in 2014? The prime suspect is Sen. Wendy Davis, D-Fort Worth. But she'd need to make up some serious fundraising ground. The $1 million she raised in the first half of the year is good for a state senate run, but far short of what she would need for a genuine statewide push. However, in what could be a good sign for her, the bulk of those contributions came after her June 25 filibuster (see "A Victory by the People," June 26.)