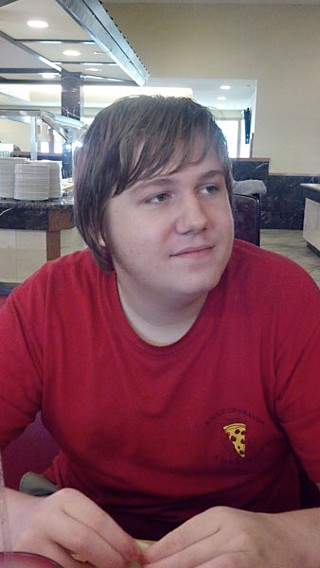 UPDATE: In a surprise move, Justin Carter was released on bail Thursday. His mother Jennifer Carter said: "He is out thanks to a very generous anonymous person who paid $500,000 and we are very happy and grateful. He is very happy and that's all I can say, right now."

In February, Justin Carter was an 18-year-old who spent his free time playing online video games. Now he's 19, far from a computer, and on suicide watch in a New Braunfels jail, where he faces a charge that carries up to eight years in prison – all because of a Facebook comment.

During an argument that started on Facebook over the online video game League of Legends, Carter posted on Feb. 13, allegedly in jest, that he was considering shooting up a kindergarten and eating a child's heart. The comment was seen by a Canadian woman who alerted police, and ultimately resulted in a Comal County grand jury indicting him on a charge of third-degree felony terroristic threat. Bail was set at $500,000 – higher than bonds set for accused terrorists, rapists, and other clients represented by Carter's pro bono San Antonio attorney, Donald Flanary III. "I think [law enforcers] have no concept of how kids and adults interact with each other on the Internet," Flanary said. "If this is how you are going to be treated, millions of Americans need to watch out."

A pretrial hearing is set for July 16, when Flanary will seek a bail reduction.

"We don't have the luxury of telling if someone is being sarcastic," said New Braun­fels Police Lt. John Wells, whose department is handling the case. "We have to protect the public. That's why we have a judicial process. People are innocent until proven guilty."

According to Carter's parents, their son is an average online loner who made a careless, sarcastic comment. But in tracing Carter's online identity and the actions that led to his incarceration, the lines between prankster and terrorist become blurred.

Carter's Facebook comment was in response to a fellow gamer questioning Carter's mental health, and followed by "lol" (laugh out loud) and "jk," (just kidding), according to Justin's father Jack Carter. The original complete conversation has since been deleted; the police say they have a transcript, but neither Flanary nor the Carter family have seen it.

"He's just a fresh kid. Full-time job, paying taxes. ... He never did anything," Jack Carter said. "All he did was play video games. I often thought it was too much." Justin lived with his father in Austin until he moved to New Braunfels last year, where he lived in an apartment with a roommate and commuted for work in San Antonio.

According to his father, Justin had no friends in his daily life and was bullied in school; Jack Carter removed his son from Lanier High School in Austin and homeschooled him.

Carter's online history is full of typical teenage activity, such as sharing song lyrics on Twitter and celebrating his favorite game on Tumblr. On an online dating profile, Justin describes himself as "an easy going guy. ...I love video games, I love my job, I love meeting new people."  On Fiverr, a site that lets users offer services to virtual strangers for $5, Carter offered to "demolish and stand up" for anyone on Facebook – then added he would stop if asked by the target, "because that is harassment and against the law."

Then an anonymous tip was sent to the Austin Police Department, pointing to Carter's Feb. 13 Facebook comment: "I'm f**ked in the head alright, I think I'ma SHOOT UP A KINDERGARTEN AND WATCH THE BLOOD OF THE INNOCENT RAIN DOWN AND EAT THE BEATING HEART OF ONE OF THEM." Carter's comment – made two months after a mass shooting at a Connecticut elementary school – prompted APD to arrest him and charge him with making a terroristic threat. He was detained in the Travis County Jail under a $250,000 bond, and transferred to Comal County in March. Officers had found no weapons or letters of intent in either his father's home or Justin's, only the computer which Justin used to play League of Legends, his favorite online game.

According to Flanary, APD didn't get a home address through Carter's internet provider, which would have required a subpoena. Instead, APD matched Carter's Facebook page to driver's licenses that listed his father's address; early investigation efforts and the arrest warrant were based on Justin supposedly living 100 yards from an elementary school in Austin, when he actually lived half a mile away from a school in New Braunfels, Flanary said.

Law enforcement read Carter's Facebook comment as akin to making a terroristic threat against a public place, but Flanary compares it to reporting to the police something overheard in a private conversation. "But because this is online and we live in this hypersensitive world, they don't understand what is going on, so they lock him up. ... A teenager gets locked in jail for five months ... with real criminals and gets assaulted."

Justin's mother, Jennifer Carter, doesn't understand why her son was in the Comal County Jail for a month before the grand jury handed down the indictment April 10. "If my son was such an imminent threat that could at any minute shoot [up] a school, shouldn't you have talked to him or searched his apartment before a month went by?"

Carter spoke to his family June 30; he wept as he told his mother he had been beaten by other inmates and was placed in solitary confinement on suicide watch. His mother said she hadn't heard her son cry since he was a child. "I tried waiting the first month; I tried letting the system do what it's supposed to do, but that didn't work," she said. "Nothing happened and things got worse, so I decided I wouldn't shut up about it. I'll keep talking until he gets out." She established an online petition at Change.org, requesting her son's release. It currently has over 99,000 supporters.

According to the San Antonio Express-News, Justin Carter told the court in a letter written from jail: "I was a smart ass, sarcastic, a regular keyboard warrior, and I was dumb."  Flanary says that while Carter's Facebook comment was irresponsible, it doesn't warrant spending time in jail on a felony charge. "I don't think law enforcement has the first clue about the online gaming community or how people are communicating online these days. They need to understand that." 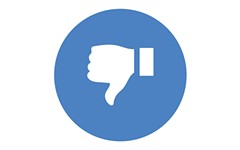 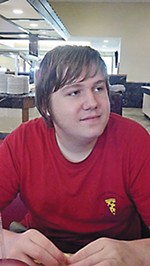