A federal jury on Tuesday cleared Austin Police Department Officer Nathan Wagner of any liability for the May 30, 2011, shooting death of 20-year-old Byron Carter.

Carter's family sued Wagner, claiming he used excessive force when he fired five rounds into a car in which Carter was a passenger – four struck Carter, killing him. The family attorney, Adam Loewy, said he was disappointed. "I take full responsibility for the loss. It's a case I should've won, and I didn't get it done. We did everything we could. The problem is the law makes it very difficult" to prevail in such a suit. Under the law, the jury was asked to decide whether, from the standpoint of a "reasonable officer," it was "objectively reasonable" for Wagner to use the amount of force he did.

What happened on the night of May 30, 2011, ending with the death of Carter, was not reasonable and was not "routine" police work, Loewy told jurors Tuesday morning. Carter and Leyumba Webb, Carter's then-16-year-old friend who was driving that night, "had done nothing wrong, but you had officers who decided they [would] sneak up on them," Loewy told the six-man, two-woman (and all-white) federal jury. "Their testimony is that 'this is normal, this is police work, this is what we do.'" But how many times had the jurors walked back to their cars, gotten inside, and prepared to drive away, only then to have cops appear out of the blue, Loewy asked. "This is not normal police work. Do not let them get away" with describing it as such, he implored. "It's not normal." 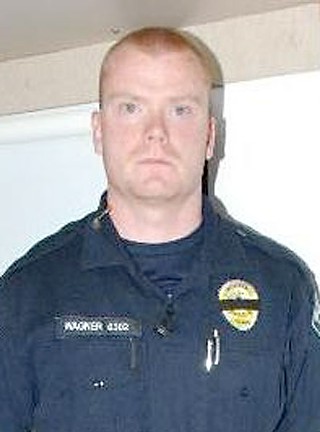 According to Loewy, Carter and Webb were merely sitting in their car, readying to pull away from a parking spot on East Eighth Street, when they were startled by figures who appeared nearby. As they tried to pull away rapidly, Wagner opened fire, striking Carter four times and killing him.

In response, Robert Icenhauer-Ramirez defended Wagner against the claim that he used excessive force the night Carter was killed. Wagner had an "objectively reasonable" belief that he and his partner were in danger, Icenhauer-Ramirez argued.

According to Loewy and to testimony from Webb (who was wounded in the shooting), the pair got in the car and turned on the air-conditioning before preparing to pull away; suddenly they were startled by figures standing over them, and Webb pulled away hastily, fearing they were in danger.

But Wagner and his partner, Officer Jeffrey Rodriguez, said otherwise. They had been following Carter and Webb because they looked "suspicious" – though neither was doing anything illegal, they added – and admitted that they avoided being illuminated as they made their way up the hill where Webb had parked. They testified that they made it known that they were police, but the car jerked into the road, heading straight for Rodriguez, who was knocked to the ground. Wagner fired five shots; he was trying to stop the vehicle from severely injuring – or even killing – Rodriguez, Icenhauer-Ramirez argued: Wagner had not only the right to protect himself, but the duty to defend Rodriguez.

But Rodriguez was not injured by the car, Loewy argued; he only aggravated an existing ankle injury in stepping aside. The notion that Rodriguez was injured was a lie concocted by the officers and the APD to justify the actions of a rogue officer firing into a car simply to stop it, Loewy said. "It is against all police procedure, it is against all common sense, and it is why Byron Carter" was killed that night.

Icenhauer-Ramirez insisted it was Carter and Webb's fault that the interaction went awry. "These two men decided to do what they did," to pull away from the curb quickly and to aim the vehicle directly for two police officers. According to the defense, Webb and Carter were likely up to no good. Found on Carter's lap was a pile of cash, in small denominations, Icenhauer-Ramirez noted during closing – and the jury should use common sense to deduce where it came from. "It can't be a tragedy if you know [what you're doing] before you do it," he said.