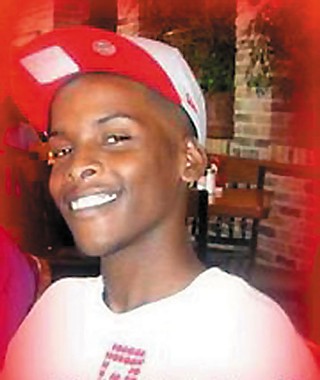 According to Austin Police Officer Nathan Wagner, the only reason he fired his weapon on the night of May 30, 2011, was to stop the car that he believed was about to run over and severely injure, or even kill, his partner and good friend, Officer Jeffrey Rodriguez. "From where I was standing ... [Rodriguez is] there in front of [the car]," Wagner testified in federal court this week. "He goes straight down; he yells, and I can see less and less of him as he goes down."

As the Chronicle went to press Wednesday, testimony was continuing in the federal civil rights case brought by the family of Byron Carter, 20, who was a passenger in the car in question and was shot four times by Wagner that night; he died in the car. At issue is whether Wagner had an objectively reasonable belief that he or Rodriguez were in danger that evening, and whether he violated Carter's rights by using excessive force. The suit was brought by Carter's parents, represented by attorney Adam Loewy.

According to testimony from Wagner and Rodriguez, they were on a proactive patrol of the area just east of the Sixth Street entertainment district, near East Eighth and the I-35 frontage road, when they spotted Carter and his teenage friend Leyumba Webb (who was driving the car that night) walking near the frontage road. Each of the cops testified that they believed the pair was "suspicious" as they walked along, though they had different reasons for that conclusion. Rodriguez said the pair didn't catch his eye until they looked "right at us" and "picked up their pace," walking more quickly. Wagner apparently found the pair suspicious immediately; from where he and Rodriguez were perched, atop a fence behind the Uncorked wine bar on East Seventh, the pair appeared twitchy, "looking all around" as they walked.

Whatever the reason, the cops decided to follow the two young men as they made their way toward Eighth Street, but they lost sight of them at some point. Wagner said he thought they might be hiding. Since there had been a lot of burglaries along Eighth Street just east of the highway, he said he decided that he and his partner should check if the cars parked along the sloping street were safe. He said he'd forgotten entirely about the pair they'd set out to follow as he and Rodriguez set off up the hill. Thus, when he and Rodriguez came upon a running red car with its lights on, parked facing the wrong way at the curb on the two-way street, he thought they should check it out – but he said he wasn't thinking that the two black males that they'd been following might be in the car.

As the cops approached the car, Wagner said he flicked his flashlight across Carter and Webb's faces to get their attention and let them know that they were cops. Both Rodriguez and Wagner are certain that Webb looked right at Rodriguez and knew he was a cop before he allegedly revved the engine and pointed the vehicle right at Rodriguez. In response, Wagner fired five rounds. "I thought I was going to die," Rodriguez said.

Loewy contends that the officers had no reason to follow Carter and Webb, and that their actions – making use of the dark street instead of walking along a sidewalk where their actions would be illuminated – were surreptitious. Rodriguez told Loewy in questioning that they did intend to hide themselves from the pair who were in the car – a pair that Rodriguez said he believed were the two they'd been following.

Loewy questioned whether Wagner would have found suspicious anybody walking along the street looking around – such as if Loewy were to make the same head movements while walking by in a suit – or if his suspicions were based on the fact that Carter and Webb are black. His suspicions had nothing to do with race, Wagner said.

Wagner and Rodriguez are very close friends and socialize outside of work, the officers told Loewy, whose questioning seemed aimed at suggesting that they would be inclined to cover for one another. Just after the shooting, Rodriguez told Loewy, he did make a statement that "wasn't a good one" at the scene of the shooting, picked up on an audio recording. "I've already been to [Internal Affairs]; we're going to get in trouble over this shit," Loewy read to Rodriguez from a transcript.

"You were worried about getting in trouble" for what had happened, Loewy said.

"I was," Rodriguez replied.

But that's only because Rodriguez had a previous "stressful" encounter with IA, over an accidental discharge of his firearm, for which he was given a day off work, the officer told Wagner's lawyer, Robert Icenhauer-Ramirez, on cross examination.

Testimony in the civil lawsuit concluded Wednesday afternoon and is scheduled to resume Monday morning for two additional days.

For Jordan Smith's continuing coverage of the Byron Carter lawsuit, see the Newsdesk blog at austinchronicle.com.

Judge on Byron Carter Shooting: Take It to a Jury
Judge clears the way for family of victim of fatal police shooting to pursue civil rights suit