It was 9:07pm on May 19, 1990 when undercover Houston Police Officer Troy Blando ran a check through the mobile data terminal in his unmarked Jeep Cherokee, looking for history on a Lexus he spotted driving into the parking lot of the Roadrunner Motor Inn while he was out on the beat, hunting for stolen cars. Just about two minutes later, he activated the MDT's emergency assistance button; he'd been shot, and needed help. Blando did not survive.

Police quickly arrested Jeffrey Williams, who said he'd been getting out of the Lexus in question – a car that he had stolen. Williams told police that he'd shot Blando in self-defense. Blando had approached him with his gun drawn, and Williams didn't know he was an officer, he said. Blando called him names and tried to cuff him, he told police. Williams pulled a gun, as did Blando, according to court records. Both fired; Blando was shot in the chest. The police found Williams near the scene of the crime. He was still wearing a single handcuff on his wrist. In February 2000, Williams was convicted of murdering Blando and was sentenced to death.

Williams has raised a number of points on appeal – including that he is mentally disabled, and that his lawyer, well-known Houston capital attorney Donald Davis, who was disbarred several months after Williams was convicted and then committed suicide several weeks later, failed to do any investigation into Williams' history of mental health issues – making him ineligible for execution. Execution of the mentally ill or the mentally retarded is constitutionally banned, the U.S. Supreme Court has ruled. 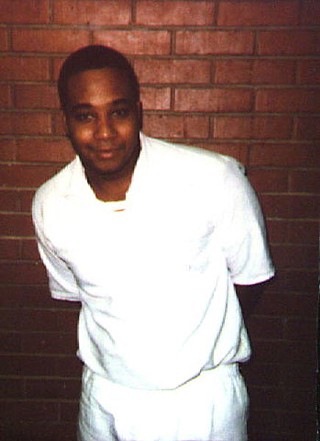 Indeed, Walter Quijano, the psychologist likely now best known for his testimony in a handful of capital cases opining that being black makes one more likely to be dangerous, was hired in Williams' case, but was never provided any materials or given any direction, he said in an affidavit attached to one of Williams' appeals. In order to prove mental disability to avoid execution, courts look to three factors: low IQ, low adaptive functioning, and childhood onset. (For more on capital punishment and mental retardation in Texas, see "Smart Enough to Die," April 19.) Williams' IQ is in question – he tested at 70 in high school, but his academic achievements surpassed that limited level, the courts have said – as is his ability to care for himself. Friends and family have described a man incapable of dressing or cleaning himself, who doesn't understand how to prepare food or to hold a job. Nonetheless, courts have ruled that he is not too impaired: He was able to buy two vehicles on his own, and, although witnesses said he was unkempt and unclean, no one ever said he smelled bad, a federal judge concluded.

In a new appeal, Williams' current attorney, Virginia lawyer Jon Sheldon, argues that although there was plenty of evidence of Williams' troubled background and mental impairment, none of that evidence was brought in during the sentencing phase of his trial, when the jury must consider whether there is mitigating evidence that might warrant a sentence of life rather than death. That evidence "should have been presented" in Williams' case, he said. In fact, not only did Davis fail at trial, Sheldon said, but Williams' state habeas appeal attorney also fell down on the job – in part by failing to raise an ineffective assistance claim. Indeed, Sheldon said Williams' first habeas lawyer failed to do any real work on Williams' behalf; he took an old appeal from another defendant in an unrelated case and merely did a cut-and-paste with the text – leaving in details from the other case – to create an appeal for Williams. He then filed that appeal late, Sheldon said, prompting the court to reject it. Because of the failed lawyering, he said, the case deserves scrutiny. "You cannot have faith at all that anything in this case" was done properly, he said.

Sheldon said he believes that recent court action in an unrelated matter suggests that the federal courts would agree that Williams' case should be reviewed. It's "highly likely we'll get a stay on this," he said.

If put to death as scheduled on May 15, Williams would be the 498th inmate executed since reinstatement of the death penalty.

As expected, the state on Tuesday executed Carroll Parr, convicted of shooting a drug dealer in a drug-deal-turned-robbery gone bad.