"What Would Michael Do?" 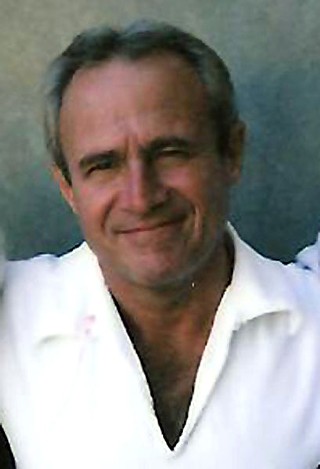 It was a week of long-overdue achievements by the Texas Senate. On April 11, the chamber unanimously passed Senate Bill 1611, the "Michael Morton Act," by Sens. Rodney Ellis, D-Houston, and Robert Duncan, R-Lubbock, which mandates broadened open-file discovery in criminal cases to ensure the defense has access to police reports and witness statements – which in some jurisdictions prosecutors have withheld from defendants prior to trial. In order to protect witnesses, the measure would require defense attorneys to redact personal information from documents before sharing it with experts, investigators, or a defendant. The measure also reaffirms the state's duty to provide so-called Brady material (from the landmark 1963 Brady v. Maryland) – exculpatory, mitigating, or impeachment materials held by the state. Getting the bill together, through committee, and passed on the Senate floor was no small feat: It was nearly dead on arrival in its first form, which would have required reciprocal discovery, with defense lawyers mandated to open their files to the state. That has been a loser of a proposition for years; defense lawyers in part argue that because they have no burden of proof – that rests solely with the state – they have no duty to share anything with prosecutors. After weeks of at times tense negotiations among stakeholders – the Texas District and County Attorneys Association, Texas Criminal Defense Lawyers Association, and Senate staffers (including the indefatigable Brandon Dudley, Ellis' chief of staff and legal counsel) – the bill finally made it before the Senate Criminal Justice Committee and on to the Senate floor, where Morton was present for the historic vote.

Morton spent nearly a quarter-century behind bars for the 1986 murder of his wife Christine, which DNA testing ultimately proved he did not commit. At his trial, prosecutors withheld from his defense crucial evidence – including key parts of the police investigation that could have demonstrated that someone other than Morton was skulking near the couple's home prior to Christine's murder. In March, that person, Mark Alan Norwood, was convicted and sentenced to life for Christine's murder. "I want to thank Michael Morton for using his life's tragedy to make a difference to protect others, to make sure they wouldn't end up in a similar predicament," Ellis said Thursday from the Senate floor. "There were times when this bill fell apart, when I, quite frankly, was ready to walk away and work on something else, but I thought about [Sen. John] Whitmire's comments when he said, 'What would Michael do?'"

On April 6, the Whitmire-led Senate Criminal Justice Committee passed another key reform measure: SB 1292, also by Ellis – with Attorney General Greg Abbott's blessing – that would require pretrial DNA testing in death penalty cases. The measure would ensure on the front end that the state is prosecuting the right person – taking death off the table in cases where the evidence simply isn't there – and decrease the amount of post-conviction DNA testing that can take years, and lots of money, to litigate. – Jordan Smith

The April 10 meeting of the House State Affairs Committee featured a pair of bills that seek to slap the Transportation Secur­ity Admin­i­stra­tion for being, well, a federal security agency that stands between passengers and air travel. Lege watchers will remember last session's drama over a measure that would prohibit TSA agents from conducting invasive pat-downs – specifically those that include touching the "anus, breast, buttocks, or sexual organ of another person, including touching through clothing" – without probable cause. The measure is needed, the bill's sponsor, Rep. David Simp­son, R-Longview, told the committee, because TSA agents at present impede on individual freedom in violation of the Fourth Amendment ban on unreasonable search and seizure. House Bill 80 "seeks to restore ... freedom and dignity" to travelers. The measure is a near repeat of a bill Simpson sponsored last year, which caused consternation among lawmakers after the feds threatened to shut down Texas airports should state lawmakers move forward with such a plan. There's nothing to suggest this time would be any different – as Rep. René Oliveira, D-Browns­ville, pointed out last week: "It's going to be difficult for many of us to support the bill when we are still facing those threats," he said. Indeed, another measure that seeks to replace TSA agents with private at-will employees is also likely a nonstarter. HB 1719, by Rep. Larry Phillips, R-Sher­man, would require local governments that own and control airport facilities to apply to the feds to "opt-out" of the TSA screening program. Both bills were left pending in committee. – J.S.

Gov. Rick Perry used federal tax filing day – April 15 – to call for $1.6 billion in tax cuts for small and medium-sized businesses making less than $20 million in revenues. Perry announced his plan at the Greater Austin Chamber of Commerce, joined by key business leaders and lawmakers. Also on Monday, Perry launched a weeklong ad campaign in Chicago, telling Illinois-based businesses, "Get out while there's still time, and come to Texas." The GACC is working with the governor's office to recruit companies from California and has scheduled a series of visits there in May, June, and July. The Chamber will head to Chicago in August to test the success of Perry's ad campaign, promoting Texas as a business-friendly environment with "low taxes, predictable regulations ... and a skilled workforce." – Amy Smith

Houston homebuilder Bob Perry – most noted for bankrolling the campaign that swiftboated John Kerry's 2004 presidential bid – died Saturday at the age of 80. Perry was an extremely active but silent player in national and state GOP politics and conservative causes, most recently giving $23.5 million to Super PACs and $1.9 million to state Republican candidates during the 2012 election cycle, according to the Center for Public Integrity. To a lesser extent, Perry also shared his wealth with some Demo­cratic politicos, including Austin state Reps. Dawn­na Dukes and Mark Strama, and former state Rep. Patrick Rose of Dripping Springs. – A.S.