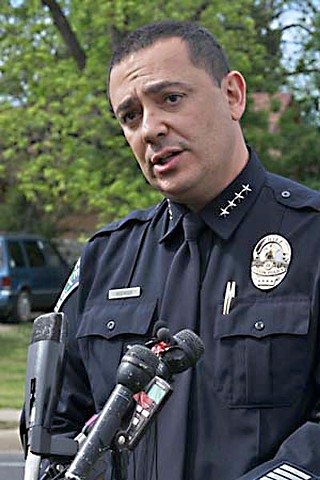 "We know it's a marathon, not a sprint," said Hilary Rand, speaking of the movement to reduce gun violence. "We realize it's going to be an uphill fight."

I spoke this week to Rand and Ed Scruggs, two of the organizers of the Capitol "Texas Rally for Gun Sense" this Saturday afternoon at 1pm. Neither had any illusions that the work to convince state and national legislators to act on gun control will be easy, or even that short-term progress is likely. But both had been galvanized into action by the December school massacre in Newtown, Conn., and both felt compelled to action, whether or not success is imminent. "I owe the children of New­town" to keep trying, said Scruggs. Rand, who has two elementary school children, said simply, "I needed to do something. ... I could not simply go on back to daily life."

The groups sponsoring the rally include Texas Gun Sense (formerly Students for Gun-Free Schools), Moms Demand Action, and the Texas chapter of the Brady Cam­paign to Prevent Gun Violence. The moderately sounded theme reflects not only an intention to call together people from all sides of the political spectrum, but the understanding that the reforms most advocates are seeking – universal background checks for gun sales, keeping guns out of the hands of criminals and the mentally ill, maintaining gun-free zones in schools and other public institutions – are not remotely radical, and indeed enjoy widespread public support. "We're going to stand up for common sense," says Scruggs.

It's worth emphasizing that there is overwhelming public support for these measures, especially for universal background checks on all gun sales, at least 40% of which now avoid such checks because only federally licensed dealers are required to perform them – meaning irresponsible or criminal transactions are often one step away. Nation­al support for background checks hovers just below a virtually unheard of 90%; even in Texas, where the presumption is always that absolute "gun rights" come first, polls reflect that 78% of Texans – again, across political lines – also support such checks.

Of course, what's common sense among most Texans is not necessarily in ample supply at the Legislature. Of the more than 100 bills addressing weaponry pending at the 83rd session, most seek not to strengthen regulation but to weaken it. Sen. Rodney Ellis has filed four regulatory bills, including one that would require universal background checks and one more specifically aimed at closing the "gun-show loophole" – whereby sales at gun shows often occur without significant regulation.

Ellis aide Jeremy Warren said Wednesday he's hoping for a Criminal Justice Com­mit­tee hearing on the bills (or some committee substitute) next week, but he acknowledged that enacting such legislation under current political circumstances is "an uphill battle." "There are powerful political forces trying to maintain the status quo," he said, "it's a chasm we're trying to build a bridge over."

Even worse than in Washington – where the post-Newtown momentum has hit a political brick wall, and rational gun regulation seems less likely every day – at the Lege, the most likely changes will be to make guns more ubiquitous and easier to acquire. Warren said right now, the bills with the most legislative support would weaken or shorten training requirements for concealed handgun licenses and make it easier to allow guns on campus – from colleges right down to elementary schools.

Texas Gun Sense was founded initially by college students opposed to guns on campus, and UT grad student John Woods is again among those working to stop the latest initiatives to proliferate guns in schools. Last week, he spoke to a City Hall press conference that also included Mayor Lee Leffingwell (an early supporter of Mayors Against Illegal Guns) and Austin Police Chief Art Acevedo. Woods' girlfriend, Maxine Turner, was killed in the 2007 Virginia Tech gun massacre, and he has eased his loss since – "like being ripped out of paradise," he said last week – by working to prevent more of the same. He's become a living witness to what happens when it's made easier for criminals or the mentally ill – like the Virginia Tech and Newtown shooters – to acquire guns, and his current priority remains stopping the bills that would put more guns on campus.

Acevedo was even more blunt, engaging directly those who say they support "law and order" and yet oppose universal background checks. "This is not about violating anyone's Second Amendment rights," he said. "You cannot argue with a straight face that you don't support background checks, but you're in favor of public safety. ... It's about keeping guns in the hands of law-abiding citizens, and keeping guns out of the hands of criminals or people that would do us harm – no more and no less."

It would be nice to be able to write that the struggle to enact reasonable gun regulations is going well. The broad and deep base of support for background checks would seem to make that step inevitable; instead, it has stalled in Congress (with pandering popinjays like Rand Paul and Ted Cruz threatening filibuster) and seems quite unlikely to "bridge the chasm" at the Lege. "It just shows how dysfunctional everything is," commented Scruggs.

The most encouraging signs are at the grassroots – the change in the public culture necessary to eventually shift the political culture – with efforts like Saturday's rally, put together by people who concluded simply, "We have to do something." Speakers include Rep. Elliott Naishtat, Council Member Mike Martinez, County Commissioner Sarah Eckhardt, local NAACP Chair Nelson Linder, and survivors of gun violence from around Texas.