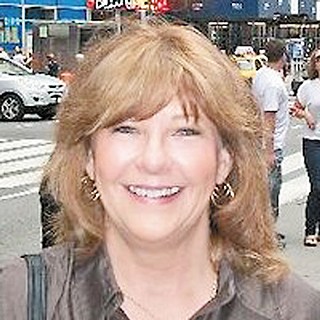 The federal government has pulled from the state of Texas the ability to administer millions in family planning funding, giving the money instead to a coalition of providers led by the Women's Health and Family Planning Assoc­iation of Texas, which says it can serve a greater number of women with the available funds – and without the political divisiveness that for more than a decade has infected funding for and discussions about women's health in Texas.

For more than four decades, the federal Title X funding has been dedicated to funding family planning services and covering clinics' infrastructure costs. The funds are generally granted to providers (like Planned Parenthood) and/or to state health agencies. In Texas since 1980, the majority of the funding has been administered by the Department of State Health Services – roughly $18 million in 2012, for example; since 2009, DSHS has been the sole grantor of Title X funds.

The grant award gives the WHFPT coalition control of the Title X funding for three years; the first allocation for a partial year of services is for $6.54 million. The total yearly amount of funding isn't yet determined because of federal budget cuts, says WHFPT CEO Fran Hagerty. The group's network of providers includes 34 contractors operating 121 clinics across the state. The group has estimated providing care for more than 190,000 women; with federal budget cuts that will likely change, though by how much is still unclear, Hagerty says. "We are all ready and eager for this opportunity to provide family planning care," she says, and she's "really confident" that her group will be able to begin repairing the damage done to the state's women's health care system as a result of recent and drastic cuts to the family planning budget.

Until 2011, Texas had combined its Title X funding with other sources of federal money in order to provide, per year on average, roughly 244,000 low-income, uninsured women with basic reproductive health care, cancer screenings, and birth control – a group of services together referred to as a "well-woman check." According to the Gutt­mach­er Insti­tute, there are more than 1 million women in Texas in need of these services. Yet in the last Lege session, lawmakers stripped two-thirds of funding from what had been about a $100 million biennial budget for women's health, leaving only the Title X funding – the pot of money it was powerless to divert to other programs. The effects were immediate: Nearly five dozen family planning providers shuttered operations, and just 75,160 women received services in 2012.

The destructive budget cuts and their impact on the state's infrastructure for women's health began earlier in the decade with a legislative push to try to defund Planned Parenthood, historically among the state's largest providers of women's health services. Although PP clinics had long been among the most efficient and cost-effective providers of women's health and family planning services, some lawmakers decided that because a small percentage of the nonprofit's business is in providing abortion care – care provided with private funds – it should not be allowed to contract with the state, nor receive any funds at all to provide health services to women.

Lawmakers first tried a more indirect approach, with a 2005 budget rider that allocated the first $10 million per year in family planning money to federally qualified health centers. That wasn't particularly effective at barring PP from participation, because millions went unused by the FQHCs and had to be reallocated midyear. By 2011, lawmakers just cut straight to the chase by removing all other sources of federal funds from family planning, keeping in place the FQHC-favoring rider, and crafting a new, even more restrictive funding matrix. Under that scheme – a three-tiered, favored provider plan – PP was placed on the lowest tier of providers, only allowed to be funded if any money remained after first funding FQHCs and other community-based providers, like local health departments. The plan worked to remove most Title X funding from Planned Parenthood, but because so few funds were left at all, it also meant that lots of local health departments and other family-planning specialists were punished, too, leading to a record number of clinic closures in 2012.

It was in this environment that WHFPT entered the fray, led by Hagerty, who worked with her members to build an impressive coalition of providers across the state – including Planned Parenthood – to apply for, and now to take over, the Title X funds. Indeed, under her group's application, money would be allocated based only on the ability to efficiently serve as many women as possible – a strategy that the state seems to have abandoned. "No one is going to be excluded based on any political consideration," Hagerty told us in February. "When you're not beholden to the Legis­lat­ure, or to politicians calling you and saying, 'Do this, do that,' when you don't have anything else to consider, it's pretty simple: getting women served."

Hagerty got the news about her group's successful application over the weekend. "I am thrilled," she said. "I'm still in a bit of shock about it, but I am thrilled." WHFPT takes over administration of Title X on April 1.