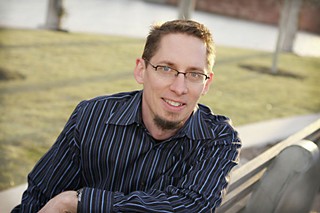 For social conservatives, it was a watershed moment. Faced with declining public support, they had long sought for science to confirm that same-sex households are not a suitable family arrangement. With his New Family Structures Study (NFSS), released last year, UT associate professor of sociology Mark Regnerus seemed to make the case with a clarion blast. According to his research, children raised in same-sex homes fared worse than those raised by opposite-sex parents – showing a higher propensity for drug and tobacco use, alcohol abuse, depression, and thoughts of suicide. With scholarship backing the right's message, it was not difficult to get the media to listen.

But LGBT advocacy groups were listening, too. After the reporting of the NFSS results, several were quick to highlight problems in the research – arguing that the study was not adequately peer-reviewed, and, importantly, that it had much less to say about "same-sex" relationships than about unstable marriages; as Amy Davidson summarized in a blog post for The New Yorker: "If this study shows anything, it's not the effect of gay parenting, but of non- or absentee parenting."

Other critics pointed out that the research was funded by the socially conservative Bradley Foundation, as well as the Wither­spoon Institute. Although a subsequent University of Texas review found no inappropriate influence, recently released documents (in response to open-records requests by the American Indepen­dent News Network) reflect that Witherspoon's relationship with the study was cozier than Regnerus had let on.

In the initial NFSS report, Regnerus insisted that Witherspoon "played no role at all in the design or conduct of the study, the analysis, the interpretation of the data, or in the preparation of [the] manuscript." He subsequently upped the rhetorical ante, claiming, "I have always acted without strings from either organization [Bradley or Wither­spoon]. Any allegations that the funders might have improperly influenced me are simply false." However, the emails released by UT detail a close working relationship between Regner­us and Brad Wil­cox, Witherspoon's director of the Program on Marriage, Family, and Democracy.

In a September 2010 correspondence with Regnerus, Wilcox relays budgetary decisions on behalf of Witherspoon, approving several items related to the study, including possible scholarly collaborators and the length of study proposal. In a July 2011 email, Regnerus speaks of a joint decision to pay an unidentified person $15,000 to "co-analyze and co-author the report."

Wilcox's contribution was not exactly secret, but both Wilcox and Regnerus have characterized that relationship as an advisory role divorced from the Witherspoon Institute. Writing on Familyscholars.org, Wilcox explained his NFSS role matter-of-factly. "As a consultant, I attended an initial planning meeting in Austin, Texas, and provided input to Professor Mark Regnerus about the design, analysis, and interpretation of the survey data associated with the NFSS."

That statement would not have been damning in and of itself if Wilcox were not acting in an official Witherspoon capacity. But the email approvals contradict both Regnerus' assertion that Witherspoon "played no role at all" in the study and Wilcox's that his role at Witherspoon was "honorific."

Muddying the waters further was Wilcox's position on the peer review board of Social Science Research, which fast-tracked the publication of the study. According to a 2010 email to Regnerus from Witherspoon President Luis Tellez, speed was paramount. "Naturally we would like to move along as expeditiously as possible but experience suggests we ought not to get hung up with deadlines, do what is right and best, move on it, don't dilly dolly [sic], etc. It would be great to have this before major decisions of the Supreme Court but that is secondary to the need to do this and do it well."

Despite the very vocal criticism that followed publication, the Witherspoon Insti­tute largely got what it wanted out of the study. The NFSS has been cited in several court cases dealing with the issue of marriage equality, including the cases the Supreme Court is set to hear on the constitutionality of the Defense of Marriage Act and California's Proposition 8. The study is routinely name-checked by groups opposing same-sex marriage.

Regnerus has not admitted to any malfeasance. While refusing a request for a full interview, he restated to the Chronicle his claim that Witherspoon in no way influenced the NFSS results. He also seems unworried about the released documents. "Unfortu­nate­ly, it's because I chose to make the data public that the University of Texas lost its bid to keep my correspondence about the study private. Making data public is never required of privately funded data collection efforts, as it is for federally funded ones. But I made the data public because it's the right thing to do – that's how science works." With more documents set to be released, it remains doubtful that the scientific community will agree. 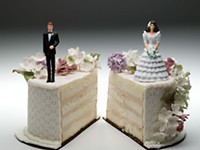 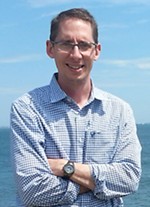