Developers hope to build a 96-foot tower on the site of the Taco Cabana at Riverside and Lamar. (Photo by Jana Birchum)

There probably won't be any songs written about the demise of the Taco Cabana on South Lamar, but those who like their frozen margaritas served early, and the option of a drive-through for their quesadilla needs, will most likely have to drive a little farther soon.

Dallas and Los Angeles-based developers plan to build a 96-foot mixed-use project at the corner of South Lamar and Riverside Drive. Current plans call for ground-floor retail, up to 175 upscale condominiums, and a zoning change that would allow the building to go beyond the current limit of 60 feet.

Though the public process for obtaining that zoning change has yet to begin, a fight over the extra 36 feet is already brewing. At the last quarterly meeting of the Zilker Neigh­borhood Association, president Gardner Sumner gave his neighbors a heads up. "Let's put it bluntly, this is a big scam," said Sumner. He told his neighbors that developers were seeking Planned Unit Development (PUD) zoning, which is designed for tracts of land greater than 10 acres. The South Lamar lot is about one acre. "I think that the neighborhood deserves to know that this is being predicated on very shaky ground," said Sumner.

Whether or not PUD zoning on smaller lots is shaky ground has been a matter of debate in Austin for some time. While PUDs were originally intended to unify the zoning of larger parcels, the practice of using them to get additional height in urban areas has been supported by the city for years, at least implicitly.

In the early 2000s, developers started using the PUD ordinance to get additional height on small lots, using a loophole to obtain waivers to the 10-acre minimum. When the city amended the PUD ordinance in 2008, staff included language that required developers to provide other benefits – community benefits – in exchange for allowing PUD zoning on smaller properties. Acknowledging the city's preferred intent, the 10-acre requirement was left in the ordinance, but so was the ability for developers to ask that the requirement be waived.

Leaving the loophole intact and adding the community benefit requirements has continued to cause much consternation. Ideally, it's a way the city can encourage density without hog-tying developers, and gain community benefits from the smaller PUDs in the process. Less ideally, the lack of clarity continues to irk those who recognize the original intent of the zoning – to unify large developments under one aegis.

Jeff Jack, who is a member of the Zilker NA as well as chair of the Board of Adjustment, takes issue with the new, smaller PUDs. "If you're going to apply it to a one-acre site, with a single parcel and one common zoning, it's simply a tool to avoid any other restrictions. It's a tool to allow Council to give the developers the ability to do an end-run around code," says Jack.

Steve Drenner, the Austin attorney representing the project, disagrees. "For those that say it's not 10 acres, and therefore shouldn't be used, they've just not been paying attention," he says, pointing to City Council approval of the nearby Park PUD on Barton Springs Road and the RunTex PUD at Riverside and South First as proof that the city considers the zoning appropriate for large and small sites alike.

Drenner says that in order to qualify for PUD zoning, developers have to prove they are building a superior project with community benefits. For this project, the perks include things like saving existing trees that would otherwise be lost, providing retail and restaurants on the ground floor, water quality controls, rent-free space to the Parks and Recreation Department, hidden parking, a public plaza, and space for a bike-share program. Under PUD zoning, developers will also be required to provide a certain amount of affordable housing, or pay a $420,000 fee in lieu to the city's affordable housing fund, though that determination will ultimately be up to City Council. None of these benefits would be required under the current zoning, says Drenner. And the only thing that developers are getting in return is added height.

But according to Jack, this is exactly what the city needs to be focusing on. It's all well and good to say that the change is "only" 36 additional feet. But when that 36 feet will be home to one of the best views of the city, on some of the last available air space in the area, shouldn't the value of that specific 36 feet be taken into consideration? From his perspective, the extra height is a community asset. "When you buy a piece of land, you buy the entitlements that you have. Everything else is a community value, or community asset. So what is the value of that community asset to that developer?"

Jack says it would be easy enough to figure out, and by his count, there are "several millions in added profitability to the Taco Cabana PUD site, by getting that extra 36 feet in height." In return, says Jack, "we often get chump change. It's nowhere near what they are getting out of the deal."

It would take an act of willful oblivion not to notice that the Zilker neighborhood has seen its fair share of development recently. Anyone who's driven down South Lamar in the past few weeks knows that massive construction projects are underway on what seems like every block. With thousands of apartments and new residents on the way, the neighborhood resents the notion that they are anti-development. But with all that construction going on, they argue, there is no need to make piecemeal exceptions to existing plans and regulations, just so that more condos can be built. At the neighborhood association meeting, Sumner articulated the fears: "Adding 3,000 apartments, and probably 6,000 more people to an already trembling infrastructure – it's going to be a little bit of hell." 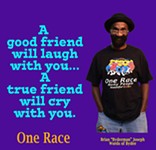 Public Notice: Out of the Frying Pan ...
Council resumes regular schedule next week 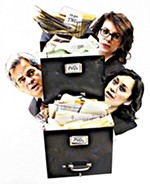 Put This in Your PUD and Smoke It!
Heated exchanges over Pilot Knob PUD; Adler negotiates with Lyft 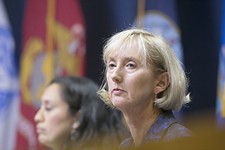 Council: Like a Room Without a Roof
Council passes PUD rules on first reading