Then There's This: Who Should Control Austin Energy? 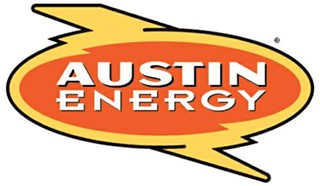 For the second time in a couple of weeks, an attempt to "professionalize" a key function of city government is facing stiff resistance from skeptics who believe such efforts place business interests ahead of the public's interest.

Late last month, a City Council proposal to allow registered lobbyists to help rewrite the Land Development Code cratered in the face of loud opposition. This week, however, a Council majority appears to be in place to pass a resolution that would activate a rather radical process of transferring control of the city-owned Austin Ener­gy to an independent board of trustees. The seven-member board would include the mayor, and trustees would be paid for their work (the amount could be decided today). The proposal – Item 46 on today's agenda – is led by Mayor Lee Leffingwell, with co-sponsors Sheryl Cole and Bill Spelman. The proposal follows Sen. Kirk Wat­son's Feb. 6 filing of Senate Bill 410, which would exempt the Coun­cil from following the City Charter by putting the governance question to the voters.

Mike Martinez is said to be on board with the governance switch. Chris Riley's vote is less certain, although he did seem satisfied with assurances from Leffing­well and Spel­man that the new board would be subject to the Texas Open Meetings Act, and that Council would have the final word on big-ticket items such as electric rates and major capital projects. Kathie Tovo and Laura Mor­rison, on the other hand, each voiced objections to the resolution and raised a number of detailed questions that couldn't be readily answered. Tovo advocated instead for the creation of a Council subcommittee, which would include at least one member to represent the interests of ratepayers from outside the city. That's the proposal put forward by Public Citizen's Tom "Smitty" Smith and others.

Karen Hadden, vice chair of the city's Electric Utility Commission, which recommended the governance change, says she voted for the measure in the belief that the idea of a Council subcommittee that includes outside ratepayers would get more serious consideration. Speaking personally, she said she opposes the resolution because it allows "corporate headhunters" to stack the board with industry-friendly reps who aren't keen on green energy or affordability programs to assist low-income ratepayers.

Watson's bill and the Council resolution are designed, the argument goes, to ward off persistent legislative attempts to deregulate the billion-dollar-plus municipal utility. In a statement from Watson's office Wednesday, the former mayor sought to temper fears that the governance change would close the door on accountability and Austin's community values. "Over more than 15 years of public service in Austin, I have worked to prevent legislative actions that undermine Austin's ability to steer its future," he said, noting last session's unsuccessful effort to dismantle AE. "That bill," he said, "would have moved Aus­tin into the state's volatile deregulated market, potentially harming ratepayers across the region and endangering not just Austin Energy but also the role it plays in the economy. We were able to block that bill, but the legislative threats facing our utility have not gone away."

The Legislature is not the city's only headache. AE is currently under fire at the Texas Public Utility Commission as officials there consider an appeal of last year's rate increase. That challenge, filed by suburban ratepayers outside the city, gained new ground last week with the merciless findings of a forensic accountant representing the PUC's consumer advocacy arm. In sum, the outside accountant recommended a $91 million decrease from AE's current rates – an amount that would cripple the city's operations. The rate case goes to a hearing in March, with a final decision expected in June.

What's in the Resolution?

The proposal before Council today is not altogether bad; it carries some long overdue reforms that would establish an independent rate hearing process with input from a consumer advocate. Also, a "professional search firm" would tap potential nominees, with the final picks left to a Council subcommittee. The new board would assume control of the utility by the end of this year. Trustees would serve up to three four-year terms, and any bad apples among them can't be removed without a 75% super-majority vote of Council.

The person charged with getting the ball rolling on this changeover – City Manager Marc Ott – has strongly advised against a governance shift. In a six-page memo to Council last December, he outlined several logistical challenges the move would create, including budget oversight, environmental compliance, and the overall costs of implementing the restructuring. In short, it would add another layer of bureaucracy, at a steep price. Notwithstanding Ott's objections, the resolution directs him and the legal staff to fashion an ordinance, or at least a transition plan, and report back to Council in 30 days.

Most assuredly, this grand governance plan, concocted more out of fear than out of necessity, doesn't immediately inspire confidence that Austin would be any better off under an "independent" board with no accountability to the utility's owners. (That would be us.)