Man Who Functions at Third-Grade Level Sentenced to Die

Carl Blue was accused of dousing his ex-girlfriend in gasoline and setting her on fire; she died of her injuries 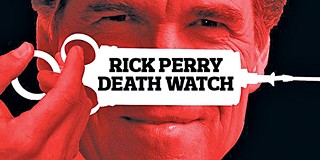 On Aug. 19, 1994, Carl Blue stood outside the College Station apartment of his former girlfriend, Carmen Richards-Sanders, holding a cup of gasoline. When she opened the door to leave for work, Blue tossed the liquid onto her, flicked his lighter, and set her afire. When Lawrence Williams, who was also in the apartment, tried to come to her aid, Blue allegedly doused and set him ablaze too. Williams survived, but Richards-Sanders died in the hospital two and a half weeks later. Blue was convicted of the crime and sentenced to die. 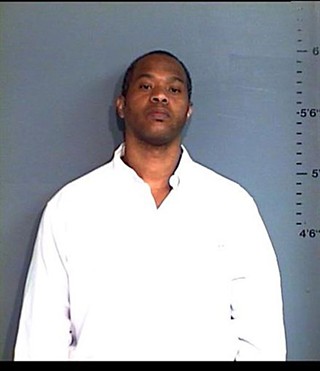 Unless his final appeals are successful, Blue will be the first person executed in Tex­as in 2013 when he is taken to the death chamber on Feb. 21. He would be the 493rd inmate sent to death in Texas since reinstatement of the death penalty, and the 253rd to die under the watch of Gov. Rick Perry.

Blue was first convicted in 1995, but his death sentence was overturned by an appeals court, which ruled that a state witness improperly testified that because Blue is black he is more likely to be dangerous in the future. Although Blue was given a new sentencing hearing and again sentenced to die in 2001, questions still remain about whether his punishment fit the crime. At issue now is whether the court-appointed attorney who represented him in that retrial was ineffective, in part for failing to present evidence related to Blue's troubled background and mental impairments. To wit: Blue was born prematurely to a 13-year-old mother in a severely impoverished family; at birth he weighed less than 3 pounds. Because he was born at home in a two-room shack shared by 22 people, the family could not afford to take him to the doctor; they warmed him in an oven for a week before taking him to the emergency room. He remained there in an incubator for two months, but even then weighed only 5 pounds, according to an appeal filed Jan. 22 in Brazos County by his current lawyer, Michael Charlton. Blue's premature birth and seriously low birth weight make it more likely that he would suffer from hypoxic brain injury. Furthermore, Blue only functions at the level of a third-grader – he can barely read or write – and was bullied and abused as a child. Yet none of these issues were raised – mitigating factors that Charlton argues might have persuaded jurors to spare his life.

Moreover, Charlton argues that an ineffective assistance of counsel claim was never before raised because the same attorney, John Wright, represented Blue both at trial and on appeal. "Clearly ... Mr. Wright had a conflict of interest that materially and adversely affected the representation of Mr. Blue," Charlton wrote.

Whether the court will grant a stay in order to consider whether Wright was ineffective remains to be seen. The U.S. Supreme Court ruled last year that the failure to raise an ineffective assistance claim in an initial appeal does not necessarily preclude a later appellate review. If the Brazos County court rejects the appeal, it will be up to the Supremes to decide whether to stay Blue's date with death.