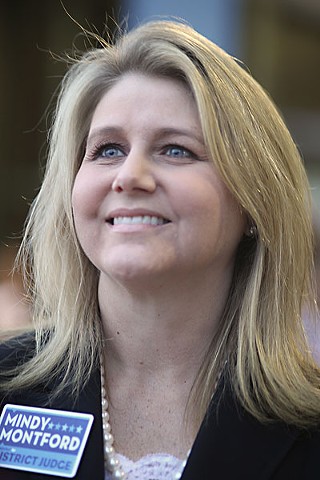 According to the American Bar Associ­ation, the first of 10 principles that should guide the delivery of criminal defense for the indigent is that the "public defense function, including the selection, funding, and payment of defense counsel, is independent." But that's not how things are done in Travis County, and the county's elected judges think it's time for that to change. A draft proposal put together by the county's judges would create an Office of Managed Assigned Counsel to oversee the system by which local private attorneys are appointed to represent poor defendants – including how much individual attorneys are paid for their work.

Under the current system, qualified attorneys who have signed up to defend indigent clients have their names placed on a "wheel" of lawyers who are then assigned, in order, to a client by the presiding judge for that case. Judges also control the purse strings, holding the power to approve – or deny – payment to experts, investigators, and attorneys.

That arrangement, critics say, creates a conflict of interest, or at least gives the appearance of impropriety. "If we're supposed to do our jobs without even the appearance of impropriety," the current system is a problem, said county court-at-law Judge Carlos Barrera. Barrera, who hears misdemeanor cases, worked as a criminal defense attorney before being elected to the bench in 2008 and knows well the issues that arise from the current system – including the potential for significant disparities in payment depending upon which judge is presiding over a defendant's case. Defense lawyers complain that certain judges refuse to pay any additional fees even when a lawyer has put in extraordinary work. "Even when I was a defense lawyer, it bothered me," Barrera said, "but when you're a lawyer, you're just in a position to take your licks and move on."

Taking the appointment responsibility out of the hands of judges and giving it to a director of defense appointments – preferably a veteran and well-respected member of the defense bar – would ensure that payments are "approved in a more consistent manner," reads the proposal. "The present system of payment often leads to conflict, disagreement, and dispute, which negatively impacts the relationship between judges and lawyers and undermines the respect and dignity which is required in the criminal justice process."

The proposal also suggests that having a Managed Assigned Counsel office would also ensure greater and more direct attorney oversight, to ensure higher quality representation of poor clients. The current system of judicial oversight is unwieldy because there are nearly 300 lawyers on the appointment list, judges say. "The current system does not lend itself to significant quality control and oversight," reads the proposal. Attorney Mindy Montford, who has been asked to be part of a stakeholder group reviewing the proposal, says that ensuring high-quality representation is extremely important. The system, she said, needs to "give people who have court-appointed counsel the attention to detail" that paying clients expect, she said. The biggest problems she sees are attorneys who "don't see their clients, communicate with their clients, or take [plea] offers to their clients." She believes having an office designated to oversee the product of the attorneys on the list could help correct systemic problems.

In other words, she said, this is a good "first stab" at addressing some of the ongoing issues in the county's appointed counsel system. Indigent defense is no small matter for Travis County: In 2011, roughly 66% of all felony defendants were represented by court-appointed lawyers, as were 52% of all misdemeanor defendants. In all, the county spent nearly $9.3 million on indigent defense in 2011. Among the ongoing concerns not addressed by the proposal is how to create greater parity between the resources made available to the state vs. those made available to the defense; the current disparity is substantial. For 2013, the county has budgeted $17.5 million for the prosecution of felony crimes and an additional roughly $17 million for misdemeanor prosecutions.

Indeed, some defense attorneys have expressed concern about portions of the proposal – including about whether it makes sense to funnel precious tax dollars that could be going directly to court-appointed attorneys into creating a new office and layer of oversight, and whether it is wise to have a bureaucrat decide whether and how much should be paid for expert testimony, for example, which can be far more a legal issue than a financial one.

The judges respond that the proposal drafted by now-retired Judge Mike Lynch – which currently estimates the cost of the office to be $519,000 annually – will evolve with the input of the defense bar, and they have scheduled several meetings between now and mid-March. Whether county commissioners would even be willing to fund the new office is unknown – but supporters argue the appropriate question is the county's ethical obligation to indigent defendants. "The idea is to improve indigent defense," said felony district Judge David Crain. "That's all we're wanting to do."

cost estimate for the MAC system, if adopted by the county.