The changing face of the venerable South Lamar Plaza 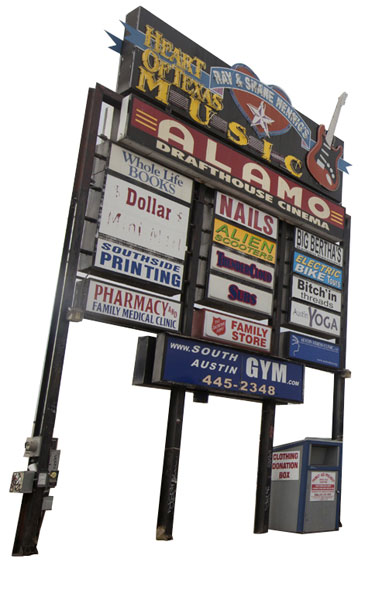 For many, South Lamar Plaza was what was best about South Austin, its iconic sign a neon-wrapped beacon of old-fashioned weirdness. The strip mall was a little run down, sure, and parking could be a minor nightmare, but its mixture of low-rent units and hip entertainment meant stores like the quirky vintage emporium Bitch'in Threads shared an address with the internationally known Alamo South Lamar. Now the institution has gone under the wrecking ball, as property firm Greystar turns the site into a mixed-use development. The project had been on and off again for years, and earlier in 2012 it looked like it was canceled permanently. But by September, Greystar had signed all the necessary paperwork, and the eviction notices went out. In its new incarnation, designed by award-winning local architect Michael Hsu, it will mostly be new tenants who take up its 85-thousand-square-feet of retail space, and that means many of the old tenants have been forced out. Some, like World Spirit Books, are gone forever. Others have relocated, like the Lamar Plaza Drug Store, which moved a couple of blocks south and still serves the same community. Ray Hennig packed up his instruments from Heart of Texas Music and shipped them to his store in Temple. Depending who you ask, this is either the demise of another chunk of Austin's soul, or just another change in a part of town that has always seen companies come and go. After all, it's only been seven years since the Alamo opened its South Lamar location, and now it would be almost impossible to think of the plaza without it. But when a veteran slugger like the South Austin Gym has to take down the ropes and pack up its canvas, it's undoubtedly the end of an era. 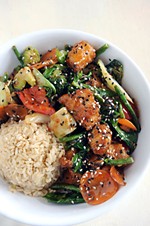 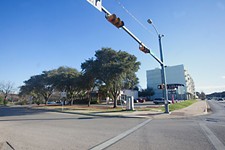 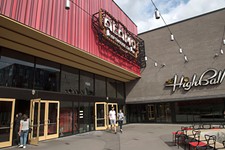 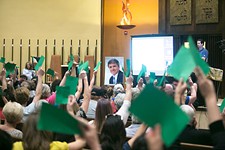