Considering Texas' future – a few things to keep in mind 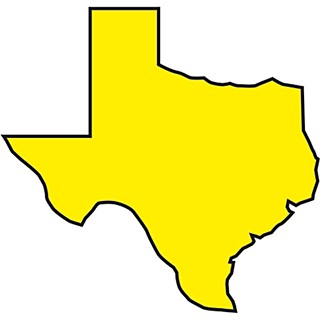 Elsewhere in this issue ("Will Texas Do Better?"), we take another look at the prospects of the upcoming 83rd Legislature, largely through the perspective of the prefiled bills. We don't claim to be exhaustive: Several hundred bills are already filed, and several thousand will hit the committees in the next couple of months, most of them destined never to reach the floor. Texas has never lacked for enough laws, but in matters of civil and human rights, social and economic equity, and the simple provision of adequate opportunity for all Texans to enjoy a good quality of life, our state still has a very long way to go.

The Center for Public Policy Prior­i­ties, which advocates at the Capitol for the better welfare of all Texans, offers a quick summary of the situation on its home page: One in five Texans live in poverty (conservatively defined); one in four have no access to regular health care; one in five Texas children live with hunger. Precious few of the bills accumulating on the Lege's website are aimed directly at alleviating those conditions, and those that are have few prospects of survival. (Readers interested in following the fate of these issues during the session should check in regularly at the CPPP website: www.forabettertexas.org.

Indeed, last session's slashing of the budgets both for basic health care and for public education (for the first time, not even accounting for new student growth) is already finding an echo in declarations from the leadership and filed legislation that would make it even more difficult to fund basic programs. It's apparently not sufficient that current Republican officials want to "starve the beast" of government during their own tenures. Proposed constitutional amendments filed by Sen. Dan Patrick (SJR 10) and Rep. Bill Callegari (HJR 23) and endorsed by the governor would restrict future budget appropriations to percentage increases based on the current budget, biennial inflation, and state population growth, establishing recession-based austerity as constitutional principles – while handcuffing future Legislatures, whatever the public needs.

We can only hope – against all prevailing evidence – that the Lege will reject these follies.

Whatever their chances, those budget-squeezing resolutions no doubt have better prospects than progressive resolutions offered by Houston Democratic Rep. Sen­fron­ia Thompson and her Senate counterpart, Sen. Rodney Ellis, that would ask the U.S. Congress to draft legislation for a U.S. Constitutional amendment that would overturn Citizens United – the Supreme Court decision that granted unlimited First Amendment (and political campaign spending) rights to corporations, greatly expanding the influence of big money on our politics.

Although the Citizens United decision is reported to be almost as unpopular among Republicans as Democrats, the likelihood of this Legislature bucking the conservative Supreme Court is probably nil. Nevertheless, I recommend a reading of the legislation, which argues forcefully: "the tide of corporate money that has been unleashed in the wake of Citizens United deeply threatens the free speech protections of individuals, and the amendment process must be used to reverse this erroneous and damaging decision."

When reviewing legislation pending at the Lege over the next few months, it's useful to have some standards for evaluation in mind: Will it improve the lives of everyday Texans? Will it increase opportunity for most Texans – or instead reinforce existing inequalities of opportunity? Will it serve to improve the common quality of life?

With those broad standards in mind, another indispensable resource for Lege-watching is "Texas on the Brink," a biennial report produced for the House by the progressive Legislative Study Group (www.texaslsg.org/texasonthebrink). The most recent edition, from the 2011 session, features the following highlights of Texas' rankings among the 50 states:

These are all useful standards to keep in mind – with abundant room for improvement – when considering the Lege in action on such "priorities" as voter ID or sanctuary cities or drug testing welfare applicants. Those health ­care statistics, in particular, are worth pondering when Gov. Perry makes yet another announcement rejecting federal Medicaid funding or refusing to cooperate in the national health care plan. And of course, our voting turnout ranking is nothing to take pride in, especially when you hear your friends saying things like, "There's no point in voting – they're all the same."