As the 83rd Legislature slouches toward Austin, hope dances a two-step with apprehension 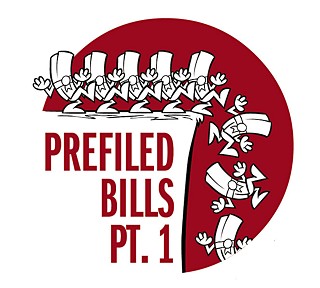 Austinites view the arrival of the Legis­lat­ure with a mixture of Texas welcome and political trepidation, and the 83rd session, which begins Tuesday, Jan. 8, will be no exception. This week and next, we offer a preview, taking a look at prefiled legislation – the bills beginning to accumulate for assignment to committee. We also asked a few local progressive insiders what they might be hoping for – and fearing – as the session approaches. Rick Levy, legal and education director for the Texas AFL-CIO, who spends much of his session time trying to defend workers' rights, summed it up half-seriously: "What we're apprehensive about is the session, and what we're looking forward to is sine die."

Levy's ambivalence found echoes in the comments of legislators. Austin Rep. Donna Howard began: "I am hopeful that the majority of my colleagues will actually do what I've been hearing Speaker [Joe] Straus talk about, making efforts to address those issues that Texans actually want us to address: investing in education and infrastructure rather than the narrow, wedge issues that end up dividing us rather than improving the lives of Texans." Howard said she's pleased to see that "a wide cross-section of legislators" have already expressed concern about the heavy influence of "accountability testing" in public schools. (The new Texas Education Commissioner, Michael Williams, announced last week that the rule requiring the tests count for 15% of final grades will be postponed for one year.) "That's positive," said Howard. "It crosses party lines and ideologies, so that's got some positive traction."

Last session's severe budget cuts are on everyone's mind. "I am definitely concerned," continued Howard, "that the politics and the posturing will get in the way, specifically, of restoring those devastating cuts that were made last session, especially the ones that were made to women's health care and to public and higher education."

Rep. Elliott Naishtat, long an advocate for health and human services, also talked budget. "The lieutenant governor appears to be leaning toward using a portion of the Rainy Day Fund, but only to address key water-related needs," he noted. "Don't get me wrong, that's important, but I wish the lieutenant governor had sent a signal he's also considering using the Rainy Day Fund to address the Medicaid shortfall, and funding issues related to public education. ... In light of the projected small budget surplus, and the $8 billion Rainy Day Fund, my hope is that the leadership will commit to meaningfully addressing the $4.8 billion Medicaid shortfall, as well as the $5 billion shortfall we will have for funding public education, [and] that the governor will back off his shortsighted decision on refusing to allow Texas to participate in the expansion of Medicaid, which would affect millions of low-income, uninsured people in Texas. ... If we don't expand Medicaid, we would forgo, I think it's about $96 billion in federal funding over the next 10 years." Naish­tat said he's encouraged because along with grassroots organizations, important institutional players like the American Association of Retired Persons, the Texas Hospital Association, major insurers, and, to a certain extent, the Texas Medical Association have begun to speak in favor of Medicaid expansion. "I think there's enough of a presence directly related to pursuing Medicaid expansion, so that at a minimum the governor's staff, and ideally the governor, would be forced to listen."

From the other side of the Dome, Sen. Kirk Watson said, "The next legislative session could represent something of a crossroads for Texas. The fact is that Texas can do much better in how it invests in its people and its future." In an optimistic vein, he continued, "There's no reason that Repub­lic­ans shouldn't join Democrats in developing a permanent school funding solution, reforming state government with transparency and honest accounting, and developing a first-class economic vision for middle-class Texans."

Recent legislative practice, however, is not reassuring. "My fear ... is that those in control of the Capitol will go the other direction – that they'll continue failing to support our teachers and students, or that they'll refuse to address the water and transportation needs we know we face, or that they'll continue a years-long dependency on debt, diversions, deception, and denial when it's time to pass a budget."

"So there's no question that Texas can and must do better," Watson said. "The question is, will it? ... I have hope – I always have hope – that truth, logic and responsibility will win out."

Not a bad trio to call on, but history is a stern teacher. Watson concluded, "But we'll see."