Then There's This: As the Door Revolves ... 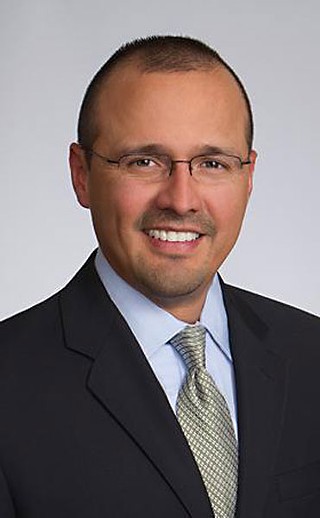 A contractors' association is challenging the process by which former Assistant City Manager Rudy Garza was granted special status as a certified minority business owner, just three months after leaving the city and launching a new enterprise with an established engineering firm.

What's more, the group says – and the city has since confirmed – that the attorney who wrote the city ordinance on the Minority- and Women-Owned Business Enter­prises program and who, until recently, served as outside counsel on such matters, also advised Garza during the certification process, raising questions of a conflict of interest.

City spokeswoman Roxanne Evans said attorney Lino Mendiola of the Andrews and Kurth law firm is no longer providing legal services related to the city program. "We are using our in-house counsel and outside counsel on an as needed basis," Evans wrote in an email.

Mendiola told the Chron­icle that he represents Garza's engineering firm on corporate matters, but he did not help Garza's company get certification. Garza echoes that: "Andrews and Kurth did not represent me," he said. "I am very knowledgeable of the city's [M/WBE program] and I would have no reason to hire Andrews and Kurth on any city matter." The minority certification process, he added, "is not that complicated."

In an Oct. 31 letter to City Manager Marc Ott and Veronica Lara, director of the city's Small & Minority Business Resources department, the Austin Area Black Contractors Association requested an investigation and hearing on the step-by-step path that led to certification status for GarzaBury. Garza started the design and engineering firm with Bury+Partners CEO Paul Bury, a longtime participant in major municipal projects and a generous contributor to the campaigns of many local political candidates and office holders over the years. In addition to the conflict-of-interest violations related to Mendiola and the application process, the contractors group also claims Garza violated the city's non-revolving-door policy by seeking certification from a department that he oversaw during his city tenure. But Garza countered, and the city concurred, that no violation occurred here. "A former employee is not prohibited from bidding on a city contract, entering into a contract with the city, or participating in the preparation of a proposal to the city," spokeswoman Evans said.

Garza said there's a two-year waiting period prohibiting him from obtaining contract work on projects that he was directly involved in at the city – Water Treatment Plant No. 4, for example, or the Gus Garcia Recre­a­tion Cen­ter. (The contractors' organization's president, James Harper, declined to comment pending the city's next move on the group's challenges.)

Garza retired from his ACM post June 1. In mid-July he announced the formation of his new firm, in which he holds 51% interest. (He says the fact that he's not an engineer does not preclude him from owning an engineering company, given his deep background overseeing city engineering projects.) And the next month, on Aug. 6, he submitted an application to the city seeking certification under the M/WBE program, which helps minority and women-owned businesses compete for city contract work. GarzaBury received certification Sept. 25, according to the city.

The procurement program, overseen by the city's Small and Minority Business Resources division, was established in the late Eighties to ensure that historically disadvantaged businesses are given a fair opportunity to participate in municipal projects. It has hit a fair number of bumps over the years, with charges and countercharges over equity, ethics, and foul play. Late last year, for example, minority contractors claimed they were being shut out of a federal weatherization program administered through Austin Energy. The complaints momentarily halted the project as city officials sought to resolve the conflict, causing a missed deadline and a missed opportunity to receive federal funds. (That was only temporary; the city ultimately received additional dollars to complete the federal project.)

Because he had oversight of the program until the city manager's re-org last December, Garza was often in the center of these conflicts – either drawing the ire of minority contractors or getting grilled by City Council, as he was after last year's political hailstorm over the weatherization program.

But now, Garza says he doesn't understand why other minority contractors are trying to thwart his ability to obtain work from the city. "I'm just a small-business owner," he says. "This is my livelihood."