Point Austin: The Law Is a Ass

The Great Open Meetings Scandal comes to an end 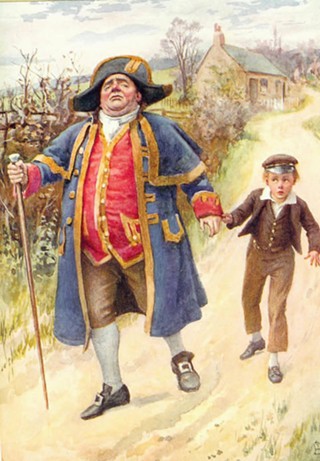 Not with a bang, but a whimper.

So ends one of the sillier yet more lamentable episodes of Austin politics, although as Mike Kanin points out ("Open and Shut,"), the reverberations of the Great Open Meetings Scandal (ca. 2011-2012) are likely to continue for some time. After nearly two long years of investigation, and God knows how much time and money spent on a flock of lawyers plowing through emails, notebooks, calendars, phone records, and recollections, Travis County Attorney David Esca­mil­la has come to a "deferred prosecution" settlement with the seven council members originally accused (six current members, plus former CM Randi Shade). The council members will not be prosecuted for running afoul of the Texas Open Meetings Act, but promise henceforth to follow the letter of the law. Should they fail to do so, they have waived the statute of limitations, meaning Escamilla is free to employ his accumulated evidence to prove that the members regularly spoke to each other about public business – a fact they've never disputed, as it is both their chosen profession and their elected duty.

I'm so glad we've put a stop to that nonsense.

As Escamilla and his phalanx of attorneys explained to me very early on, it doesn't matter if the council members believed they were obeying the law, or were careful to keep discussions among three or fewer members (a non-quorum), or didn't count votes on the myriad matters under discussion, or indeed were not engaged in any sort of intended or unintended conspiracy of secrecy. "If the meetings had the effect of establishing a quorum," I paraphrase, many months later, "then they had the effect of violating the law."

And that's where we are. In his press release, Escamilla also had sharp words for the city attorneys as having failed their clients by not making it absolutely plain to them that the informal meetings that had taken place in members' offices for several generations of city councils were in fact flagrant violations of TOMA. No such funny business goes on at Commissioners Court, Escamilla et al. told me, because the county attorneys simply don't allow it. Indeed, I have it on excellent authority (off the record, of course) that two commissioners (for whom a quorum is three of five) avoid entering an elevator together, for fear they will be suspected of surreptitiously establishing a walking (or in this case, levitating) quorum.

So we have something to look forward to: a city government as purposeful, transparent, and effective as that of Travis County. Motto: We practice good government, because the lawyers tell us what to do.

That's just what we need at City Hall, of course, more public officials made terrified of their legal shadows by the city attorneys. The pending Proposition 6 on the ballot would enable Council (instead of the city manager) to hire the city attorney; perhaps that proposal should be reversed, and the city attorney should hire the council members, so they understand from day one who's calling the shots.

Escamilla insists that he must enforce TOMA as written, not only for council members but for all the local and state boards and commissions in his jurisdiction, and he cannot allow the impression that good intentions are sufficient for adherence to the law. That's understandable as far as it goes, but it's also worth noting that the Legislature that enacted TOMA exempted itself from the law's most exacting requirements, under the common­sensical understanding that if all private discussions by elected representatives were outlawed, nothing – bad or good – would ever get done.

What's been the fruit so far of this bittersweet tree? Council has held many more public meetings, including "work sessions" more uninformed, awkward, and formal than they need to be, because public meetings must follow parliamentary rules of order. Members are more often visibly blindsided by proposals and information they're insufficiently prepared for – even agenda review meetings among aides are explicitly forbidden under the new rules – and compromise, the lifeblood of political progress, has been made much more difficult, because positions already publicly declared are much less subject to pragmatic adjustment.

The strain on council relationships is also evident – I suppose that's good for gimlet-eyed reporters like me, always looking for an embarrassing story, but it hardly serves to improve public policy. The law, say its defenders, values government "openness" above "efficiency." The question is, does it also value bad government over good? Even Escamilla concedes that he was not investigating "corrupt practices" nor "self-dealing" – rather, elected officials working overtime to do what they thought was their job. Appar­ent­ly, they'd be better off clocking in 40 posted public hours and then taking a vow of silence until the next public meeting.

None of this bothers the self-promoters and City Hall hobbyists who triggered and promoted this investigation, because they're invariably suspicious of representative government, under which we elect public officials to represent us and then unelect them if they fail to do so responsibly. As these folks see it, the law supposes that every single conversation of elected officials requires engraved invitations to the entire body politic, all of whom should feel free to weigh in at any moment and in every public and private forum – excepting of course, the public officials themselves, who surrender their rights to free expression and association upon the moment of their election to office.

Not without a legal opinion first.