Austin Kids First is a bit of a mystery, even to education watchers 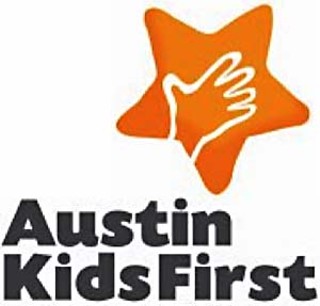 Who doesn't want good schools in the Aus­tin Independent School District, and good AISD board members? That's what Austin Kids First says it wants. But the new PAC faces questions of what it means by "good schools," and whether it's a true organic expression of support for public education or thinly disguised pro-reform Astroturf.

Since it's the new kid on the AISD block, even seasoned education watchers have little idea what Austin Kids First is all about. Co-founder Sean Flammer, an Austin-based attorney, explained, "A bunch of Austin citizens got together and said, 'We really want to be more active in AISD.'" The organization filed the paperwork with the state in July to become a PAC, and issued endorsements in the current trustee races (Sam Guzmán, Amber Elenz, Mary Ellen Piet­ru­szynski), but he argues that the group does not have any hard and fast policies. "We're not pro-this or anti-that," he said, noting that the group's 100 members are divided on issues like AISD's in-district charter, IDEA Allan. "The only thing we're pro is kids. So we believe that when school board members make decisions, the only thing they should ask themselves is what is best for kids."

Education Austin President Ken Zarifis would like a little more detail on AKF's call for good schools. He said, "Everyone wants every one of their core beliefs, but what do their core beliefs mean?" He has spoken to members of the group and is still baffled as to what their final goal is. He said, "They have people like Sean who are super pro-charter, pro-this, pro-that, but then you've got some that say, 'Well, I'm not pro-this at all.'" The "core principles" as posted on the Austin Kids First website: um... obviously?

For many, the first time they heard of the group was when they quietly dropped out of an Oct. 10 AISD trustee candidate forum held by the Greater Austin Hispanic Cham­ber of Commerce, Capital City African Amer­i­can Chamber of Commerce, and Great­er Austin Chamber of Commerce in the AISD board room and broadcast via AISD's own TV channel. Flammer explained that the district had a policy barring endorsing groups from using their facilities, so Austin Kids First agreed to withdraw.

So how did this new entity get invited to join Austin's three biggest chambers of commerce in a candidate forum in the first place? Drew Scheberle, GACC senior vice president of education and talent devel­op­ment, said he was contacted by Flammer earlier in the year about the PAC and invited it to take part in the forum. He noted that he had extended similar invitations to the Austin Council of PTAs and the League of Women Voters, but they couldn't sort out the details in time.

However, both the PTA council and the LWV are longstanding entities with clear policies; Austin Kids First is new – and steadfast on not clarifying any positions. The group has already become sensitive to any suggestion that it is an Astroturf front for the pro-charter, pro-voucher reform movement. On its website's FAQ, the group announces pointedly that it is not connected to Stand for Children, Children First, IDEA Public Schools, Teach for America, AISD Central Office, or any charter-school group. But there is a connection with another PAC that suddenly popped up, the similarly named Dallas Kids First. Flammer said he was inspired by that group, which flexed its new muscle in this year's Dallas ISD elections. However, it seems he took more than just some inspiration: The websites for the two organizations are virtually identical, from the bullet points about what makes a good trustee, to the design of the pulldown menus, and even the logo – a child's hand against an orange star. Flammer called those similarities "pretty much the extent of our connection to them." Yet Austin Kids First Treasurer Ben Maddox is also the registered lobbyist for Dallas Kids First. Zarifis said, "The idea that these two entities cropped up separately doesn't fly."

Prior to forming Austin Kids First, Flam­mer's highest profile contribution to the local education debate was a December 2011 Austin American-States­man opinion piece titled "IDEA charter school in Austin: a giant step backward or forward?" (The heavily pro-IDEA column appeared the week after a similarly toned piece by AISD at-large trustee candidate Mary Ellen Piet­rus­zynski that has become a political millstone around her neck.) But he's already made some powerful friends at Austin Kids First: Scheberle's predecessor, former GACC VP of Govern­mental Rela­­tions and Education Sandy Dochen, and former chamber president John Blazier have both joined the PAC (although both simply describe themselves as "community leaders.")

There's also a deep connection to Teach for America, the controversial program that sends college grads into classrooms for two-year stints. Flammer and Maddox are both TFA veterans, as is Dallas Kids First's other lobbyist, Candice DePrang. She is also a former policy analyst to the Senate Edu­ca­tion Committee under pro-charter, pro-high stakes testing chair Sen. Florence Shapiro, R-Plano. Zarifis said, "You have people in the chamber, you have attorneys, you've got legislative people, so this is a pretty deep network in just a couple of months."