The Hightower Report: Life Is Beautiful in MittWorld

In which Mitt Romney lives in fairy land

Recently, I was astonished by a letter to The New York Times that expressed the writer's astonishment that Mitt Romney is perceived as "out of touch and indifferent," insisting that "a person of Mr. Romney's caliber [is] a rare visitor to the world of politics."

Rare, indeed – Romney keeps demonstrating that he's a rare visitor to reality. Take the infamous video in which he cluelessly derided the "47 percent of Americans [who] pay no income tax," apparently unaware that nearly all of them have incomes too low to be taxed. But that was not the presidential contender's only comment in the video that seemed to come from some cold, warped, faraway universe. He also babbled on insensibly about how impoverished Third World people love working in sweatshops.

"Back in my private equity days," he explained to his audience of fellow millionaires, "we went to China to buy a factory [that] employed about 20,000 people ... almost all young women between the ages of about 18 and 22 or 23. ... As we were walking through this facility, seeing ... the number of hours they worked per day, the pittance they earned, living in dormitories with ... 12 girls per room, three bunk beds on top of each other.

"And around this factory was a fence, a huge fence with barbed wire, and guard towers. And we said, 'Gosh, I can't believe that you, you know, you keep these girls in.' They said, 'No, no, no – this is to keep other people from coming in. Because people want so badly to come work in this factory that we have to keep them out, or they'll just come in here and start working and try and get compensated.'"

See, in MittWorld, even life in a Chinese sweatshop is beautiful. The astonishing thing is that Romney just swallowed the factory manager's malarky whole, without questioning him or any of the workers. And this guy wants to be President of the United States? 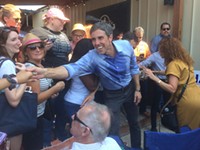 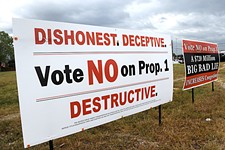