Central Health has kept its tax rate relatively stable for eight years; that appears likely to change. Two legislative actions served as harbingers of the end of that policy. The first came in 2007, when, with Watson leading the way at the Legislature, the district was able to secure for itself the right to tax above its rollback rate with voter approval. 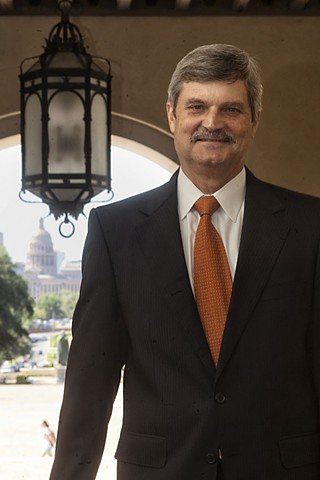 The second came with the passage of 2011's Senate Bill 7. As the Chronicle reported last month ("Will Medicaid Build a Medical School?," Aug. 3), that bill was signed by Gov. Rick Perry shortly before he formally announced his disastrous run for president. Indeed, the signing ceremony for SB 7 might as well have served as would-be Pres. Good-Hair's coming-out ceremony. The Texas Trib­une noted that the bill was "a fan favorite for abortion opponents, because it includes amendments aimed at taking more family planning dollars away from outfits like Planned Parenthood, and barring hospital districts that use tax revenue to finance an abortion from getting state funding."

But SB 7 may also have opened the door to a major infrastructure victory for Central Texas health care. In addition to throwing out red meat for red-staters, the bill also merged the Rio Grande Valley's Medicaid program into the rest of the state's Medicaid managed care efforts. It was the last such region to be so incorporated; with all of Texas' Medicaid programs now under managed care, each of those regions loses a substantial portion of Medicaid reimbursement for health care costs formerly picked up by the federal government. The Medicaid 1115 waiver program was set up to offer eligible health care regions the opportunity to replace that funding through a process by which the districts have to prove that they are working to "transform healthcare delivery" in a positive way. If Central Health can demonstrate that, it would also be able to bring home $1.46 in matching federal money for every $1 it spends. It's by that math that Central Health hopes to turn $54 million in tax revenue – roughly what the proposed tax increase would bring in – into a $133 million jackpot.

Perry signed SB 7 on July 18, 2011. Two months later, Watson unveiled his "10-in-10" plan, a list of 10 health care goals for the region that he represents. At the top of the list was the construction of a medical school for UT. That was followed by such idealistic possibilities as the establishment of a "modern teaching hospital," a call to "improve basic infrastructure, and create a sense of place," and acknowledgement of a need to "provide needed behavioral health facilities and services."

In his remarks, Watson connected the recent history of Austin's academic-cum-economic prowess, as he sees it, to a bright future version of the place that is already primed, if not set, for the coming of a centerpiece university medical facility. "An economy that was once known mostly for its students, professors, and government workers is [now] world-famous for the technological devices it builds and the ideas it produces," Watson said. "But it would be a mistake to treat medical education and research like it's some new song from an old band we all liked back in the Seventies. You don't just drop the semiconductor wafer, pick up a scalpel, and keep going the way you've been going. This isn't simply another version of something we already know.

"This is new, and it's potentially bigger than any of us have ever seen."

It's a refrain reverberating from Watson, through UT, to the local politicos who've either all lined up behind the idea or are unwilling to talk on the record about any of its shortcomings. Two of Watson's 10-in-10 goals stand out: No. 3, "Foster modern, uniquely Austin health clinics," and No. 10, "Solve the funding puzzle." As it happens, these two items are linked.

The answer to Watson's funding puzzle involves the partnerships with Seton (which, remember, is on the hook for $250 million in a new facility, and up to $1.9 billion total), UT (at least $25 million a year for operating costs), and Central Health ($35 million). Central Health's contributions will be tied to a proposed list of projects that it will send to Washington in asking for that $1.46 in matching funds for each dollar spent. That list (www.texasregion7rhp.net/info-for-partners) currently includes 25 specific regional community health care projects that cover a broad swath of health care issues, from improved access to behavioral care, to a boost to women's cancer care and screening, to what Central Health calls a "family-centered pediatric obesity program."

One limitation with 1115 funds, however, is that they're for projects – they can't be used for capital improvements. Central Health, at least, won't be building anything new with the funds brought back from the federal government. With most of the five-cent tax increase ticketed for the 1115 projects, it is safe to say that, with this tax increase, Travis County residents won't be buying any new clinics.

Central Health would, theoretically, use those 1115 funds to create the promised community portion of the medical school plan. The plan reads something like this: UT creates the school, Seton builds the hospital, incoming doctors and future doctors flood the region and fill the programs established by Central Health. If it all works, there should be more doctors available to staff facilities such as the existing Dove Springs clinic. The prevailing feeling among med school supporters is that the influx of doctors could be enough to address health care issues like those of Dove Springs.

Young Brown sees the medical school, and all that it will bring with it, as an opportunity for Travis County to partner with other agencies so that it can extend its reach in the community. She points to the lack of physicians in the area, the first-class residents that supporters hope the medical school will attract, the programs that already exist in the community, and the leverage offered by the federal 1115 waivers. "We're really taking advantage of a once-in-a-lifetime confluence of opportunities," she says. "We're using the waiver dollars to serve the population that we are responsible for." 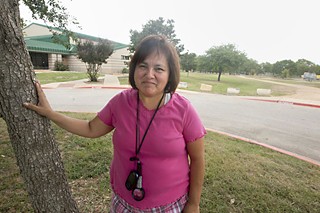 "It is simply not going to be sustainable for [Central Health] to meet its mission if we continue to fall deeper and deeper into a hole with not enough doctors," said Watson. "We know that medical students and residents and doctors-in-training in other communities play significant roles in providing that health care. In addition, we need the ability to build out a better overall system."

"For Central Health to meet its mission, new resources and more resources are absolutely necessary," Watson later added. "Then those have to be spent on expanding health services and coordinating health services, and also services that will support medical education – because there's just not enough doctors to do the job."

As for the question of whether the med school is an appropriate landing spot for the 1115 money, Watson points out that funds brought back by those dollars "will be going [to help] coordinate services, expand services, and it will be going for utilization of those services and resources in our community in a more efficient way." He later turned to the remarks he made when he announced his 10-in-10 program last September. "If you look at the original speech, one of the key points of that," he says, is that "it mentions 'fostering uniquely Austin clinics' – those were the words I used, 'uniquely Austin clinics' – and what I was saying, at the very beginning, is we need to have clinics in our communities and our neighborhoods so that people have a medical home that is near their home."

UT Executive Vice President and Provost Steven Leslie agreed. "We're very interested in focusing, from the beginning, in aligning with the Central Health board members, and the Central Health initiative of taking care of the uninsured ... with the idea that, as you build this medical school ... you need to get out into the community and build community care centers," said Leslie. "As we build the medical school, we're going to build it around the idea that we do that, and we do that with quality from the standpoint that those uninsured individuals will get the kind of care, if they've got serious illnesses that would otherwise have required them to go to Houston or to Dallas."