Department director was 'deeply disturbed by the explosive ... allegations'

The Texas Legislative Black Caucus is investigating allegations of racial discrimination in the Texas Parks & Wildlife Depart­ment, reported by the Chronicle last month ("Parks, Wildlife, and Racism," Aug. 10). Wardens have alleged longstanding, institutional discrimination against African-Ameri­cans at TP&W, describing the agency as effectively a "caste system" that affords the few African-American game wardens hired virtually no chance of moving up.

Following publication of the Chronicle story, Houston Rep. Sylvester Turner, Caucus chair and also vice chair of the House Approp­riations Committee, asked TP&W Executive Director Carter Smith to respond in writing. Turner told the Chronicle he did so because "the article raises some serious allegations, whether African-Americans were discriminated against in the hiring and promotions process." According to Turner, Austin Rep. Dawnna Dukes also met privately with Smith.

Turner said he's grateful the issues have been raised: "I've been here 23 years, and it's like something's gone on in my house, where I sleep and breathe."

On Aug. 17, Smith sent an eight-page letter to Turner, writing, "I was deeply disturbed by the explosive ... allegations," and insisting that racism is "anathema" to the agency's "core values. ... That is not to say that we have not had incidents in the past of intolerable incidents by a few individuals," he wrote. The department would "ferret out any actual or perceived racism," he said, but investigating charges "attributed to unnamed sources" proved "challenging." (Several wardens, fearing retaliation, spoke to the Chronicle on condition of anonymity.) Smith reported that the department had taken "prompt disciplinary action" in three incidents more than five years ago involving the use of racial slurs, but he named no names.

Moving to "matters for which we do have specific information," Smith stressed that the Equal Employment Oppor­tun­ity Com­mis­sion complaints filed by Warden John Rao and Sgt. Melvin Fowler resulted in a "no cause finding" (the EEOC issues such a finding in 98% of submitted cases). "The EEOC is known as the toothless tiger," Rao's attorney, Delana Cline, told the Chronicle. "If employers don't carve an 'N' in your forehead and put a rope around your neck," warden Fowler added, "the EEOC will find no discrimination."

Concerning conflict-of-interest allegations involving TP&W staff employed by Frontera Security, Smith said he'd been informed "no game wardens are currently working for Frontera Security" (emphasis added). Wardens allege that agency personnel who were also Frontera employees had an unacknowledged advantage for promotion – including Frontera personnel serving on promotional boards. And despite Smith's assurances, the Texas Department of Pub­lic Safety registry still lists TP&W officers as Frontera employees. However, this week Smith told the Chronicle that TPWD Major Grahame Jones, who owns Frontera, has informed him that "Frontera Security will not be employing TPWD personnel to conduct future security work for the firm. That is his decision, and I respect that."

Turner said the Caucus plans to meet with Smith and "upper leadership" to discuss whether a "culture of racism" exists at TP&W, and what policies and procedures are needed to improve the dismal statistics – extremely low percentages of African-Ameri­can hires and promotions – that Turner posed to Smith as amounting to "de facto racism." "We intend to delve into why the numbers are so low," Turner said – especially why African-American wardens so rarely promote to captain.

Turner said he invites TP&W employees, current or retired, to express their concerns directly to him: "by email, Facebook, letter, phone call ... in any shape, form or fashion they would feel most comfortable." Employees don't have to give their names, and in all cases, the Caucus will protect identities to ease fears of retaliation. "If you have credible evidence of racism or discrimination at the agency, I would love to hear from you," Turner said. (Contact info for Rep. Turner is posted on the Texas House website: www.house.state.tx.us/members.)

Welcome to the 81st
Will a new speaker and more Democrats spell 'change' at the Capitol? 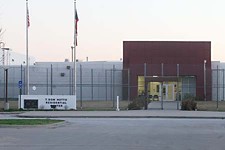