City of Austin's wildfire prevention efforts lag behind the threat

Fire is always on the mind of Bob Nicks, the nearly 30-year veteran of the Austin Fire Department and president of the Austin Firefighters Association – but in the last few years, his concern about Austin's wildfire risk has been deepening. Never far from his thoughts are the wildfires that raged across Texas in 2011, including the Bastrop fire, with its billows of smoke looming on the city's eastern horizon. This year, Texas hasn't suffered as many conflagrations, but much of the rest of the West has been in flames. In the first eight months of 2012, the National Inter­agency Fire Center reports that 43,104 fires nationwide have consumed more than 7.1 million acres. And as the images began to roll in from the Waldo Canyon Fire that started June 23 and quickly charged across mountains into Colorado Springs, Colo., Nicks had a sinking feeling. "When I look at that [fire], I see Austin, because that's what's going to happen," he says earnestly. "We've got everything to make it happen except the ignition."

Nicks thinks the city needs a wake-up call. As Austin's population continues to grow and spread west, increasing the "wildland urban interface" (where nature and population meet) the need to be proactive in mitigating wildfire risk – by clearing vegetation from around structures for fire breaks, culling the tree canopy, and setting controlled burns – continues to rise. Accord­ing to a recent wildfire risk report issued by the Texas Forest Service, 45% of Austin's population now live in the WUI. Nicks has become a fixture at Public Safety Com­mis­sion meetings, honing his talking points about what the city needs to do to better manage its wildfire risks, particularly in West and Northwest Austin. He made a proposal that in June was included in a PSC recommendation to City Council: Use $4.3 million to establish within AFD a Wild­fire Div­i­sion tasked with managing the risk and coordinating among agencies in order to establish a regional mitigation plan. Of that money, $1 million would be used solely to fund "proactive fuel mitigation," he says – the cutting and burning that needs to happen in order to begin controlling the situation; with consistent funding, Nicks believes the risk could be "manageable" within a decade.

Although AFD Chief of Staff Harry Evans and Deputy City Manager Michael McDon­ald say it is a needed program, no allocation for the new division was included in the AFD's proposed budget. McDonald blames the timing – the proposal didn't make it to the city until "the last days of [budget] review," he said – but he doesn't think all is lost because it hasn't been included this year. AFD and personnel from other city departments last year joined with county personnel, including the emergency service districts, to form a large task force (30-40 people) dedicated, in part, to educating residents about wildfire risks. By knocking on more than 40,000 doors in West Austin, the group has localized the national Ready, Set, Go! Program, managed by the International Association of Fire Chiefs, which teaches residents how to create "defensible space" and to make homes "ignition resistant," says Evans. The group is already working on "protocols and a county wildfire protection plan" that will help to define the true level of threat that the city and county are facing. They're making "good progress," he says, but no one will be "satisfied until we get to that maintenance phase, and that's down the road." McDonald says Austin's approach to handling wildfire threat is "as aggressive as any community in the state. No one has been sitting on their hands."

Yet the real work of managing the fuel load needs to be a city priority, says Nicks. The need was highlighted by council's decision not to add into the bond package the roughly $10 million it would take to build a new fire station near the Penny­back­er Bridge. The area around the Capital of Texas Highway is fuel load central – and currently the city has just one fire station in close proximity; three stations are within 10 minutes, but two of those are within the city of West Lake Hills. Austin's remaining fire equipment is more than 10 minutes away, and most must cross Lake Austin to be effective on the west side.

That's troubling to Nicks because he knows that with fire, timing is everything. "The dirty little secret" of wildfires, he says, is that unless you can get on top of them within minutes, they are virtually impossible to contain. "Once it gets to a certain size, you can't stop it." And that could spell trouble for the neighborhoods that hug the north side of Lake Austin, from RM 2222 and Balcones down to Tarrytown. "The Bastrop fire jumped the Colorado River twice," Nicks notes. "A fire here could easily jump Lake Austin."

On the council dais, former firefighter and union president Mike Martinez says he still hopes to get the ball rolling this year. He tried to find the money for the Loop 360 station (bond money will be included to build a new station in Onion Creek), but was unsuccessful in persuading his colleagues. Martinez says he's working with Council Member Chris Riley and Mayor Lee Leffingwell to "do all that we can do" to get money for the new Wildfire Division "into the budget for this fiscal year," he says. "There is high wildfire danger and we need to do something about it." 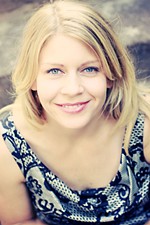 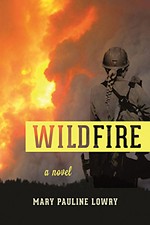