A Whiff of Prosperity 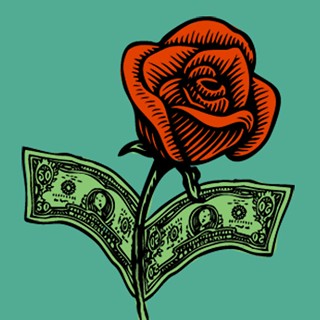 If there's one word to describe the city of Austin's proposed Fiscal Year 2012-13 budget, it's probably "careful." The last three budgets have been, by contrast, apprehensive: Beginning in 2009-10, falling revenues forced the city into a protective and cost-cutting mode, trimming services, restricting program growth, and delaying staff raises to a better day. While happy days are not quite here again, this proposed budget allows for moderate growth and some return to normalcy. "For the first time in my tenure with the City," reports City Manager Marc Ott, "financial staff presented Council with a five-year forecast that did not project a short-fall in revenue."

That didn't happen without difficult cuts, and not simply by City Council or administrative fiat. The budget summary acknowledges as much, noting that staff agreement to delay wage increases beginning in 2009 continues to have a moderating effect on the city's overall costs. "City employees played a crucial role in balancing the FY 2009-10 Budget by renegotiating labor contracts and agreeing to forego planned pay increases," the budget writers note. "These concessions continue to save tax dollars today through lower base wages. The FY 2012-13 Budget includes wage adjustment of 3% for both uniformed and civilian personnel, helping them to keep pace with the rising cost of living."

In terms of the city's broad "cost drivers" – those structural expenses (like wages and benefits) that cannot be readily set aside and determine the basic budget structure – health insurance costs continue to rise, but not so rapidly as in recent years. "In FY 2012-13," reports the budget, "City contributions to the Employee Benefits Fund are budgeted at only a 3% growth rate. This increase is 5% less than the 8% increase implemented in the FY 2011-12 Budget." But employees will see slight upward adjustments in their insurance and pension contributions, indicators that the city's long-term financial future is not as rosy as a few years ago.

Interestingly, the budget is also beginning to reflect the effects of the federal health care law. The most visible is the coverage of birth control: "Plan design changes due to health care reform include covering 100% of the costs for generic birth control and female sterilization." The ongoing budget discussions have also noted that future expenses might be to some degree moderated by the full implementation of the Patient Protection and Affordable Care Act (aka Obamacare). The city spends quite a bit of money trying to fill the local gaps left by inadequate health care coverage for Austin residents; if national health care proceeds, and most residents eventually are covered by some form of health insurance – and the state of Texas at least stays out of the way – the law should begin to take that additional pressure off city expenses.

This week, the News staff highlights a few city departments where this year's budget changes are most pronounced or likely to generate the most interest: the public safety departments, parks and libraries, city planning. The changes – still moving through the council and public discussion toward final approval in early September – are not dramatic, but reflect the continued growth of Austin and the city's efforts to keep pace with that growth.

It's also worth noting that although it's a political axiom that "taxes always rise," that's not actually been true of the city of Austin property tax rate over the last two decades. The proposed 2012-13 tax rate – 50.29 cents per $100 valuation – would be an increase over last fiscal year's 48.11 cents. But the early 1990s saw rates as high as 64.10, which then steadily (if unevenly) declined throughout most of the next 20 years, only beginning to rise again with the recent recession, as city officials braced against declining revenues. Naysayers will respond that because Austin property values continued to rise, tax bills did as well – but nobody was turning down that additional equity, and city officials steadily lowered the rate they can control. (A few observers have argued, in fact, that the city did not take sufficient advantage of prosperous years by maintaining higher rates to underwrite better services – but that's a debate for another day.)