Reed and Swearingen Evidence in Question 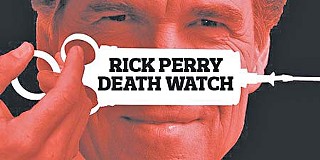 This week we have updates on two capital cases. Each has spent years pending in post-conviction appeals, and in each case, forensic testimony plays a key role – but how the courts will evaluate the science in resolving them remains uncertain.

Attorneys for Rodney Reed, convicted of the 1996 rape and murder of Stacey Stites, have filed in federal court a brief containing explosive new evidence that they say bolsters Reed's claim of actual innocence. According to former Travis County Medic­al Examiner Roberto Bayardo, his testimony at Reed's 1998 trial was misconstrued by prosecutors to suggest a firm timeline for Stites' death, and to prove that Reed had raped her not long before her death. In a declaration filed Aug. 13, Bayardo says that although he originally concluded that Stites was a victim of both vaginal and anal rape, he now says the evidence only reflects that Stites was raped anally – an assault likely committed with a "rod-like instrument, such as a police baton." That conclusion strongly suggests that someone other than Reed assaulted Stites, his defenders say; at the time of her murder, Stites was engaged to then-Giddings Police Officer Jimmy Fen­nell, who is now in prison for the kidnapping and sexual assault of a woman while on duty as a Georgetown cop in 2007.

Bayardo's revelations were filed in a brief objecting to a federal magistrate's June opinion that Reed's federal appeal should be denied. Magistrate Judge Andrew Austin ruled that Reed's DNA, found in Stites' vaginal cavity, is "perhaps conclusive ... evidence of guilt." That ruling has been given to Judge Lee Yeakel for consideration; Reed's attorneys are asking Yeakel to reject Austin's conclusions, review all available evidence, hold an evidentiary hearing and, ultimately, order that Reed be retried or released.

The state maintains that Reed, while on foot, overcame Stites as she drove from Giddings – where she shared an apartment with Fennell – to Bastrop for an early morning shift at H-E-B, and that the semen found in Stites is the "Cinderella's slipper" proving its case. But the very heart of the state's case is now in question, with Bayardo joining other forensic experts who continue to say that there is no evidence that the semen was deposited in the hours just before Stites death, nor that the sex was anything but consensual (as Reed has always claimed).

The case is pending before Yeakel, who has no deadline to rule. Larry Swearingen was sentenced to death for the 1998 kidnapping and murder of 19-year-old Melissa Trotter. Prosecutors said last week that they have gotten word from district Judge Fred Edwards that he will side with them and rule against Swearingen's bid to receive a new trial.

At issue here is whether histological samples of Trotter's heart, lungs, and vasculature prove that she was murdered approximately a week before she was found in the Sam Houston National Forest on Jan. 2, 1999. If that's the case, then Swearingen, who had been in jail since early December, just days after Trotter disappeared from the campus of Montgomery College, could not have been responsible for her death. The Court of Criminal Appeals last summer ordered an evidentiary hearing, which was held over two weeks beginning in late February 2012.

Although the lengthy hearing delved into the details of a handful of scientific disciplines – pathology, histology, entomology, taphonomy, anthropology – Edwards, who presided over Swearingen's trial, has apparently already decided that the evidence favors the state, even though the official transcripts of the proceeding have not yet been filed, and neither side has had the opportunity to review them, or to file their official "findings of fact and conclusions of law" brief, which each side is required by law to do, says James Rytting, Swearingen's lead attorney. In fact, he says he was out of the country when Edwards called a meeting to say he'd made up his mind about Swearingen's case.

At press time, Edwards had not yet issued his final ruling, which will be sent back to the CCA for consideration.