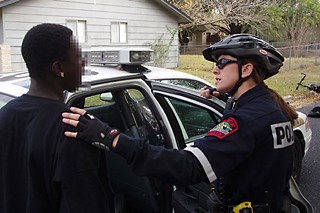 During her first 10 years as an officer, Amy Lynch's star was rising within the Austin Police Department. After graduating from the academy in 1998, Lynch spent nine years patrolling near Rundberg Lane and in the Dove Springs neighborhood of Southeast Austin. Her supervisors extolled her virtues in annual performance evaluations – she was praised as a team player and lauded for her dogged efforts to arrest wanted criminals. In 2006, she and two colleagues were awarded the Meritorious Service Medal for their handling of the arrest of Michael Duncan on suspicion of making a terroristic threat. Duncan attacked Lynch while she was trying to handcuff him, pushing her over the hood of her patrol car and choking her; though deadly force could have been used – as Lynch's supervisor, Sgt. Scott Cary, recounted in a performance evaluation – the officers responded with cool heads, "and worked as a team to stop the suspect's deadly conduct."

During another altercation a year later, Lynch tore an ACL and was transferred to the nuisance abatement unit. What was supposed to be a temporary light-duty assignment became a passion, and Lynch helped to achieve a string of high-profile successes – including shuttering a notorious Mon­topolis drug house on Short Kemp Street and compiling evidence for a lawsuit against the owner of a Rundberg Lane flophouse that ultimately forced the owner to clean up his operation. "That was a huge victory and set a precedent" for dealing with other nuisance properties in the city, says Lynch. "There were so many good things accomplished. ... It is a valuable unit."

Lynch began studying in earnest for promotion to detective and was ranked No. 21 of 115 applicants. In June 2009, she was officially promoted and initially reassigned to property crimes, then was recruited for an investigative post with the newly created human trafficking/vice squad – a coveted spot within the APD's prestigious Organ­ized Crime Division.

Despite that steady rise, Lynch's future with the department is now uncertain. Her upward trajectory was cut short after she informed a supervisor in OCD that she had been diagnosed with narcolepsy. The department, responding to a complaint Lynch eventually filed with the Equal Employment Opportunity Commission, insists instead that Lynch's performance was simply deficient. Despite her previously glowing record, according to her final performance evaluation – written in April 2011 by then-Sgt. Pat Connor – she was unable to do even basic detective work.

According to Connor, Lynch was unable to manage her cases, write effective reports, or properly handle evidence. "Her performance while assigned to me was unsatisfactory as reflected in my notes and her annual evaluation," Connor said in an affidavit filed with the city's response to her EEOC complaint.

Lynch disputes the city's claims about her work ability and product, and in March filed suit against the APD, claiming that she endured retaliation for seeking a reasonable accommodation to her work schedule – based on her narcolepsy diagnosis, covered under the Americans with Disabil­i­ties Act. Lynch contends that after disclosing her medical condition, she was ridiculed, her every move was scrutinized, and she was set up for failure by colleagues who clearly misunderstood her neurological condition.

After APD obtained two separate and lengthy fit-for-duty evaluations from two different sleep/neurology specialists, the department determined that it would be too onerous to accept her back into the fold – especially with the accommodation she was seeking: a one-hour-later morning start time that would require her to arrive at work by 10am.

Lynch's case raises questions not only about whether the department fairly and equitably handled her request made under the ADA – but also about the conduct of some employees working within the department's most elite units. 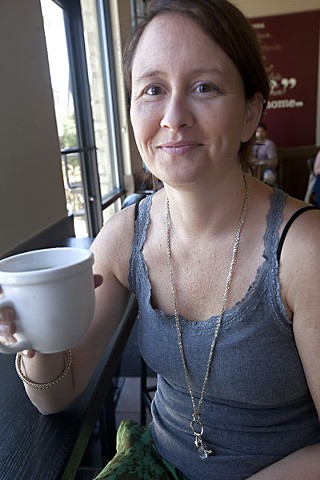 As far back as she can remember – at least since she was 6 years old – Lynch wanted to be a police officer. Two of her uncles were homicide detectives with the Ver­mont State Police, and a third was a supervisor over major crimes; her aunt worked as a dispatcher – though, because she looked so young, she also served as an undercover narc in a local high school. "I always wanted to be a police officer," says the 38-year-old Lynch. "It really was probably the only thing I was positive about in life – I never had any doubt." After she graduated from East Carolina University with a criminal justice degree, she and her boyfriend hit the road for a cross-country tour. Arriving in Austin, they wrecked the car on South Congress, and Lynch decided she might as well stay put. She's never looked back. As it turned out, her timing was perfect; in 1997, the year Lynch got to town, the APD was in the midst of a big hiring campaign, and Lynch jumped at the chance, signing on as one of the 50-member 91st cadet class.

After graduation, like all newbies, she went straight to patrol – and stayed there for nearly a decade, working mostly nights. "I absolutely loved it. Those were some of the best years of my life," she recalls. "The shifts were great; [I had] fantastic supervisors." Judging by some of Lynch's early performance evaluations, it seems the feeling was mutual. "Officer Lynch is a team player who shares information and includes everyone in her daily work," Cary wrote in 2006. "She is very intelligent and makes very sound decisions. I can count on her to work without supervision and always do the right things." The positive reviews continued when she left patrol for nuisance abatement after her knee injury. "I have supervised Ofc. Lynch for approximately 11 months," then-Sgt. Jessica Robledo wrote in a 2008 review, rating Lynch overall as a "highly effective" officer. "During this time I have witnessed an incredible work ethic, commitment to her community, and an overall professional individual. ... She has a genuine care and concern for the people she represents in the community and this is refreshing."

Lynch's 2009 evaluation was even stronger; her new supervisor in nuisance abatement rated her "excellent," and noted that although she had been promoted to detective, the "accomplishments, planning and coordination she started continue in the unit," then-Sgt. Stephen Fleming wrote. In short, Lynch's investigative work, even before promoting to detective, had impressed a string of supervisors.

That changed, however, once she moved into the human trafficking/vice squad, after being encouraged to apply for the position by the unit's former supervisor. Lynch wasn't in the new spot long before her troubles – caused by an unfortunate confluence of circumstances – began. First, it had become increasingly difficult for her to sleep through the night, making it almost impossible at times for her to awake in the morning, no matter how many alarms she set. She'd long suffered with sleep irregularities, but she had not yet been diagnosed with narcolepsy – a neurological disorder that effects roughly one in 2,000 people.

Secondly, the environment in the new squad was, as she describes it, fairly toxic. The many units that make up the APD's Organized Crime Division – including the narcotics teams and human trafficking/vice squads – remain a bastion of white male investigators, comprising 66% of all OCD officers, according to department records provided in 2011 – including some who have spent years in the same assignments. While the institutional knowledge that longevity offers can be of tremendous benefit, it can also create an environment hostile toward newcomers, especially women. Just five of the 83 sworn personnel assigned to OCD are female.

Lynch felt hazed by her colleagues, a circumstance she eventually reported to her then-supervisor, Sgt. Ruben Fuentes, and to his superior, Lt. Gerardo Gonzalez. She was also struggling with health issues – sleep disturbances exacerbated by work stress. Her health issues, which likely looked to some as if she was lazy or simply unfocused on the job, weren't winning her friends in her new unit. "I was oversleeping really badly so that [someone at work] would have to call and say, 'Where are you?'" she recalls.