Then There's This: Austin Energy Readies Its Defense

New report shows suburban ratepayers don't have it so bad 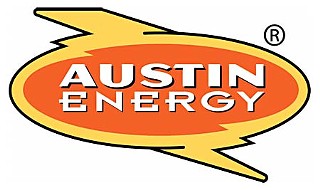 A suburban group of Austin Energy customers has made good on its promise to challenge the utility's rate increase by filing a formal petition this month with the state Public Utility Commission.

The city-owned utility has until Sept. 7 to verify the signatures of the more than 5,500 people who signed the petition and then begin meeting a series of other paperwork deadlines in a complicated process that could take eight to 10 months to complete – unless the two sides reach an agreement before then.

In the meantime, AE is running up against another, equally challenging clock, as it tries to straighten out a quirky bill-collection system before October, when the rate increase is scheduled to take effect. In July, AE signed a $400,000 contract with Lucidity Consulting Group LP to assist in the "implementation, configuration and employee training" of the new rate changes. AE spokesman Ed Clark said the utility will know by the end of August whether the system will be ready to handle a new five-tier rate structure so that the increases are reflected in October electric bills.

As for the challenge from the out-of-city group, Home­owners United for Rate Fair­ness, Clark said, "We intend to vigorously defend the rates and the rate structure that has been approved by City Council." HURF, through its attorney Roger Borgelt, claims in its pleadings that the adopted rates are "unreasonably preferential, prejudicial, and discriminatory" toward residents living outside the city limits. They say that suburbanites typically have larger homes and are therefore punished for having to pay more for electricity during hot summer months. HURF's biggest beef against the increase is that suburban ratepayers, who represent about 13% of AE's customer base, are being unfairly taxed to pay for city services that only benefit Austin residents. "Taxation without representation" is the familiar refrain of people involved with HURF. One key advantage out-of-city ratepayers do have, however, is the ability to appeal the new rate hike – about a 14% increase for AE's residential customers both in and out of the city.

HURF's Executive Director Mark Farrar, a Steiner Ranch resident who moved to the Austin area five years ago, said he started the petition campaign after he began following newspaper reports last year about the rate increase. He said he was surprised to learn the city was drawing money from out-of-city AE ratepayers to help fuel Austin's general fund. "I didn't know that you could live out in the suburbs and you could have the city taxing you, and taking your money and spending it the way they want to," he said. It was then that he decided to create a website to draw attention to the issue.

The opposition effort gained momentum from that point on, while drawing the attention of state lawmakers who've been angling for years to take a deregulation hammer to Austin Energy. Farrar, for his part, says he'd prefer to have the opposition effort first unfold at the PUC rather than simultaneously playing out at the Lege.

We're Not So Bad

With the prospect of a lengthy, full-blown rate case at the PUC – on top of attempts to undo the utility at the Lege – some of AE's supporters (or rather, supporters of Austin's ability to maintain control over its utilities) are preparing to fight back. A new report, scheduled to be released this week by consumer advocacy group Public Citizen, points to evidence showing that AE's suburban customers are actually treated more favorably than out-of-city customers of many other city-owned utilities. This is significant because in AE's second try at moving a rate increase through City Council, utility officials recommended a 6.1% discount to out-of-city ratepayers in an attempt to assuage suburban customers who had argued for a 14% discount. The council ultimately rejected the notion of any discount to residential customers.

Public Citizen's findings show that the city made the right decision. "Granting special rate privileges to out-of-city customers was not apparent anywhere in the state," the study says. "No municipal utility served these out-of-town customers 'at cost' unless their in-city customers were also served at cost."

The numbers-heavy study examined 100 of the largest Texas cities – 94 of which operate at least one utility through its municipal government. Of that number, 71 provide service to out-of-city customers, although none charge lower rates for customers living outside of town. In fact, 61 cities charge suburban or rural customers higher rates than in-city residents. The report further reveals that 49 cities direct a portion of their utility profits to their general fund, and that at least 34 use proceeds from out-of-city ratepayers to aid their general funds.

Whether the PUC will take these findings into account is anyone's guess. The three-member panel charged with making the final decision are all appointees of Gov. Rick Perry, who's no fan of the way the city does business.