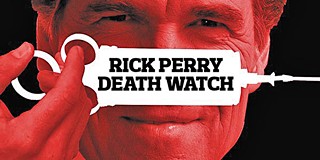 Although his lawyer says he was denied effective assistance of defense counsel at his capital trial in 1999, the state is set to execute John Balentine on Aug. 22, which would make him the 485th inmate executed in Texas since reinstatement and the 246th during Gov. Rick Perry's tenure. 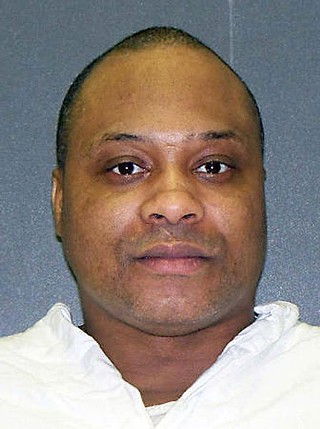 Balentine was convicted and sentenced to die for the triple murder in Amarillo of Edward Mark Caylor, 17; Kai Brooke Geyer, 15; and Steven Brady Wat­son, 15. Balentine reportedly broke into the home where the three were sleeping and shot each once in the head with a .32-caliber handgun – allegedly because of an argument between Balentine and Caylor over Caylor's sister, whom Balentine had been dating.

According to his lawyer, Balentine had a rough and abusive childhood, but none of that mitigating evidence, which could have swayed his jurors to hand out a life term instead of death, was presented at the trial. Indeed, his attorney Lydia Brandt has said, Balentine's court-appointed trial attorney was assigned to the case just two weeks before trial and failed to present any mitigating evidence at all. Balentine's history with the criminal justice system suggests something was not right early on: He was convicted of burglary when he was just 13; by the time he was 24, he'd been in and out of prison on charges that included kidnapping and aggravated assault with a knife, according to the Texas Department of Criminal Justice.

In other death row news, the Court of Criminal Appeals has asked lawyers for the state and for inmate Marcus Druery to supply briefs regarding Druery's argument that he is too mentally ill to be executed. A state district judge last month said Druery, a diagnosed schizophrenic, hadn't made a "substantial" showing that he could be considered incompetent, and declined to hold a hearing to determine just that. Druery was slated for execution on Aug. 1, but the CCA stepped in. Now the court wants the parties to drill down on several legal points, including "what constitutes a 'substantial showing' of incompetency." See "Is Druery Sane Enough to Die?" Newsdesk, July 24.