Point Austin: It Adds Up 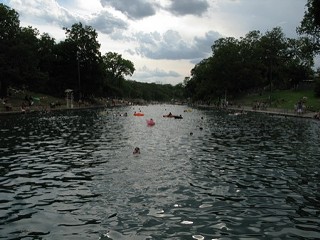 That's the early outlook on various budget projections for the city of Austin, Travis County, Central Health, Austin ISD ... have I missed anybody? Oh yes, the state of Texas and its Legislature, which, like the mystery cat Macavity, traditionally leaves all these other jurisdictions in the lurch and then spends its off-year idly filing its nails and denying all responsibility for the crime.

In most years, budget stories conjure up Con­gres­sional gridlock in D.C., or all-night marathons at the Capitol. At Austin City Hall, the drama is normally confined to late summer debates about what amounts to small change in the general funds budget – trying to move around a few million dollars to address needs that truly require many more. A version of that conversation happened at Tuesday's work session, as council members got crossways over what to put in the proposed bond package for a November vote.

Mayor Lee Leffingwell reiterated that he wants the proposal to hold at $385 million – the amount estimated not to require a property tax increase. Yet he does want to adjust the details, preferring additional affordable housing funds be shifted to capital projects like Austin Studios, the Violet Crown trail, and Barton Springs Pool. Other council members had their own suggestions (e.g., the Dough­erty Arts Center could use some work, reminded Mayor Pro Tem Sheryl Cole), and Mike Martinez (echoed by Laura Morrison and Kathie Tovo) wondered if it didn't make sense to propose a small tax increase if $400 million would allow more flexibility on these various needs.

Nothing was decided Tuesday, but the discussion was shadowed by the larger context – other property tax increases that might be in the works. The city is beginning its formal budget discussions this month, and the proposed
$3.1 billion budget includes an increase – 2.18 cents per $100 of valuation – calculated as a $1.67 per month bump for the median-priced home. That's below the "rollback rate" for which state law requires an election (yet another way Texas binds its municipalities), and city management is proud to have held that line for three years in a row.

If council is willing, what might 2.18 cents buy us? The big new items:

• A 3% salary increase for all city employees

Twenty bucks a year (less for most of us) is frankly not bad, and it's hard to argue with many of those items – it would be particularly nice to see libraries get a boost instead of a cut for a change – although I'm sure plenty of folks can find reason to grouse about one or another thing on that list.

But beyond that $20, there's a series of fee increases, in fact higher than the tax pop: Austin Energy ($6.53/month), Austin Water ($6.77), and smaller bumps on other services. While none of them is outrageous in itself, together, they're not negligible.

That's before we get to the neighboring authorities. Under its preliminary budget, Travis County also expects about a $20 increase on an "average" evaluation (about $30,000 more than the median value, still more than most residents would pay) – but that's before any decision on a bond election for a new civil courthouse, still hanging in the wind. The school district would like to give its employees a 3% raise – for which it would need either to dip into reserves and hang fire for a year, or else ask the voters for a tax hike.

Central Health this week essentially stood pat on its annual tax rate at 7.89 cents, but that's before the elephant in the anteroom: state Sen. Kirk Watson's proposed new medical school, training hospital, clinics, and additional services, for which he suggests a 5-cent hike in district property taxes (est. $88/year) would be necessary (along with pledged funding from the University of Texas, Seton Healthcare, and more-than-matching federal funds).

Watson's a persuasive man, and particularly in light of recent reports about the national shortage of doctors, it's difficult to argue with his vision: "A med school at UT would be the region's essential source of physicians for generations. It would create a pipeline of medical students and residents to provide care to those with little or no insurance, and of doctors who'd make their careers treating us and our friends and loved ones."

Every one of those needs is real, and none of them is about to be funded by a state government that has largely decided to let local jurisdictions swim or sink on their own – especially in public education and health care. By my very rough count – including the med school, but nothing yet for courthouse or AISD – that would be about $150 all told in potential annual increases, if we vote to go along with all of it.

We should have plenty to consider come November.

Departmental budget presentations will be Aug. 15 and 22, with public hearings on Aug. 23 and 30. Council is scheduled to approve the budget Sept. 10-12; it goes into effect Oct. 1. 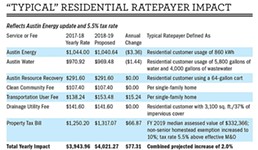