Death penalty is off the table, but so is clemency 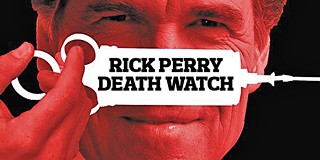 More than three decades after he was sent to death row, Delma Banks Jr. has agreed to accept a life sentence for the 1980 slaying of acquaintance Richard Whitehead – a murder he has long maintained he did not commit.

Banks, who is black, was convicted by an all-white jury of the slaying of 16-year-old Whitehead (white) near Nash, Texas, in 1980. Banks was one of the last to see Whitehead alive, and the state maintained that Banks killed Whitehead in order to steal his car so that he could get to Dallas. There were scant facts to back up this theory, however, and the case against Banks relied almost exclusively on testimony from two men, Charles Cook and Robert Farr – both of whom later recanted their testimony. Cook testified that he met Banks in Dallas when Banks drove to his house in Whitehead's car; Farr testified that Banks had asked him to go to Dallas with him to purchase a gun. As it turns out, Farr was an informant paid by a Bowie County sheriff's deputy to get a gun from Banks, and prosecutors coached Cook extensively, shaping details of his story before he testified. Neither circumstance was disclosed to Banks' defense, and in 2004 the U.S. Supreme Court overturned Banks' death sentence, opining that the state had withheld key evidence and chastising prosecutors for their insistence that it was Banks' responsibility to discover the prosecutors had withheld evidence and not the state's duty to disclose the information in the first place, or, later, to correct the record. "A rule thus declaring 'prosecutor may hide, defendant must seek' is not tenable in a system constitutionally bound to accord defendants due process," Justice Ruth Bader Ginsburg wrote for the 7-2 majority.

Since then, Banks' case has been languishing in Bowie County – until last month when the state agreed to take death off the table (the original prosecutor had been adamant that he would send Banks back to death row), and Banks agreed to accept a sentence of life in prison with the possibility of parole, with credit for time served beginning after the Supremes' decision. That means he doesn't get credit for the 24 years he previously served; he won't be eligible for parole until 2024.

Moreover, as part of the agreed disposition, Banks has given up not only his right to any future appeals, but also his right to seek clemency. Banks "has discussed this matter with his attorneys on several occasions, and has been fully informed as to what it means to waive his right to seek clemency," reads the agreement. "With the exception of Mr. Banks becoming parole eligible in ... 2024, it is the intent of the parties that the conviction and sentence in this matter are final and will not be subjected to collateral attack."

The case had been subject to a gag order and Banks' attorney, George Kendall, declined to comment on its disposition. (For more, see "Supremes to Banks' Prosecutors: 'Tell the Truth,'" Dec. 12, 2003.)