Whatever Gov. Tough Guy says, Texas health care is about to get a federal upgrade

Obamacare is dead in Texas, right?

Think again. Even after Gov. Rick Perry unilaterally declared that he would not expand Medicaid coverage, nor would he instruct the state Health and Human Services Commission to establish a state health insurance exchange, the Patient Protection and Affordable Care Act continues on its path to full implementation on Jan. 1, 2014. And even while the GOP acts like a death panel on the law, Texans are already starting to see its impact – and its benefits.

Perry has been grabbing headlines in the latest round of his perpetual attempt to pick a fight with D.C. In a July 9 letter to U.S. Health and Human Services Secretary Kathleen Sebelius (riddled with his trademark anti-fed bluster), he wrote, "Neither a 'state' exchange nor the expansion of Medicaid under the Orwellian-named PPACA would result in better 'patient protection' or in more 'affordable care.' What they would do is make Texas a mere appendage of the federal government when it comes to health care."

The embarrassing context of the governor's posturing is that Perry's Texas is scarcely a poster child for quality health care. A quarter of the state's population is uninsured – and that group of roughly 6 million people does not include the percentage of those underinsured. Four million Texans currently depend on Medicaid or the Children's Health Insurance Program, and both programs have seen their funding slashed under Perry and the Republican-dominated Legislature. In total, during last year's session, Texas legislators cut 15% from the state's health and human services budget.

But here's the kicker. Perry released his grandiose letter knowing that the Affordable Care Act is in fact happening, whether he likes it or not. Center for Public Policy Priorities senior analyst Stacey Pogue said, "This law, for the first time ever in this country, is going to put into place a system that helps ensure that anyone can afford health care, regardless of their income. They will get help with affording health care based on their income, and it can't be denied or taken away because you get sick, or because an insurance company decides you're not going to be covered."

If Perry actually thought he would be preventing the federal law from taking effect, he was dead wrong. On June 28, the U.S. Supreme Court upheld the 2010 PPACA, and the individual mandate that conservatives detest survived. However, Perry found comfort in one part of the ruling: The law initially required that states expand Medicaid coverage to more people, under threat of having their existing Medicaid funding withheld. But in the majority opinion, Chief Justice John Roberts wrote, "Congress has no authority to order the States to regulate according to its instructions," and so the court rejected that section. States can still expand coverage, but it has effectively become voluntary.

In Texas, expansion would mean adding an estimated 2 million residents to Medicaid, for whom the federal government would cover 100% of that extra cost for the first three years, and then 90% after 2019. That would bring to the state an additional $13 billion a year, totaling roughly $100 billion before the end of the decade. Perry, who has made a career of refusing federal funds in education as well as health care, would rather leave the money on the table – for the benefit of other states.

Spreading that message is part of the uphill struggle for the Texas Well and Healthy campaign. A collaborative project of the CPPP, Texans Care for Children, the Children's Defense Fund, and Engage Texas, it is designed to educate Texans on what more the state can do to implement the PPACA and what is already happening. For example, roughly 1.5 million residents and businesses will be receiving a rebate check from their insurers for excessive administrative charges, and that's just one small part of a shopping list of changes (see "Health Care Changes in Progress"). Engage Texas Director of Healthcare Organizing Mimi Garcia said, "A lot of the elements are federal law, and outside the realms of the governor."

What the PPACA changes most profoundly is the relationship between customers and their insurers. Firms will have fewer excuses for denying people coverage or refusing to pay claims, and there will be new appeals processes. Texans Care for Children Communications Director Christine Sinatra said, "A lot of things were put in the law to prevent insurance firms from ripping people off, and those are still going to affect Texans who have health insurance."

And beginning in 2014, Texans who are not covered by Medicaid, Medicare, or employer coverage will be able to buy their health insurance via a health insurance exchange. Didn't Perry reject the exchange? Well, no. What he did was say he would not tell the state Health and Human Services Commission to construct it. Under the terms of the PPACA, that means the federal government takes over the preparations. The end result will be the same (although the state will have less to say about how it works). Garcia said, "People will have better options and more transparency to go and price compare and purchase health insurance." Importantly, she said, "There will be subsidies for anybody up to 400% of [the federal poverty level], and that's solidly middle-class."

So Perry loses on the insurance exchange, as well. What about Medicaid expansion? Well, it's not his decision to make. As House Public Health Committee Vice Chair Elliott Naishtat, D-Austin, pointed out, "The Legislature can always weigh in." Lawmakers could always introduce a bill to expand Medicaid to the level to unlock that federal cash. Democrats and moderate Republicans could unify behind such a bill, and Sinatra and Garcia speculated that even hardened conservatives will come under pressure from counties and hospitals tired of picking up the bills for treating the uninsured. If such a bill succeeds, then Perry could still veto it. However, Naishtat noted that the pro-implementation forces may have some very important allies in their corner: health care corporations. Prominent health industry media source Kaiser Health News has mused that business pressures may force Perry to back down on his Medicaid refusal, as hospitals and insurance firms are expecting any losses from new PPACA regulations to be balanced out via the Medicaid expansion. "It's a money game," Naishtat said.

Medicaid is a $300 billion-a-year business, and insurers and providers are banking on it getting bigger – no matter what Perry says. On July 9, as the governor was fulminating about the feds "socializing health care," medical management company Wellpoint Inc. held a conference call announcing details of its takeover of rival Amerigroup. The merger makes Wellpoint the nation's No. 1 Medicaid firm, with 4.5 million recipients on its books. Moreover, it finally gives the company a presence in several states, including Texas, where Amerigroup recently wrangled a large Medicaid contract.

Wellpoint is not making the $4.9 billion acquisition just because its owners like barbecue. During the call, company CEO Angela F. Braly said, "We expect Medicaid spending under managed care programs to increase by nearly $100 billion by the end of 2014. These opportunities will develop organically in addition to the Medicaid eligibility expansion under health care reform."

So whether Perry likes it or not, Medicaid enrollment will expand. Indeed, it's already expanding: The bipartisan House Research Organization estimates that, due in no small part to Texas' growing population, the state budget underfunds Medicaid by $4.8 billion. That postponed money will have to come straight out of the state Rainy Day Fund at the beginning of the next session. On top of that, there are an estimated 500,000 to 600,000 children who are already eligible and should be enrolled now but are not. Many of them, plus many eligible adults, will be picked up when the PPACA takes full effect in 2014 and the insurance exchange starts processing applications.

What happens now is that the uninsured use the emergency room by default as their family physician. Between the additional costs to counties, the extra premiums paid by people with insurance, and the fact that emergency treatment is vastly more expensive than preventative care, Garcia questions the fiscal sanity of hanging on to the current system. She said, "If you really want to be a fiscal conservative, using the most expensive treatment for people is not the way to go about it."

With so many extra Medicaid applicants inevitable, Naishtat argues that means the state has to work on beefing up its eligibility determination system. Moreover, the state and the feds need to ensure that their systems will talk to each other. The biggest issue may simply be ensuring that there are enough primary care providers available to meet the increased demand. While Perry may claim that tort reform has increased the number of doctors in Texas, Naishtat is concerned that too many of them are specialists – not the family practitioners and nursing staff the state really needs.

Indeed, that's what HHSC numbers reflect: Nationally, there are an average of 782 registered nurses per 100,000 people, but in Texas that ratio plummets to 609 per 100,000. The commission estimates that Texas will need an extra 138,000 RNs in the next 10 years. Naishtat argues that will means essential investment in medical schools and more slots for students aiming to become GPs or nurse practitioners, and building on existing state incentive programs, like debt forgiveness for rural doctors. It may be tough to lure people away from high-paying specialties – "You're talking about people's professional lives and professional education and what they want to do," Naishtat said – but by instituting smart policies, "you can increase the chances for family docs and RNs."

The political fight is obviously not at an end, as conservative Republicans have been circling their wagons under the banner of repealing the PPACA. The U.S. House has voted 33 times for repeal – stopped as many times by the Senate – and the #fullrepeal hashtag has become a Twitter fixture for rightwing candidates hoping for a Tea Party boost. But the political winds may be blowing against the full repeal armada. Those 33 votes in the House have been cast in the knowledge that repeal would never pass the Senate, and, barring a radical shift in the November elections, that will remain the pattern. Moreover, Naishtat argues that, as Americans start to feel the benefits of reform, from cheaper prescription drugs for retirees to better coverage for children, there will be less political mileage in opposing the PPACA. Garcia argues that Texas should accept the inevitable. "It would be best if we do the Medicaid expansion and accept the funding that's coming from the federal government," she said. "That would be best right now, but it's going to get to a point where we just can't afford not to." 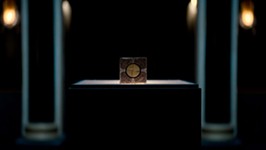