When legislative veterans heard Paul Sad­ler was running for U.S. Senate, the name was familiar. A decade ago, Sadler was a force in Texas politics. As the Dem­o­cratic state rep for Henderson and chair of the House Public Education Committee, he had tried to fix school finance when it was only a crisis and not a disaster. He stepped down in 2002, and has since practiced law and kept a low profile. Now he's back, running for the U.S. Senate seat vacated by retiring Republican Kay Bailey Hutchison. Sadler considered his changed circumstances and said, "You just never know how life's going to turn out, and you never know when the opportunities are going to be there."

Sadler faces a run-off July 31 against Grady Yarbrough, a little-known retired schoolteacher who's made an intermittent hobby of running for state office, as either a Republican or a Democrat (see box). The conventional presumption is that the GOP will hold the seat, and that the real election is happening in the Republican primary run-off between Lt. Gov. David Dewhurst and former Solicitor General Ted Cruz, whose insurgent campaign forced a run-off, and now leads in recent polling, especially among voters who describe themselves as "very excited" by the race. There's never been a July run-off before, so no one knows who – if much of anyone at all – will turn out for the July 31 vote – so that voter energy in Cruz's base may well turn out to be key. 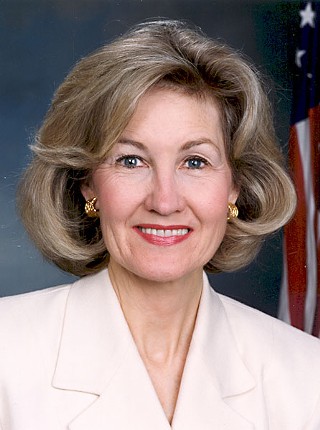 The elongated campaign has been a headache for Sadler, even though he had anticipated a second round. With three other contenders in the Democratic primary, it seemed unlikely that he would break the 50% barrier to secure the nomination. On May 29, he was at Speakeasy on Congress Avenue for the Travis County Democratic Party primary watch party, waiting to see which of his rivals would make the run-off. The survivor was a surprise: Yarbrough, a retired public school teacher from Tyler with zero political experience other than a handful of failed statewide campaigns – including two runs for the Republican nomination for land commissioner. What surprised many was how close it was: Sadler pulled only 35% of the vote, while Yarbrough – whose sole claim to public knowledge seems to be a name similar to that of the legendary Democratic Senator Ralph Yarborough – garnered 26%.

Last week, with a month left in a primary campaign that began in December, Sadler was in his Congress Avenue law office; his staff was on the road, and he was soon to follow. His campaign had been put on hiatus, but not by choice. Between redistricting, the legal challenges, and the delayed primaries, he said, political activists are essentially burnt out. "Everyone got through the conventions and scattered," he said. "Judging from everything around the state and all the campaigns, it looks like everyone decided, 'We'll get through July Fourth and work after that.'"

It's been a long time since Sadler had to construct a campaign. As a freshman lawmaker, he was part of the class of 1991, a contingent that included heavy hitters and veterans like current Sens. Rodney Ellis and John Carona, and Austin Rep. Elliott Naishtat. Sadler might still have been among their ranks, but in 2002 he stepped down to help care for his son Sam, who had been seriously injured in a car accident. "I never thought I would run again," Sadler said. A year later, with Sam making a remarkable recovery, he took a shot at the Texas Senate. Republican Lt. Gov. Bill Rat­liff was vacating his Senate seat, and while Sadler led in the first round of the special election, Republican Kevin Eltife won the run-off.

So why return now? It really started in 2010, when Hutchison launched her unsuccessful run for governor and finally announced that she was stepping down from the U.S. Senate. Sadler saw an opportunity, but then, so did just about every ambitious politician in the state. Initially, the Democratic machine made retired Lt. Gen. Ricardo Sanchez its heir apparent. Sadler said, "I've been through this long enough to know that, if the party operatives start lining up behind one particular candidate, unless you've got a ton of money, then you've got a pretty tough row to hoe."

But in December, Sanchez withdrew. Even with other names in the field, Sadler said, "I just thought, I could do a better job than they could." He's also clear on why he's returned for a Senate run, rather than a lower office like, say, one of the new Congressional seats. "It's the depth of the issues," he said. "You deal with all the domestic issues and all the foreign affairs issues. It's arguably the most deliberative body in the world." Even though the U.S. House deals with the same policy concerns, Sadler said he had little interest in getting caught up in "a young man's game. To go into the House with its 435 members, you've got to be there long enough to work through their seniority. It takes 10, 15, 20 years to get to a position that really matters. The United States Senate is 100 members, and you're going to have an impact the day you step in."