Downballot Details: A Bag of Run-offs

In the downballot races, the GOP has more to consider 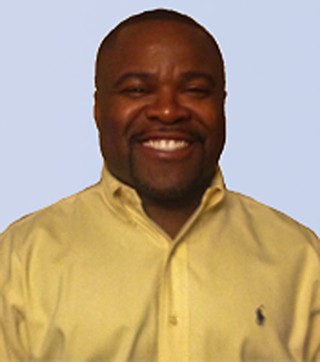 That remains the primary question for the primary run-off, pushed to midsummer by legal battles over redistricting that remain unresolved. Nevertheless, Demo­crats and Republicans are asked to return to the polls July 31 (early voting July 23-27) to reconsider a small number of races not decided in May's first round. Aside from the high-profile races for U.S. Senate, and one local state senate race (below), there are a few others worth noting, most on the Republican ballot.

Other than the U.S. Senate race ("No Way to Pick a Senator") and a half-dozen contested races for precinct chair, the only other contest on the Travis County ballot is in Precinct 2: the run-off between Michael Car­gill and Adan Ballasteros for constable of that precinct. As Richard Whittaker has reported ("Mud and Experience," May 5), each of these candidates carries significant baggage: Incum­bent Ballasteros has a clouded history from his earlier career with the Department of Public Safety, while challenger Cargill apparently does not meet the law enforcement qualifications for the job and is most prominently supported by handgun enthusiasts for his opposition to even minimal gun controls. Ballasteros has sued Cargill for defamation, and Cargill suggests he might sue concerning allegedly illegal Ballasteros fliers posted on mailboxes. In the initial vote, Ballasteros led 42% to 31%, but there's no telling who will show for the run-off. Call it a toss-up. 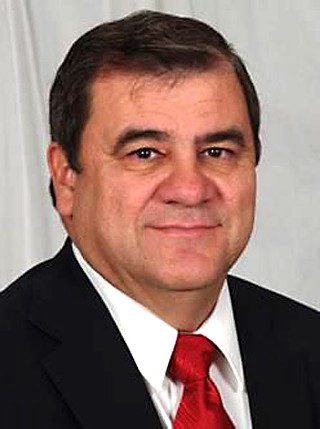 On the GOP side, there's a bit more up for grabs. Congressional District 25 (including some of western Travis County but anchored near Fort Worth) features deep-pocketed car salesman and party insider Roger Wil­liams (why hire congressmen when you can be one?) and Tea Party "constitutionalist" Wes Riddle, who just won the endorsement of Ron Paul. Williams garnered 25% in the first round to Riddle's 15% – and is better known from his years of bankrolling GOP candidates and a three-year term as secretary of state – but Riddle's supporters (especially the Paulites) are likely to be more motivated. The CD 25 campaign has been accurately described by the Fort Worth Star-Telegram's Bud Kennedy as an "Obama-hating contest" – earsplitting in direct proportion to its triviality – and the winner of that ranting match in this heavily GOP-gerrymandered district will likely waltz into Congress in the fall, although Lago Vista Dem­o­crat Elaine Hen­der­son has begun to mount a minimal and underfunded campaign.

There are two run-offs in the Railroad Commissioner races (the RRC monitors the energy industry, not railroads). Long­time Pampa state Rep. Warren Chisum faces Christi Crad­dick, energy attorney and daughter of former House Speaker Tom Craddick; Perry-appointed chair Barry Smitherman, running to complete his unexpired term, is challenged by Comal County Commissioner Greg Parker. Chisum and Craddick are effectively competing to deregulate the industry in which they've earned their livings (denouncing the "liberals" in Washington and making generic accusations against the Envi­ron­mental Protection Agen­cy). Smitherman has been a competent administrator and even contemplated actual penalties against industry bad actors; Parker's distinction is a self-published book (Global Warming ... Really?), which attempts to debunk the science of man-made climate change.

The run-off for state Supreme Court, Place 4 – incumbent David Medina (appointed by Gov. Perry) challenged by former district judge John Devine – is notable for the checkered records of both candidates. Medina has been a sometimes-reasonable justice (he dissented on the notorious recent court decision to undermine public rights to Texas beachfront), but he and his wife were implicated in a suspicious fire at his own Houston home, which was threatened with foreclosure (the grand jury indicted her for arson and him for fabricating evidence, but the Harris County district attorney immediately dropped the charges). Devine is an anti-abortion zealot, best known for successfully defending his right to hang the Ten Com­mand­ments in his court; this week a couple of Repub­lic­ans reported that he told them he had filed against Medina because the justice "has a Mexican name" and therefore should be vulnerable in a Republican primary. Devine denies the charge. Medina garnered 39% of the initial vote, Devine 32%; in a hot-blooded run-off with plenty of hard-right voters, Devine may well be right.

The initial vote for State Board of Education, District 10 (including northern Travis) ended in an effective dead heat between Round Rock schoolteacher Rebecca Osborne and former teacher Tom Maynard, longtime executive director of the state Future Farmers of America. (Perhaps seeking actual educational credentials, the voters rejected GOP activist and perennial candidate Jeff Fleece.) In November, the GOP winner will face Demo­cratic nominee and educator Judy Jennings in her second attempt at the seat.

And in a minor marker of greater interest in the GOP ballot, two dozen of the party precinct chairs are contested. 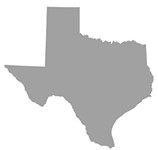