Ever since the first round of preliminary STAAR test results were released on June 8, Texas parents have worried about whether their child should go through the stress of retesting. The House Public Education Committee put the same question to the Texas Education Agency on June 19 as they analyzed the latest iteration of standardized testing in Texas. The consensus was that someone will write a bill on retesting requirements next session, but committee chair Rob Eissler, R-The Woodlands, said, "It won't be us."

"Not true," replied vice chair Scott Hochberg, D-Houston. "We just won't get to vote on it." Their banter hid a worrying truth for education policy in Texas: Five of the 11 committee members will leave the Legislature before the next session, and those two are presumed to be the biggest losses. Eissler lost his primary, and Hochberg – broadly regarded as the smartest guy in the room on education – decided not to run again.

The Houston Democrat became increasingly frustrated by the lack of clarity from the TEA staff on one core issue: If the tests are supposed to be closely aligned to the curriculum, then why are passing scores so low? He was most concerned about the low targets for Level I – an unsatisfactory score that still counts toward a student's final passing grade. There is bipartisan concern about the testing regime, with Reps. Jimmy Don Aycock, R-Killeen, and Mark Strama, D-Austin, leading the charge on the problem of retesting. Both were troubled that rising ninth graders who found themselves behind in their end-of-course tests may be more likely to drop out. Strama raised the possibility of moving away from set testing dates to a system in which students could take an online test when they were ready. He was told that such a system would require a complete overhaul of the testing program and a massive investment by districts in computers.

The abiding concern was that the TEA was delivering testimony to a committee that will not be around to work on their advice. "This is a strange day," said Hochberg, as he told staff to provide more information later. However he reminded them that, while the committee will inevitably see many new faces, "There's a few people on it that can still put statutes in next time." 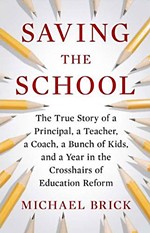